How to transform a pixel image in vector logo in Inkscape?

I don't know if I'm in the right place, but I would like to know how to transform a pixel image I've made into a vector logo ?

I use this picture for my favicon of my personal web site. And if you have any software recommendations, I work on mac. I prefer use an open source one. 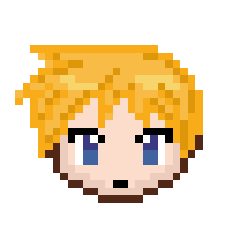 These are the steps involved:

This guide will not lead to the desired result of a pixelated vector graphic when working on a very small icon source. To still get the pixelated effect on tracing we have to first upscale the icon before importing to Inkscape.

I'm not proficient in the program, but it can be done in Inkscape. I'm sure someone will swoop in and explain it in inkscape. One thing I noticed when I zoomed in on the image is that there is an impreciseness with those squares in your image. Whoever made this image used alternating row width of 7 pixels and 8 pixels which makes it slightly more involved of a process when making a grid for the pixelated effect.

The low down, quick way is to use image tracing in Adobe Illustrator, it literally takes less than a minute compared to the more involved process of recreating the pixels using a grid. I'm not 100% sure if bitmap tracing in Inkscape will yield the same result.

In any case the process in Illustrator is to import the image and then use the image trace with roughly the same settings as the image below. It will yield a rigid pixel-like effect. 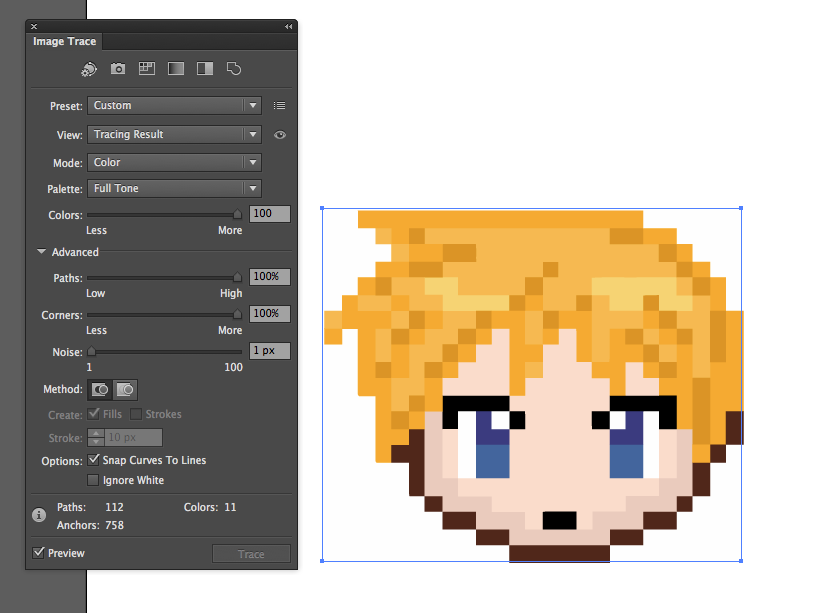 The effect zoomed in. For most of the effect there will be no abnormalities.

However, certain areas you will need to fix the paths manually because they are slightly off. 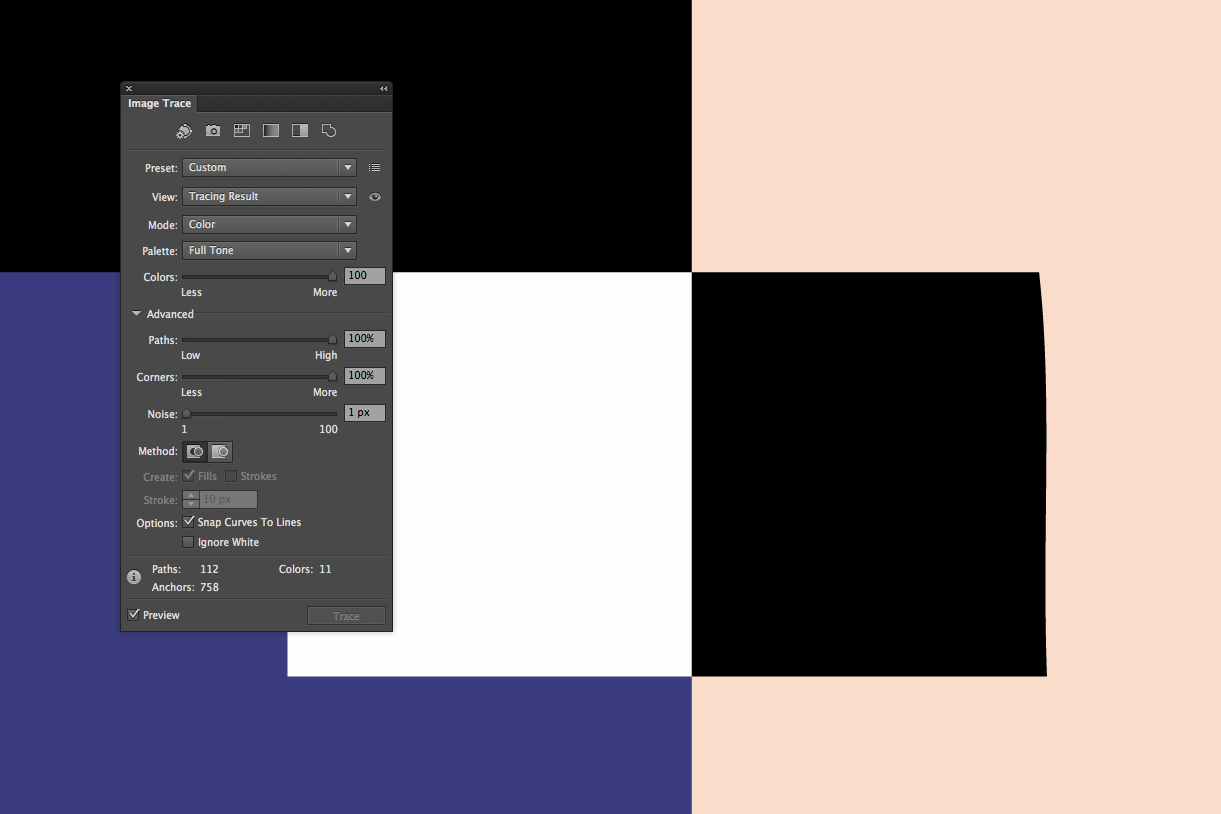 There is no need to use vector graphics when you want a pixel-y look. You can just use GIMP to upscale your PNG file. Here's how:

However, if you're extruding the pixel icon in Blender, then you will have to use the Inkscape method.

Not the answer you're looking for? Browse other questions tagged vector software-recommendation pixel-art or ask your own question.

8
How do I easily convert a fuzzy pixel art image back into pixels?
0
Best practices for exporting images from vector / eps artwork
13
How do I get my vector logos to look super sharp on the web?
0
Are there any Graphic Design e-commerce solutions?
4
How does pixel hinting work?
1
Professional software to replace Geometer's Sketch Pad
1
How to digitize a logo from a geometrical description on paper?
3
Is there a way to convert pixel art into vector?