I'd like to join a transparent line and a transparent filled circle together without creating an overlap region with a different transparency. How can I do this in InDesign? None of the path or pathfinder tools seem to accomplish this.

Note the small overlap region (between the yellow circle and the line) which is darker colored because two transparent objects overlap. I want to avoid this type of overlap.

EDIT: from an answer below (thanks) I realize my illustration was unclear. I am talking about the overlap between two yellow objects, pointed out by the red arrow: 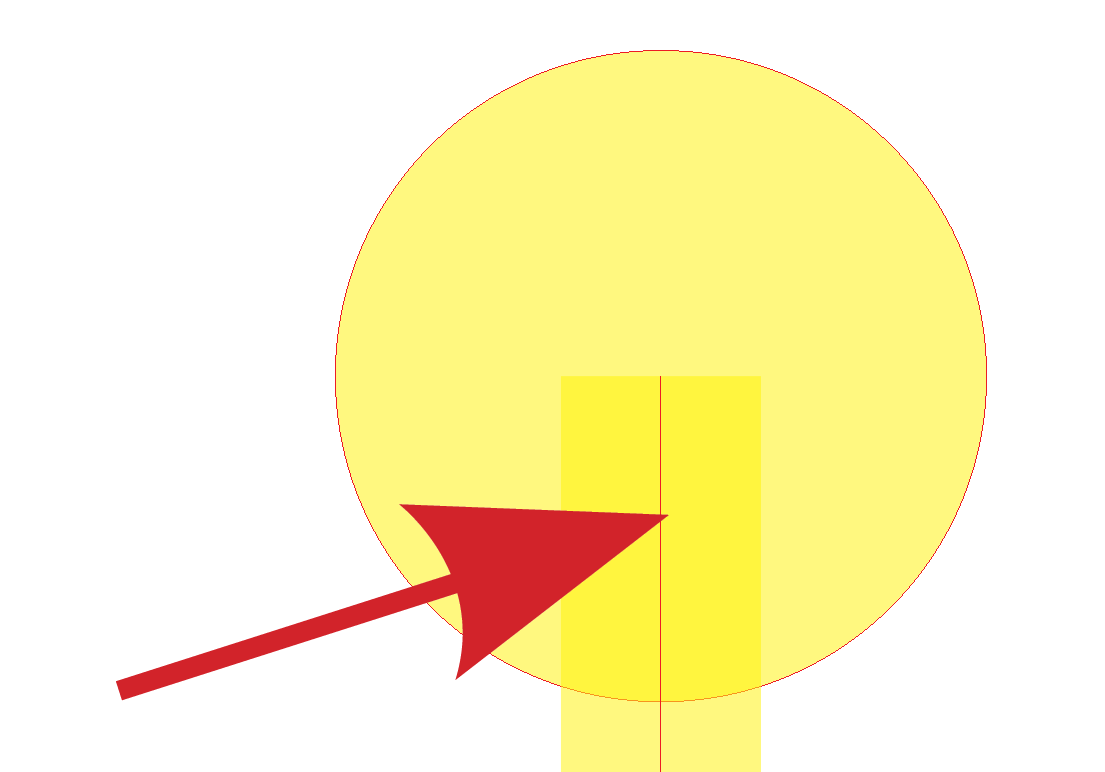 I would like to get rid of the darker area where the two shapes overlap (that is, not delete, but just have it be the same color as the rest). Using Pathfinder > Add, however, causes some unexpected behavior: the circle inherits the fill and stroke properties of the line, and the line disappears (it's not that it has stroke width zero, it's just gone): 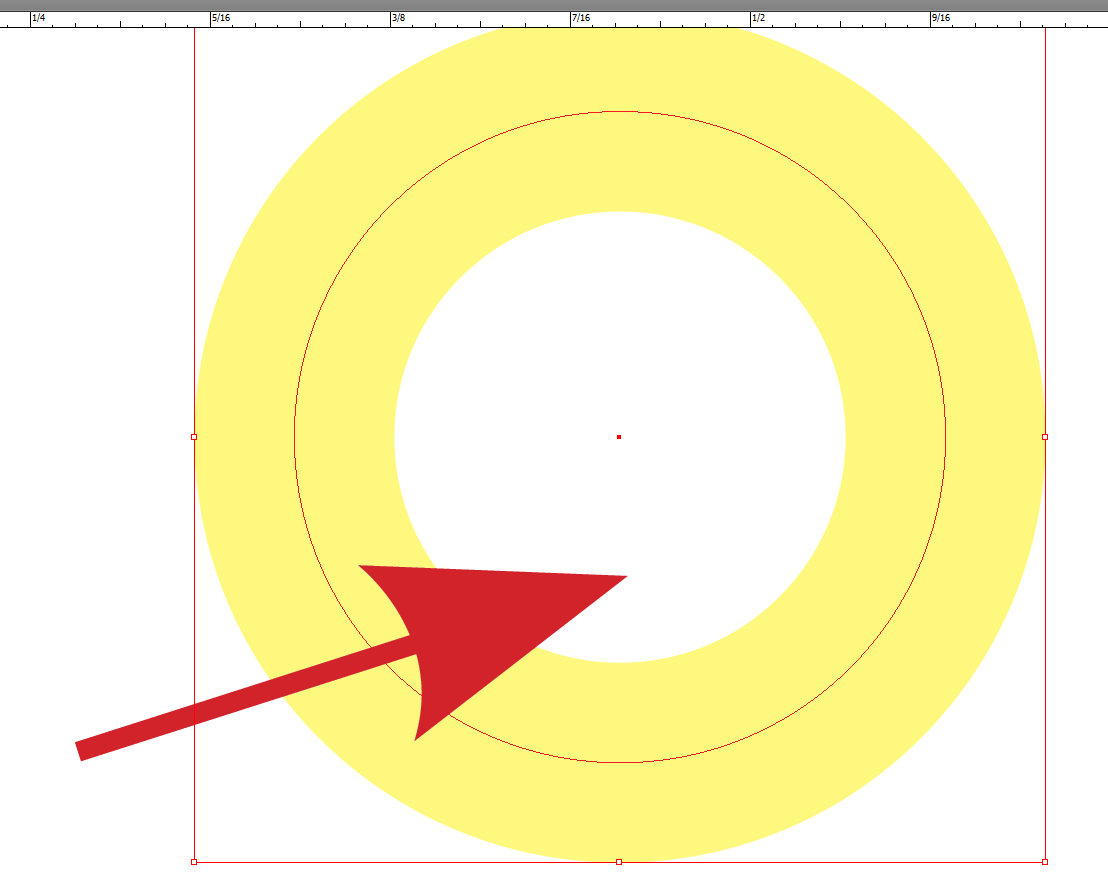 How can I avoid this ugly overlap area?

I see several overlaps, so I'm not entirely certain which one you're talking about. If it's the yellow line overlapping the black and the circle simultaneously, I see two options:

The first is with the Pen tool. Select the yellow line and switch to the Direct Selection Tool (shortcut A), which will expose the frame's lines and anchor points. Switch to the Add Anchor Point pen tool (shortcut =) and add an anchor point in the center of the top edge by dragging sideways (hold down Shift to constrain the handles to extend horizontally). If the path goes crazy, drag in the opposite direction; only one direction will be correct.

Unfortunately, ID doesn't have Illustrator's nifty "align anchor points" capability, so the next step is manual. Switch back to the Direct Selection Tool and press Ctl-Shift-A (Cmd-Shift-A) to deselect, then select ONLY the new point and drag it down to the edge of the circle. Adjust your two top corners similarly until you have no overlap.

That covers the general case of any kind of object "trimming," including text frames and text-wrap on objects. This would be how to handle the overlap of the yellow line over the black diagonal (except you don't need to drag because you don't need a curve.

The quick way(!) here is to select the yellow rectangle and the circle, then use Object > Pathfinder > Add. You then have a single shape that behaves as a single object.

[Added after question clarified]: Rather than trying to intersect a stroke and a shape, redo the stroke as a rectangle and then join the two shapes with Pathfinder > Add.