I made an image in Illustrator with the pen tool and stuff and now it's kinda transparent. When I click the opacity however, it says that it's 100% on both the layer and the path. I have other layers that look perfectly fine, and if I multiply this layer then the opacity increases. I'm not sure what the problem is.

Transparency window and appearance windows say 100%. Also, I discovered that when I take a path from the layer and put it on a different layer, the opacity works fine. 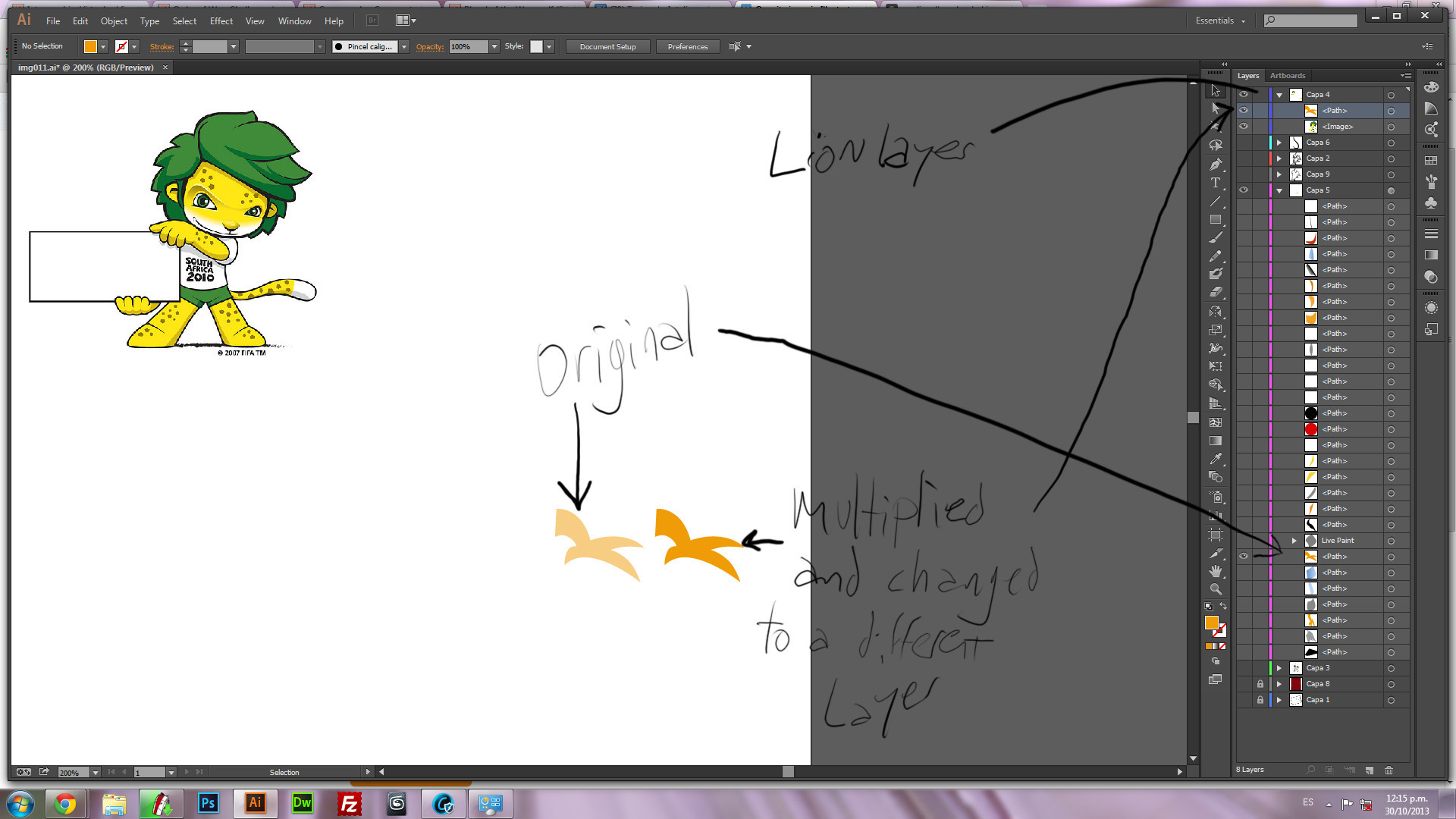 There are multiple ways to change the opacity of an object.

1) Change the opacity of the entire layer. This is not your problem, since you're already stated that it's at 100%.

2) Change the opacity of the path. Also not your problem, as you've stated.

3) Change the opacity specifically for the stroke or fill. This may be your problem. In the appearance panel, click the expand arrow to the left of the stroke and fill effects and ensure opacity is set to 100%.

In the options panel in the Appearance window, try "Reduce to Basic Appearance" this was what I had to do when working through some tricky buried transparency effects from an svg file I imported.

Just ungroup the objects. Then is will show the accurate opacity setting and you can set it to 100%.

I just had this problem, and for me it was just a layer problem. The object with the unwanted transparency was on the wrong layer.

Not the answer you're looking for? Browse other questions tagged adobe-illustrator transparency or ask your own question.

3
How to manage overlapping shadows without using clipping masks in vector illustrations
7
How to use After Effects Trim Path with an Illustrator Path
1
How do I select objects from the Layers Panel in Illustrator?
0
SVG text cross-browser compatibility issue
1
Why isn't this symbol stainer tool working on this symbol?
2
In Illustrator, how do I make paths transparent below fills?
5
Illustrator shows a faded color of the color I select
3
Edge line between partially transparent shapes in Illustrator
0
Opacity problem with Illustrator and general inquiry