Is there a best way to convert an image from colour to black&white?

This is a simple question but it doesn't seem to be here.

My question: Is there a better way to convert a colour image into a B&W (in photoshop) one than just changing the 'mode' of the image? By 'better' I mean 2 things: non-destructive and also the ability to have more control over the results (the brightness, contrast etc.)

If it's a photograph, then there are techniques that make the converted image look like a "better" black and white photograph.

This page "7 Black and White Photoshop Conversion Techniques" seems to cover that particular area of the subject rather well.

You can do these things without changing the mode just have to work with adjustment i have attached some SS to show you a Quick way to do the B&W thing..there are lots of option doing this in PS. 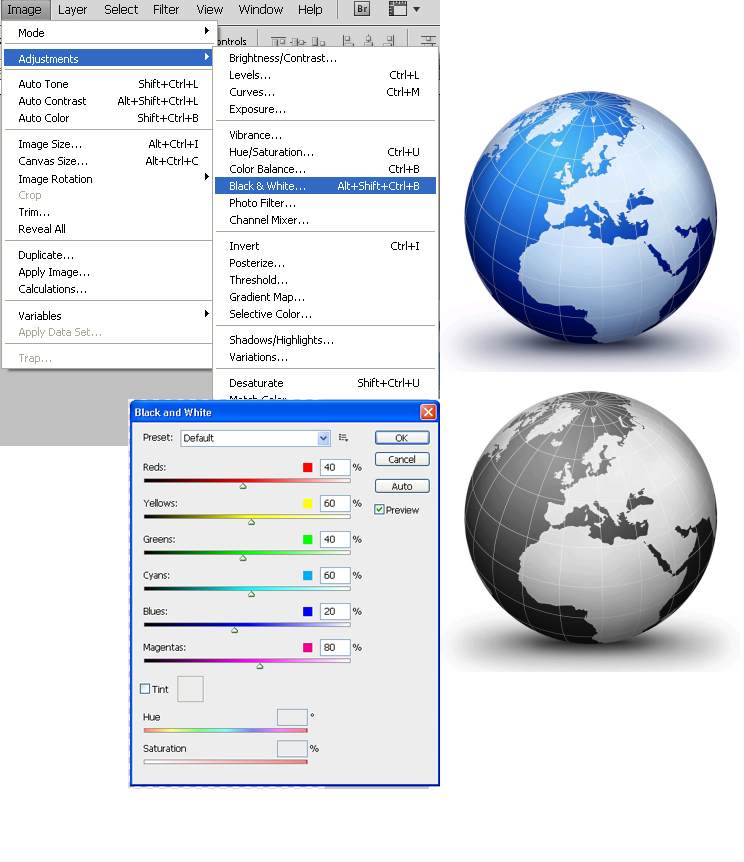 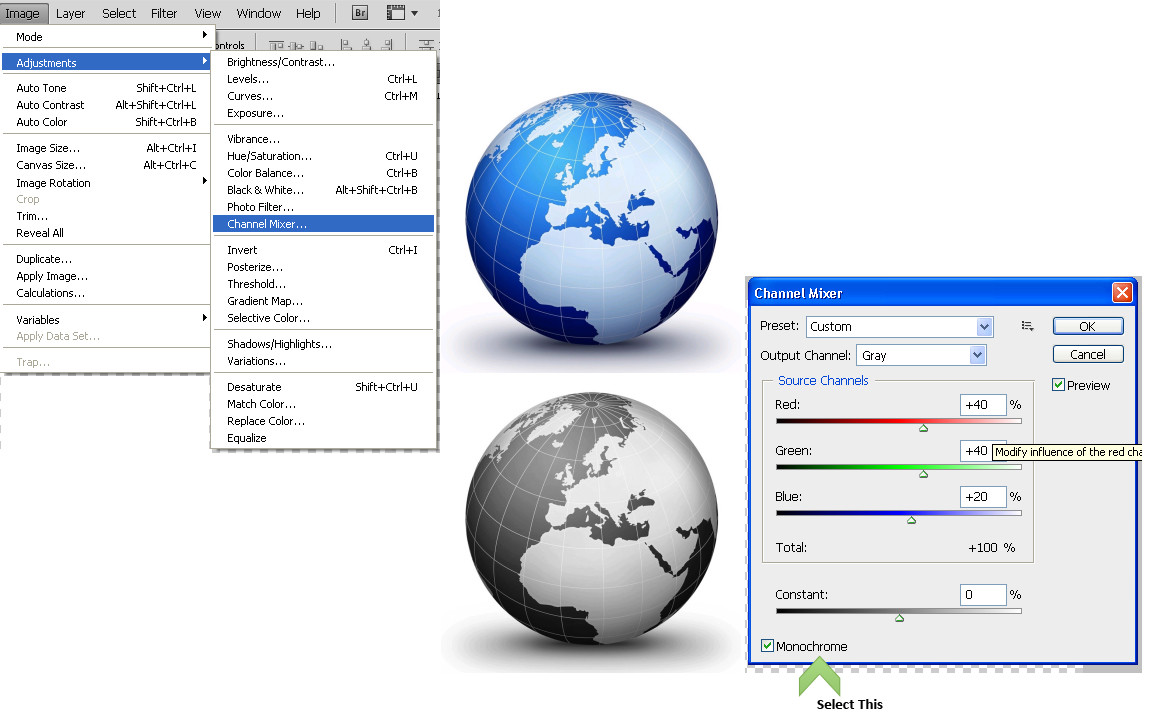 You can just select desaturate option and see how it changes 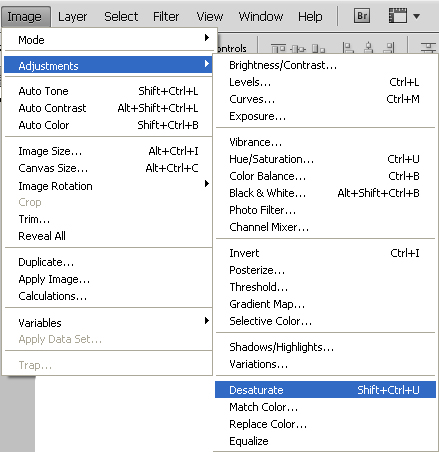 Create an all black or white layer that sits on the very top of your image in Photoshop, then set its blend option to "Saturation." This allows you to change between color and B&W without ever having to destroy the color information.

Occasionally, one of the red/blue/green channels results in a better conversion. In those rare case, one might delete 2 of the three channels.

There are several better ways.

So we've narrowed the target a bit, but we still have several options. Several of them are beloved of geeks and "old-timers," but much as I love them myself, they don't ultimately have any advantage over the two I'm going to suggest, they are either more complex or require getting quite far under the hood or both, and they tend to be a bit "all or nothing."

The two non-destructive methods that give you the most control are the Black-and-White filter (CS3 and later) and Camera Raw (CS4 and later, for raw, jpeg and tiff images). The endless power to tweak can be so interesting that you lose hours of sleep, miss meals and generally wreck your social life, so be careful. :-)

At the end of the process, if you need an actual grayscale image, use Image > Duplicate Image to create a copy of the working PSD, flatten it (important), then convert.

If you are looking to non-destructively go from color to gray scale with the option to come back to the color photo then using Adobe Fireworks instead of Photoshop would be a better option.

Not the answer you're looking for? Browse other questions tagged adobe-photoshop color color-conversion or ask your own question.

27
How do I change the colour of a shape in Photoshop after I've drawn it
1
photoshop render fibers and export as transparent background png
1
Grayscale, washed out effect for web page footer
3
Best way to make a lighter version of an texture without losing quality?
0
Matching printed images to what is seen on screen
0
Black and white image won't change colour
4
Print true black from Photoshop
3
Why is the W3C contrast score recommending hard-to-read text?
1
How to make image more iridescent in photoshop?