I have just received some business cards that I ordered to a local copy shop (not a printing house). The result is acceptable, but it doesn't look very professional. It is 87x54.5 mm, while the standard size is 85x55 mm.

As I am not a graphic design professional, I ask you guys to help me identify the printing practises that drove to these mediocre results: 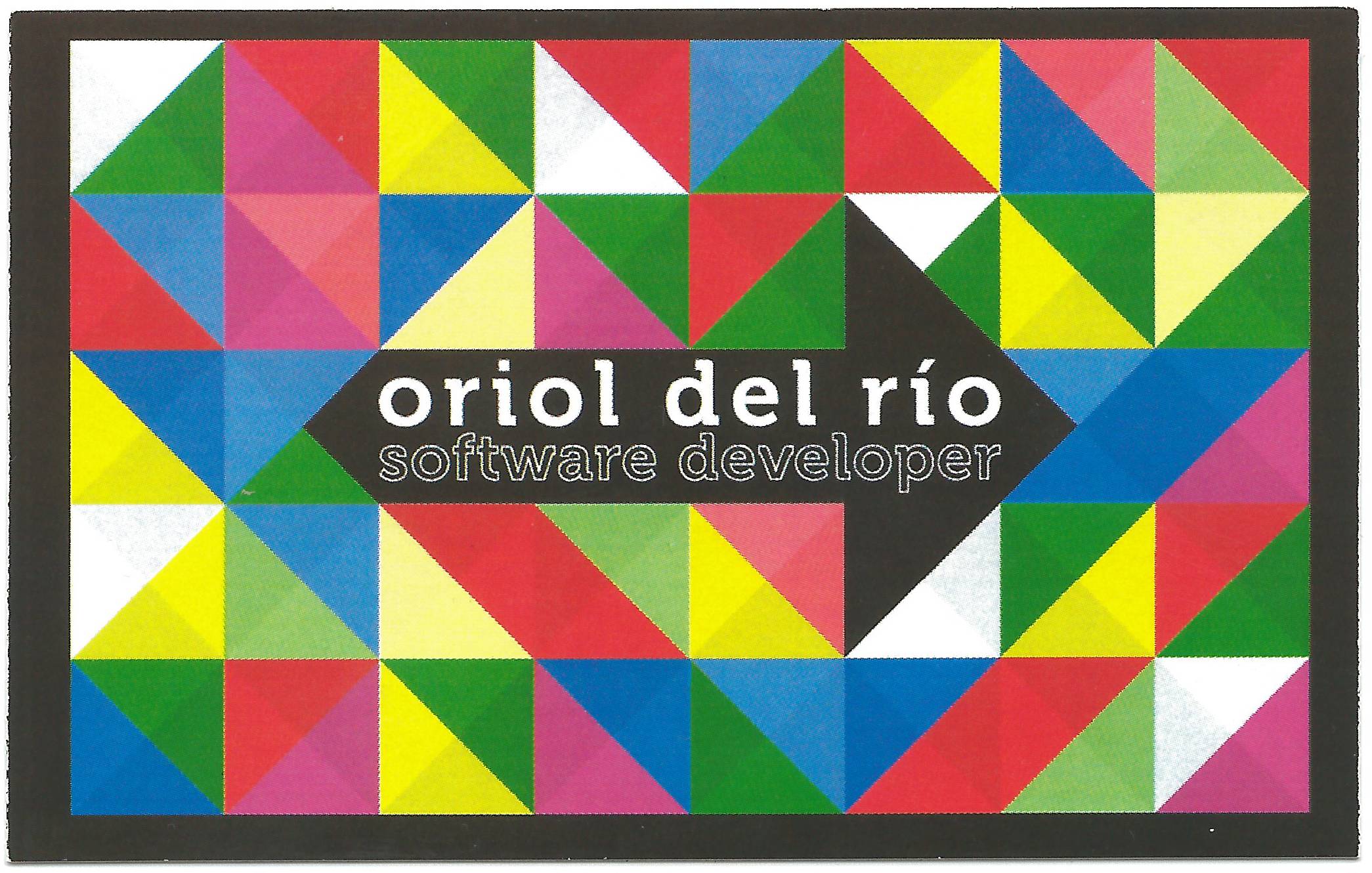 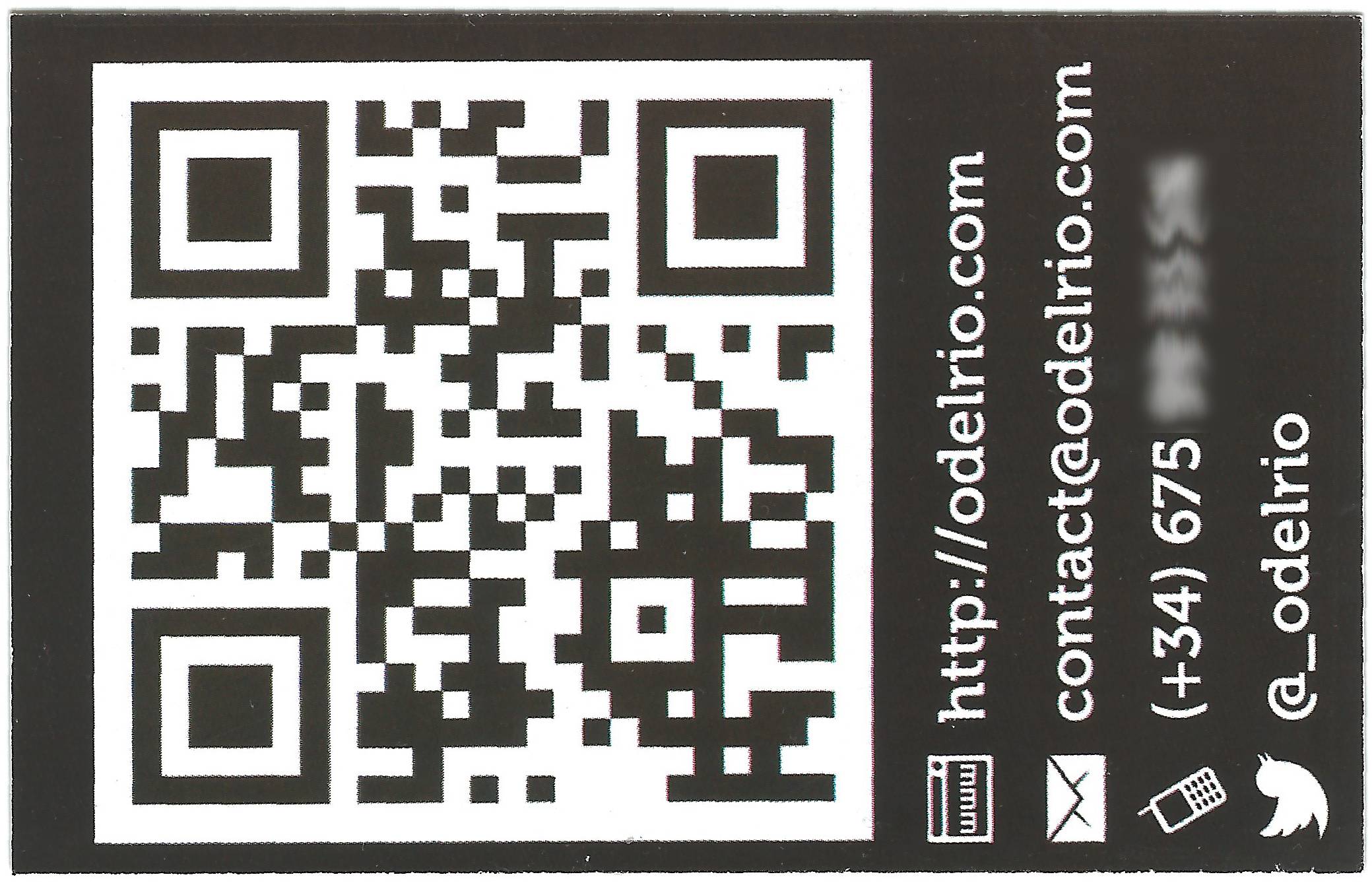 Notice the cutting irregularity and misalignment. 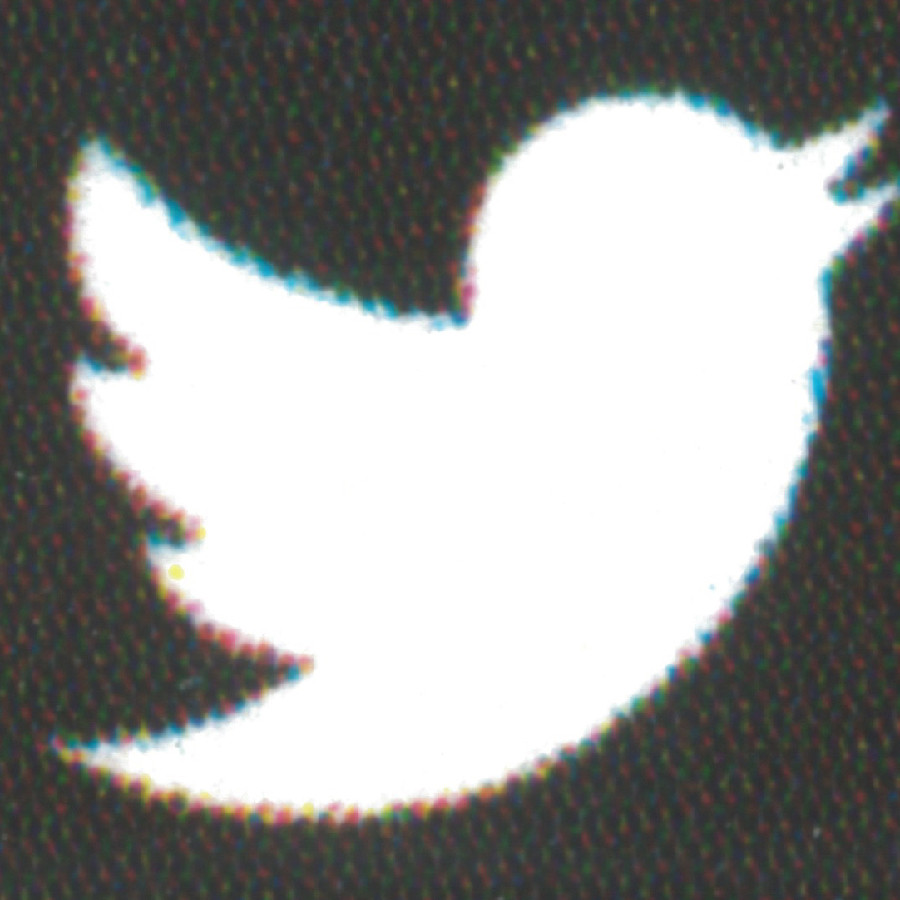 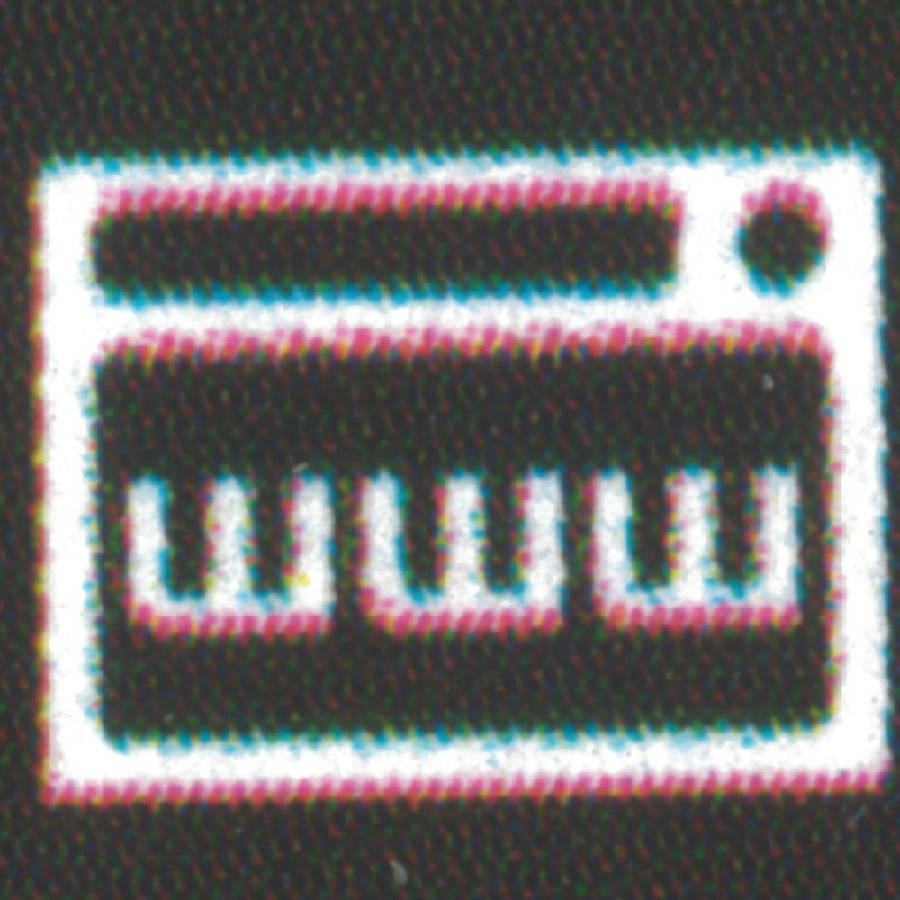 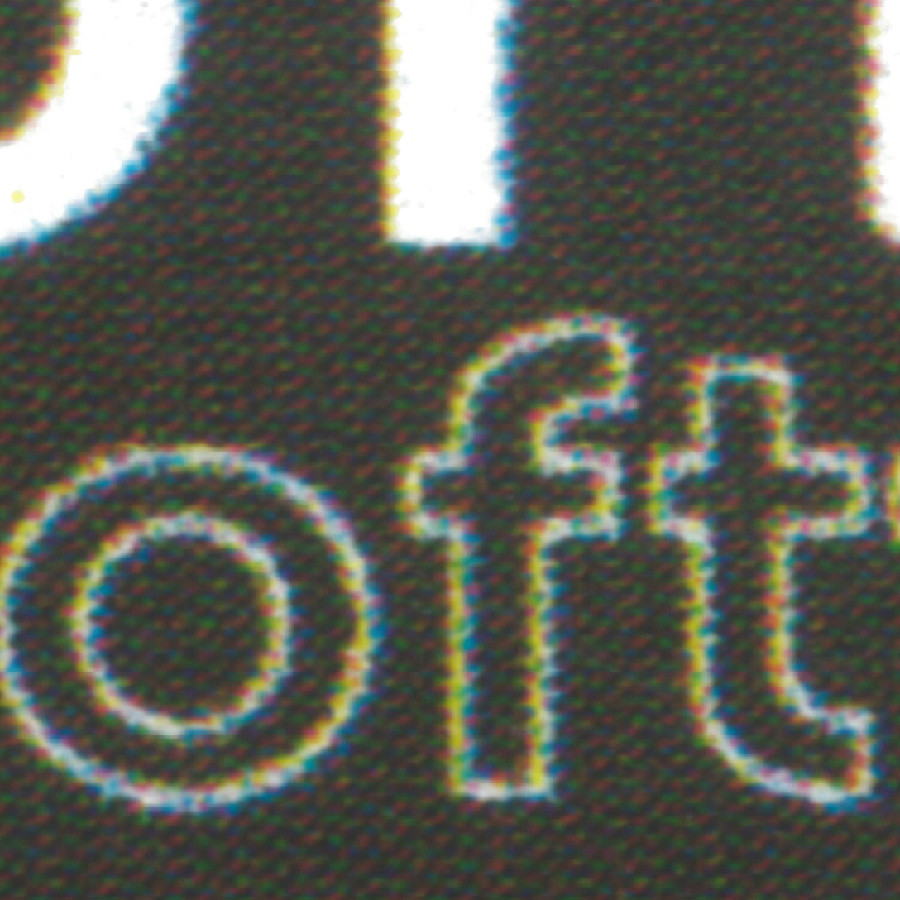 Notice the yellow ink inside the letters. 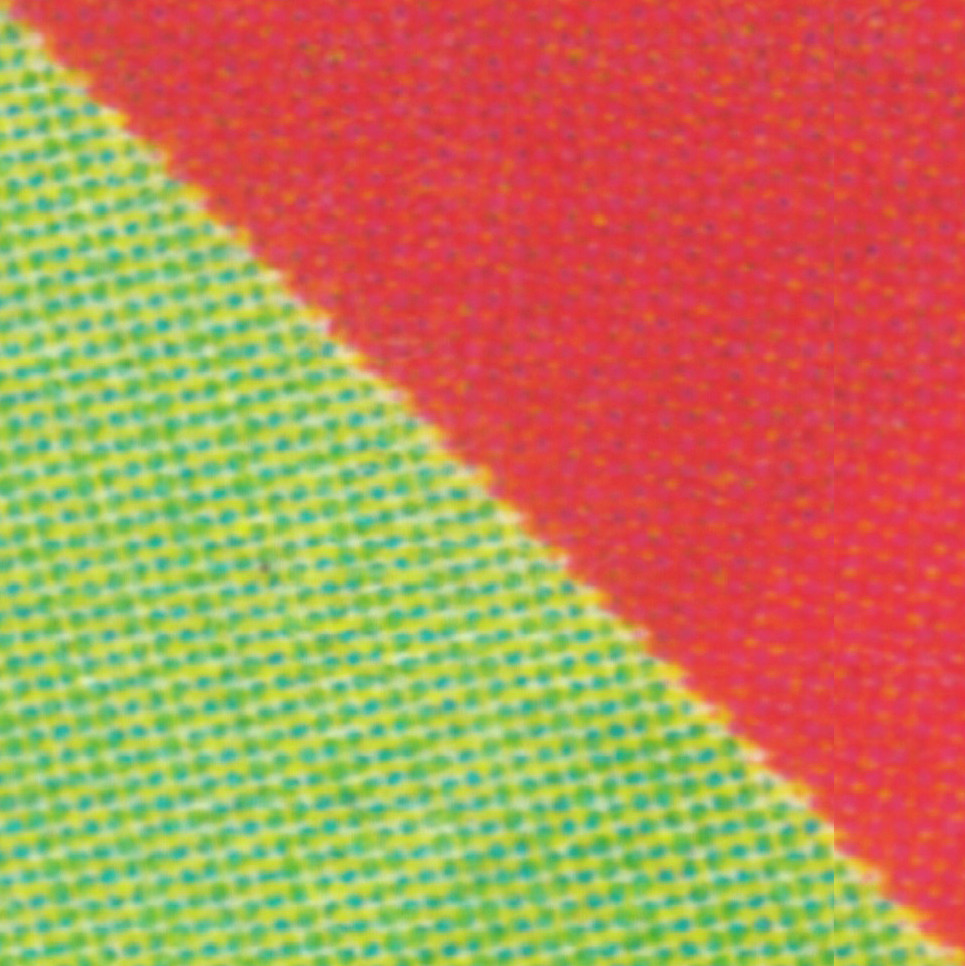 Notice that, when zoomed out, there's a visible yellow diagonal line between red and green. 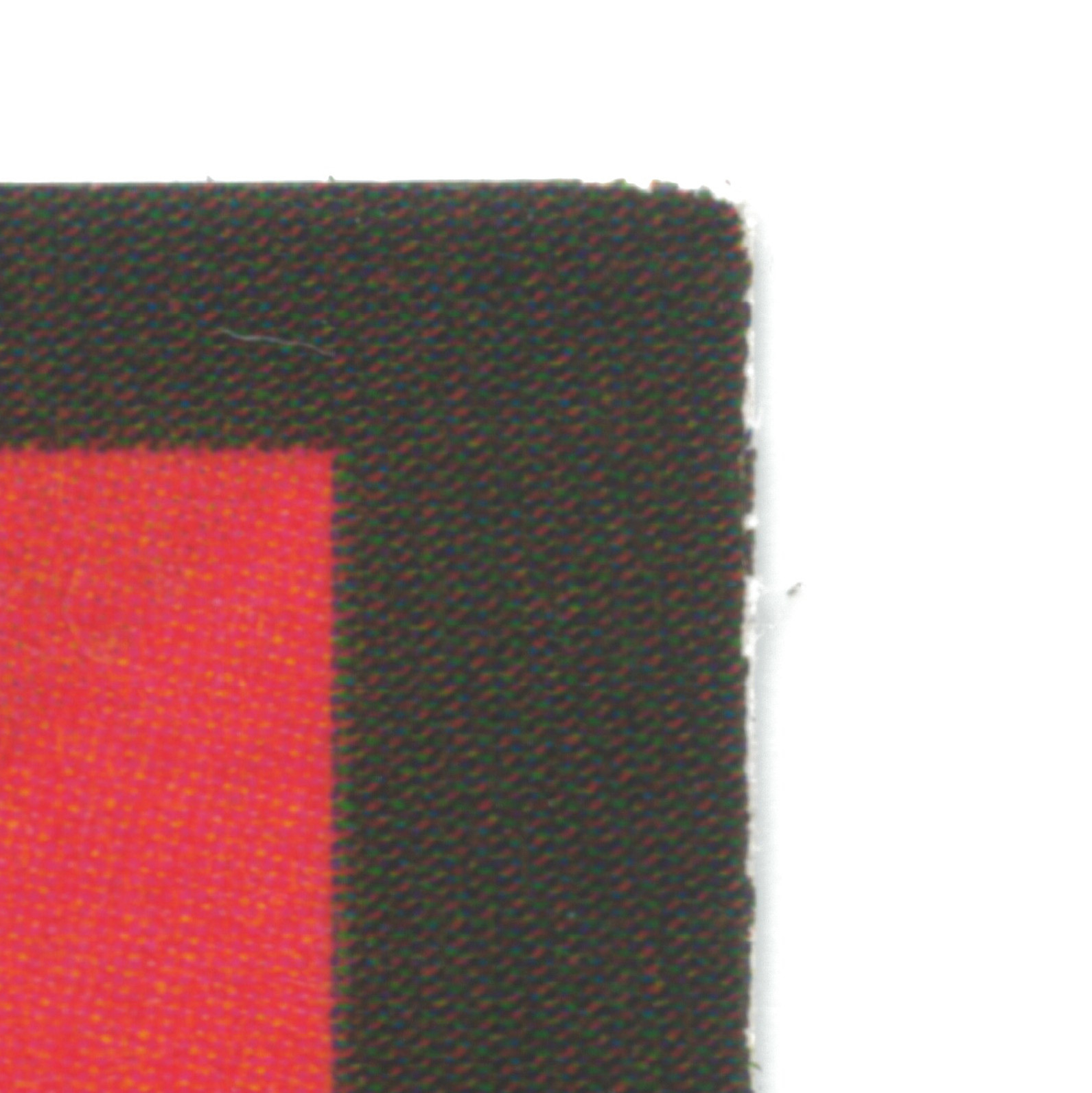 Do you think this is inkjet or laser printed? What do you recommend me to take care of next time?

I used two files (front and back of the business card): 85x55 mm, TIFF, CMYK and 300 dpi. You can optionally download them:

I cannot guarantee that any of my suggestions would result in a better print, but here are some things that stick out to me:

Design in vector whenever possible

There is nothing in the design that you've posted that cannot be saved as a vector. It looks like the jagged lines in "printing detail 5" are a result of providing raster art instead of vector. Assuming the sample tile you've provided is the roughly correct size, here is how it matches up with the artwork:

Vector graphics are resolution independent. If vector, the "jagged diagonal" in your artwork would be non-existent, allowing for the smoothest print result possible.

Ask your printer how black should be specified

If I take off the visibility for the black channel, your card should ideally still have a uniform appearance. But that is not the case:

How black should be specified will vary from printer to printer. The best thing to do is ask.

Ask for a sample

Dominic already pointed it out in a comment, but it's worth repeating. Ask for a sample before handing over any money. This does not mean that you should ask for a sample of your business card printed, that's usually an unreasonable expectation unless you are ordering in very large quantities. For a smaller run, just a sample of previous work that the print shop has done will do. Without a sample, you have no baseline to set your expectations by.

Looks like a bad laser print from the 90's and blunt cutting machine.

Generally next time you set up the file, it's a good idea to include what you call "bleed". This is where you extend the image or background color to be a tiny bit larger than the inteded finished size. For cards it is usually 2-3mm extra. Check with the specific printer if they have a 'preferred bleed'.

Using 2mm bleed with your intended 85x55mm, you would set up the artwork canvas to be 89x59mm (of course keeping text well within the edges). When they cut the card down to size (85x55mm), this prevents misaligned cutting showing white/blank edges etc.

Suggestions for next time:

Speaking from the point of view being a copy shop operator for almost 20yrs, you can't expect a registration better than +/- 1mm in everyday's business. Yes, adding bleed helps but in order to get peferctly even borders on both sides, the printer needs to have a perfect registration which is quite unusual for these kind of rush jobs.

20
What CMYK values should I use for rich black, and how should I handle tints/shades?