What should be considered when using very thin lines on a print piece?

I'm designing a card game and my friend (who is a graphic designer and works at a commercial printing establishment) told me to keep in mind the thinness of my lines when sending the docs to print.

An example of one of the graphics she was concerned about (the front box art): 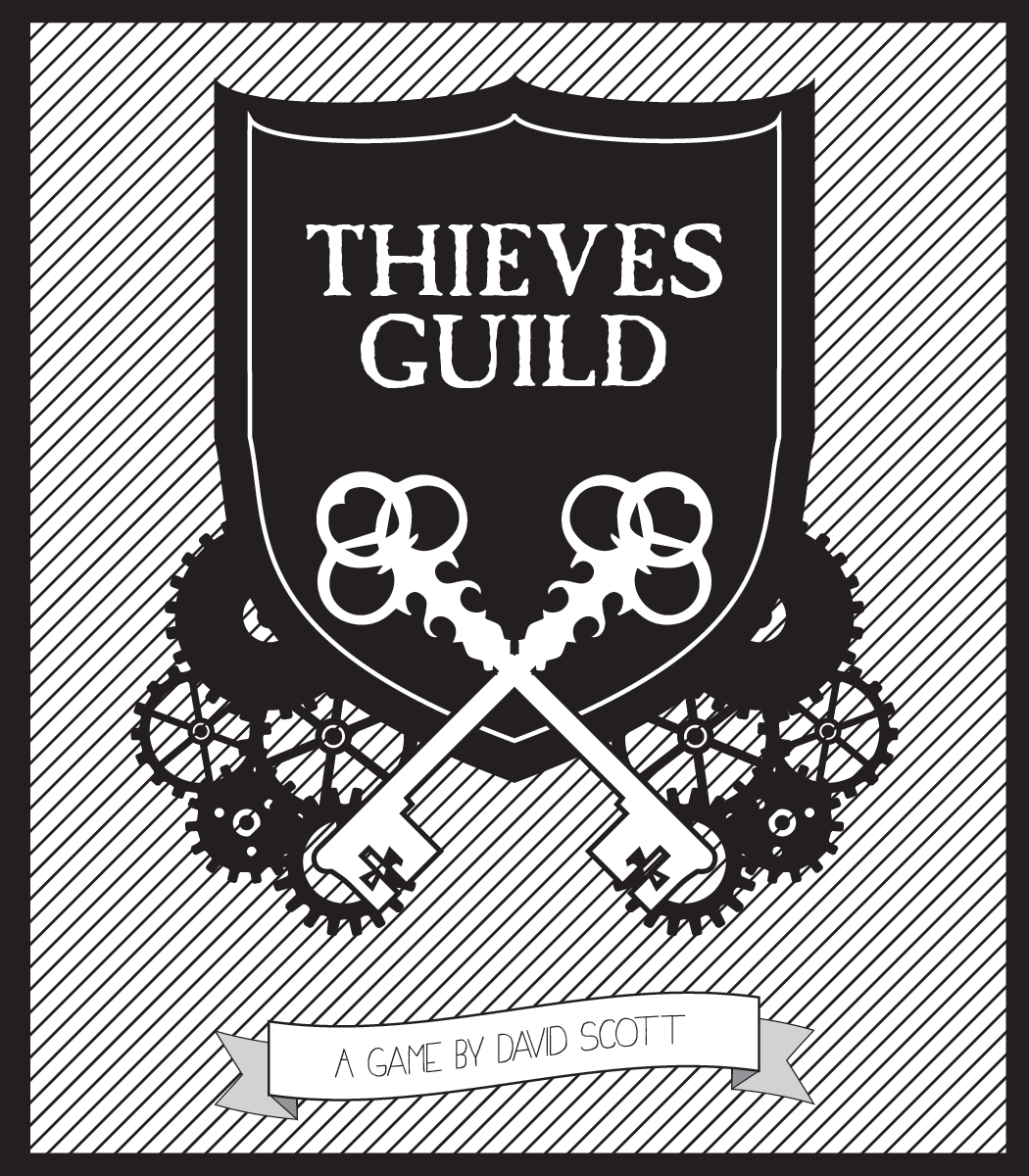 The background of the lines are at a .5pt stroke thickness in Illustrator and print fine when I print from a digital printer. I've never had any experience with offset printing yet. Would my graphic be too difficult to get good results? Should I find a different solution for the background?

Assuming this is based on overlaid inks (e.g. CMYK) not premixed inks (e.g. Pantone spot colours), it's not a bad idea to try to minimise the number of inks used in the colours in thin or high detail areas such as thin lines and fine text.

This is because for fine lines, tiny registration errors (different colour ink plates or layers being mis-aligned to each other by very small amounts) become noticeable, making a line that should be sharp look blurry or, in extreme cases, giving the appearance of separate adjacent cyan, magenta, yellow and/or black lines.

Here's an example of misregistration borrowed from a CreateSpace thread. What should be thin black lines in this type are slightly blurry with an unintended yellowy glow, from the yellow and magenta inks being printed slightly too far down and left. 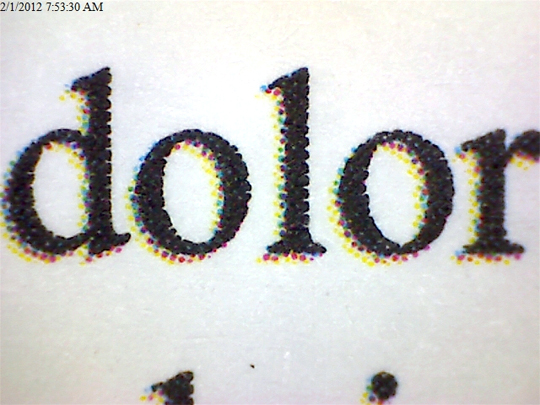 So, for this pictured design, I'd normally set the diagnonal lines' strokes (and also the "A GAME BY DAVID SCOTT" thin text) to pure K "plain" black (0C,0M,0Y,100K), while keeping the solid blacks (border, shield, etc) as rich black.

Normally, you'd never allow two mixes of black to touch each other like how the 100%K diagonals touch the rich black border, because it would create a false edge between the two blacks - but in this case there's already an edge where the border stops.

If it was a design based on a different colour, I might try to find a variant of that colour for the thin details that was a close match but used the minimum number of different inks. This is usually more important for text (preserving readability) than for decorative lines though.

DPI / LPI of the print setup

Not to be confused with the PPI of a digital file - this is about the capabilities of the print setup (including paper type). This is probably not an issue unless you're printing super-thin lines below 0.25pt, or printing to a low DPI/LPI setup, e.g. poor quality paper (e.g. newsprint) or large format (e.g. billboard).

Most printing involves your (presumably vector) image being converted into an arrangement of dots of C,M,Y,K ink. The print set up will have a maximum number of dots it can print per inch. If your line is thinner than one of the printer's dots, it's going to struggle to get close to looking like a perfectly crisp and straight line.

If the print specs mean this is likely to be an issue, find out the details from the printer and adjust the "0.25pt minimum" rule of thumb accordingly. For a box for a card game, however, this would almost certainly not be a problem for a 0.5pt line (unless it's a really ropey printer place).

In most cases, a minimum line weight for commercial printing is .25pt. Anything that weight or larger should hold up just fine.

Keep the .25pt in mind if you reduce an image.

8
Creating large banners to be viewed from a distance, at a size Illustrator can't handle
6
Why are thin webfonts so popular?
5
Saving a document in photoshop CMYK turns SOME black into gray

4
Identifying printing quality issues
0
Short Run Commercial Digital Printing Quality
0
Would print in CMYK with 30%C and 100%Y turns out green or yelow-ish color?
3
Coworker wants to set up all files in spot color—even when printing in-house
4
Print true black from Photoshop
1
How to Save As Adobe PDF with CMYK Color Format in Illustrator?
3
Issues with large scale print
0
Business card offset printing
1
Long Edge/Short Edge printing images back to back
0
Help with printer format settings