How to Create a Shiny Colour Swatch Puddle

I was wondering how you would create something like this: 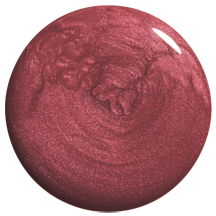 As you can see, there is a shadow in the bottom left, which gets lighter as you move diagonally to the top right. There is also a fleck of white added, which is very easy to apply.

I had a go myself, using a linear gradient, with about 75% opacity either side and nothing in the centre. It didn't work!

It's fairly easy to recreate the bevel effect. The inner swirl is a bit more difficult.

I created the swirl with several variations of Filter > Render > Clouds set to Multiply and then merged with a solid color. Then used Filter > Oil Paint... to add some additional swirl variations. And finally Filter > Distort > Twirl and Filter > Blur > Radial Blur to create the twist appearance.

I did this on a couple layers and used some blending between the layers to add some depth to the overall swirl effect.

From there it's a fairly simple matter to use Layer > Layer Style > Bevel & Emboss... and adjust settings to create the shine and shadow of the "button" effect. I actually used two layers for the Bevel & Emboss (with the Fill Opacity set to 0% so only the effect shows through) and used color burn and screen on one and multiply and screen on the second. 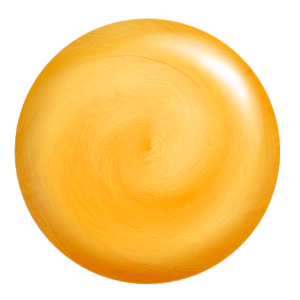 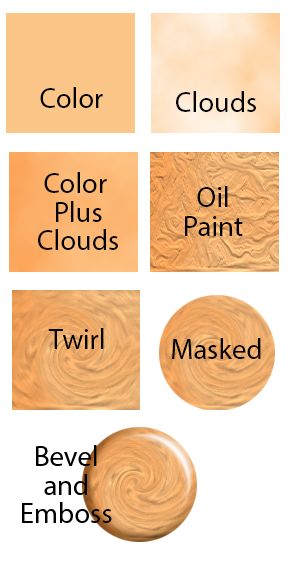 You could also overlay a photo on top of any creation to add some appearance with that.... 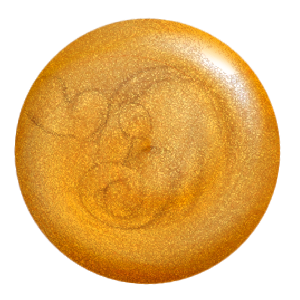 Not the answer you're looking for? Browse other questions tagged adobe-photoshop photography or ask your own question.

2
Photoshop Gradient Overlay requires a shape layer, not a regular layer?
1
Photoshop CS6: problem with cropping animated gif after moving layers
23
How does Yoga Perdana colorize his illustrations?
0
How can I create this in Photoshop or Gimp?
2
Photoshop CS6 - Gif frames issue
3
How would I smooth a gradient?
1
What is a better way to paste illustration from Illustrator to Photoshop without invisible pixels?
2
How do I create a fuzzy fade-out-to-transparent blur effect on the background of an image in PhotoShop