I'm working on a calendar. I have a grid of rectangle shapes that outline the days. I'm trying to make a different adjustment layer for each day applied to a background. It's basically working fine. But once I create the adjustment layer, the region it applies to is fixed -- because I used the shape as a selection. I'd like to be able to create a layer with a vector shape on it that has an adjustment associated with it that I can move around.

Here is what I'm doing now:

What would be cool is if I decide I want to move that day box around, I still could.

Simply create an adjustment layer, place it above your vector layer then Option/Alt click between the two layers to make a clipping mask. This way the Adjustment layer will only alter the layer it's linked to. 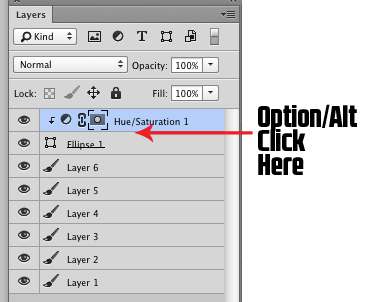 You can then move the associated vector layer and the clipped adjustment layer doesn't require any re-masking.