How can I convert to seamless pattern in Illustrator?

After following many tutorials about pattern making using pattern maker and brush pattern in Illustrator and then offset in Photoshop, I couldn't make the below image into a usable seamless pattern :(

It is the complexity of the "wave" shape that makes it difficult to achieve; most other tutorials and questions here in Stackexchange talk about simple/square patterns.. this one is different. 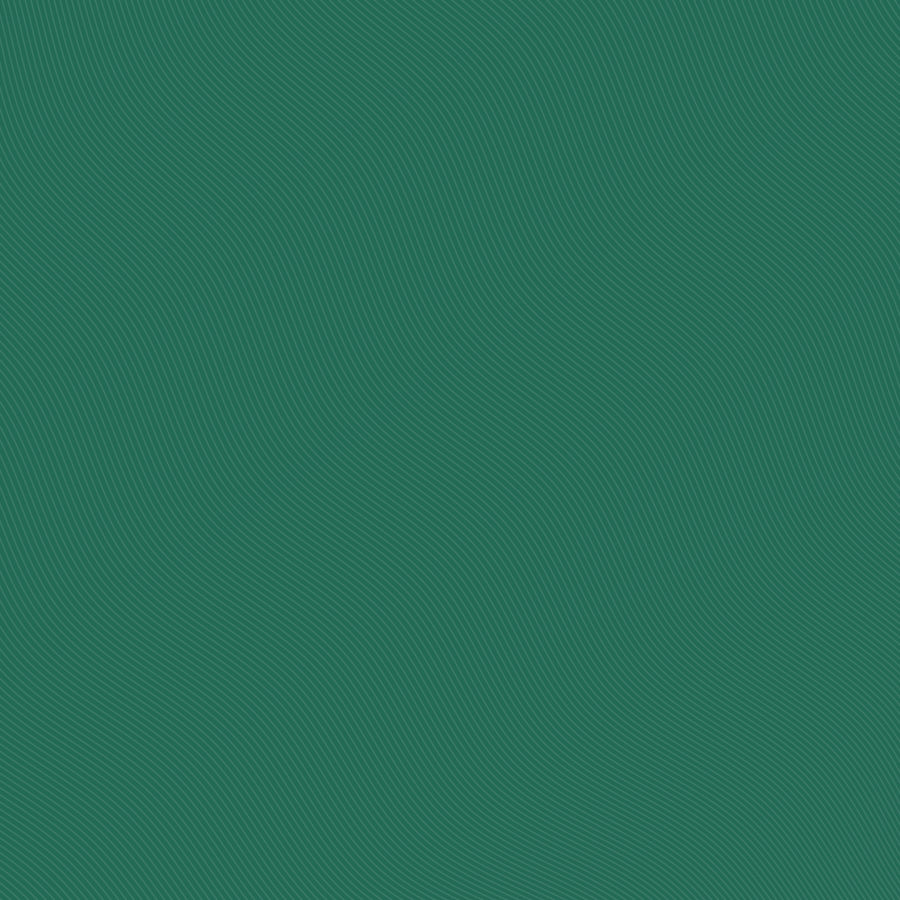 I'm prepared to eat my words here, but unless I'm greatly mistaken that is NOT a repeating pattern - despite appearances. It may have been one once, but not in its current form.

1. (if you want to repeat my test) Rotate the image so that one wavy line is exactly horizontal. You can do this by finding the high point of one line and aligning it horizontally against its next high point.

2. If you draw a line through these high points, and then do the same with two OTHER wavy lines, you will see that they arc away from one another - like a cone, or a pint glass on its side.

The image below demonstrates this - the top horizontal line travels at approximately 3.3 degrees, the middle line at 0 degrees (obviously, because its been lined up) and the lower line at approximately -3.8 degrees. 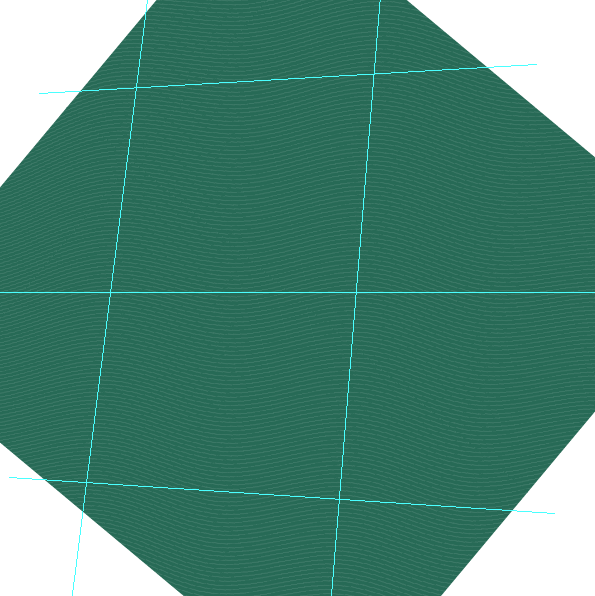 3. To make things even more complex, the lines aren't traveling in a straight line, either. Looking at the middle line more closely, we can see it actually travels in an arc.

In other words, the image appears to be warped - perhaps by design. There are also some forms of DRM that protect images by warping them subtly so that smaller pieces of a larger whole image can't be pieced back together again (I don't particularly think that's happening here, but I'm just throwing that in there as an aside).

To my mind, your only real option here is to create the pattern yourself, so I'll explain how you can achieve a very similar effect.

1) Open a new Illustrator document at 900px by 900px in size (I only used this size so that I could use your source image as a reference - and it happens to be that size).

2) Drag in your PNG pattern or go to FILE > PLACE, then select the pattern file (either achieves the same thing). Keep the image on its own layer to keep it out of the way.

3) Create some new color swatches so that you can exactly reference the colors of your source pattern (if you want things to look the same). One way to do this is by selecting the eyedropper tool and clicking on each of the two predominant colors of your image - each time dragging the color to the swatches panel once you're happy with the color (you can drag the color directly from the fill or stroke boxes). 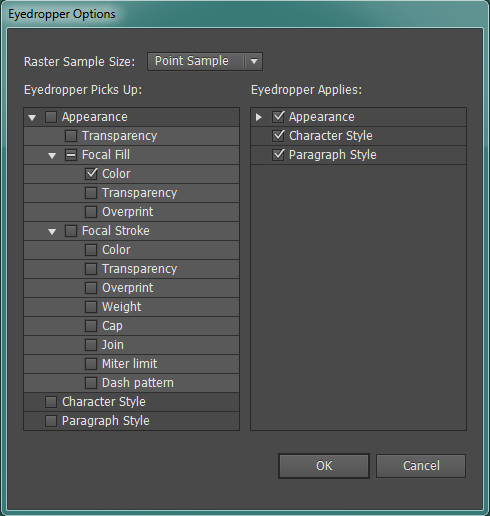 4) Now for the effect. Use the ellipse tool to create a symmetrical circle (hold down shift when dragging). The size doesn't matter too much at this stage. For ease of working, remove any fill and give it 1pt of stroke so you can see it easily.

5) With the circle selected, use the scissors tool (might be hidden under the eraser tool) and snip both the top and bottom anchor points of the circle. Effectively, this will chop it into two. 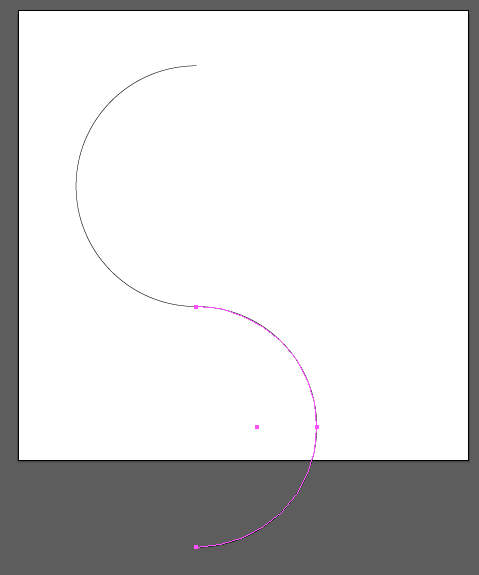 6) With the Direct Selection Tool (white arrow), marquee over the now-overlapping anchor points and join them together (OBJECT > PATH > JOIN). You should now have a single open path (either an 'S' shape or a reverse 'S', depending on which points you joined.

7) With the Direct Selection Tool (white arrow), select just the top anchor point and delete it. Then do the same with the lowest anchor point. You should end up with something like this (again, yours may or may not be in reverse). This is the basis for our wavy line; 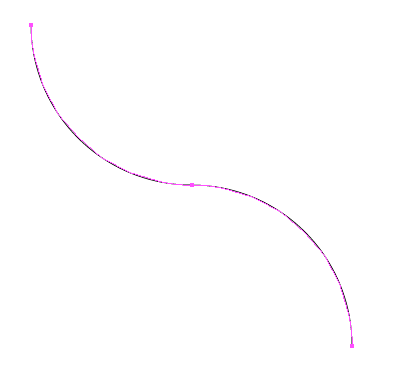 8) In order to get a similar effect to the existing pattern, we need to reshape this line a little. First, with the line selected, double-click on the rotate tool in order to bring up the dialog box. Set the rotation to 45 degrees (or -45 degrees if you're going the other way) so that the line is running exactly horizontally. This is important so that we don't warp the line in an irregular way in the next step. 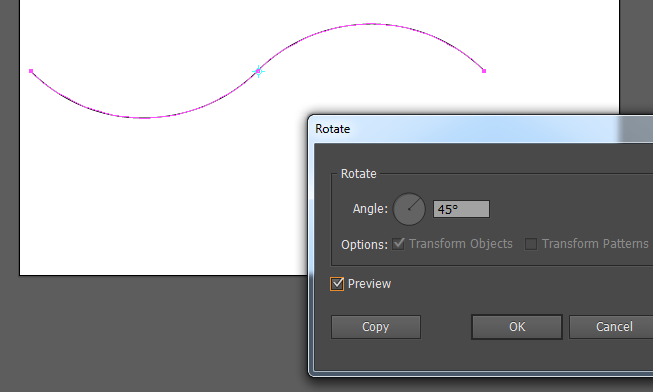 9) Find the Transform controls in Illustrator's toolbar (you will either need to click on the word 'Transform' if you're working on a smaller screen - or the controls will already be visible). Set the width to 364px and the height to 26.5px. These values are simply those that I came up with when comparing the shape of the original pattern against my custom wavy line. 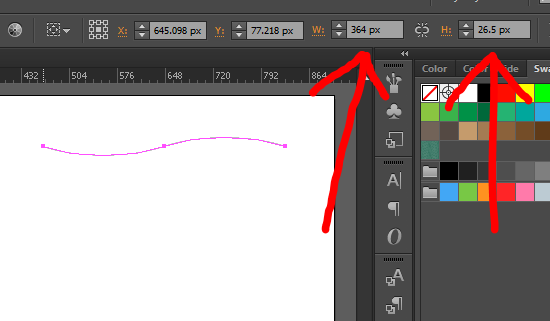 10) With your wavy line selected, change the stroke to the lighter shade of green we defined in step 3 and set the stroke weight to 1.5pt. Remove any fill if one is present.

11) Go to the appearance panel (WINDOW > APPEARANCE, if you can't already see it), make sure your stroke is highlighted, and add a second stroke by clicking on the hollow square in the bottom left-hand corner. If your existing stroke was highlighted, this will create a duplicate.

12) Select the lower of the two strokes and set its weight to 9pt and change the color to the darker shade of green. You should see something like this;

13) In the appearance panel, select 'Path' (you DON'T want either of the strokes selected - this needs to be applied to the whole thing), and then go to 'EFFECT > DISTORT & TRANSFORM > TRANSFORM'. Use the following settings; 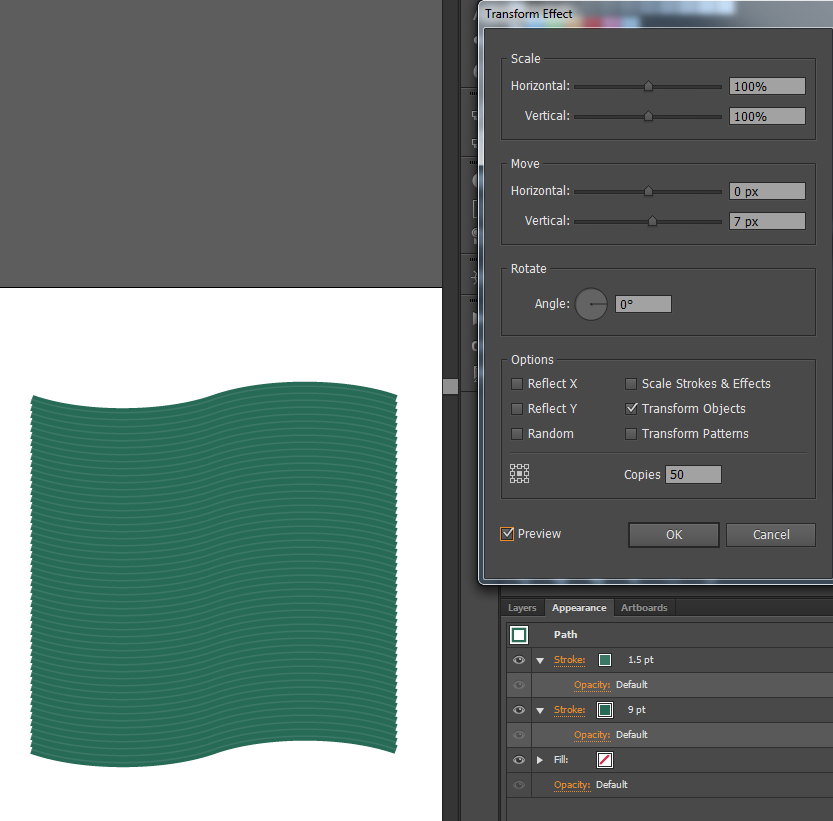 14) With your path selected, go to OBJECT > PATTERN > MAKE. Use the following settings; 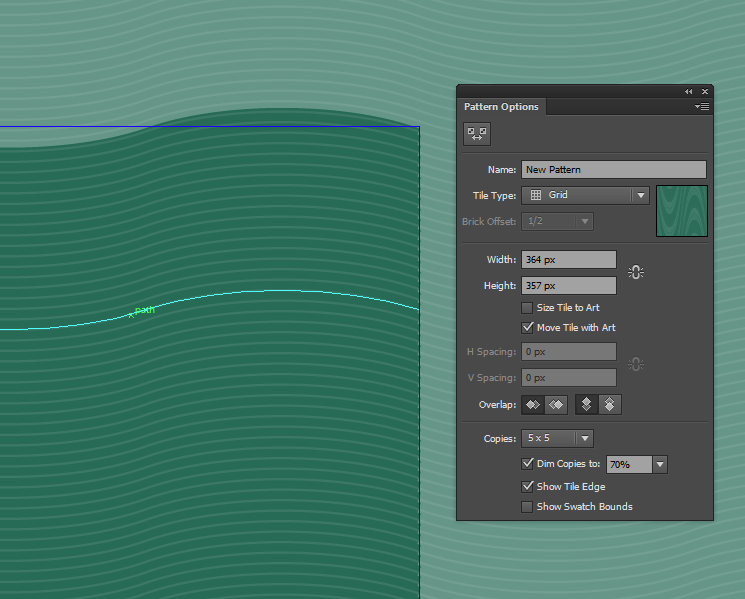 Then click 'Done' at the top of the screen. Your new pattern will appear in your swatches window.

15) Test your pattern! Create a shape of some sort (a rectangle will do), apply the new pattern to the fill and there you go. If you want, use the rotate tool to put your pattern at an angle (make sure that 'Transform Patterns' is ticked and 'Transform Objects' is UNticked).

I know that's a lot of steps, but it really doesn't take too long once you're familiar with the concepts being used. The advantages are that because this is entirely vector based, you can scale, tweak, rotate and recolor the pattern to your heart's content without any loss of quality, as well.

Hope that's of some help.

Not the answer you're looking for? Browse other questions tagged adobe-illustrator cs6 patterns or ask your own question.

7
How to create a pattern or tiles from rotated elements