How to remove scratches from shiny object

I have a simple cropped picture of a cornet (my gravatar, actually). However, it is many tiny scratches that it has accumulated over the years (it's 50+ years old). Anyway, because the photo was taken with a flash, they are showing up as tiny white specks all over. What is the best way to remove them and still maintain the natural lighting gradient and hue?

I've tried blurring, but this only blurs them. They are still there. I've also tried smudging, but this damages the hue. I've thought of using the clone stamp tool, but there aren't many areas without scratches and the lighting effects are different everywhere. What's the best way to go around this problem?

This is the picture with the scratches. Open it in a new tab to see higher detail. 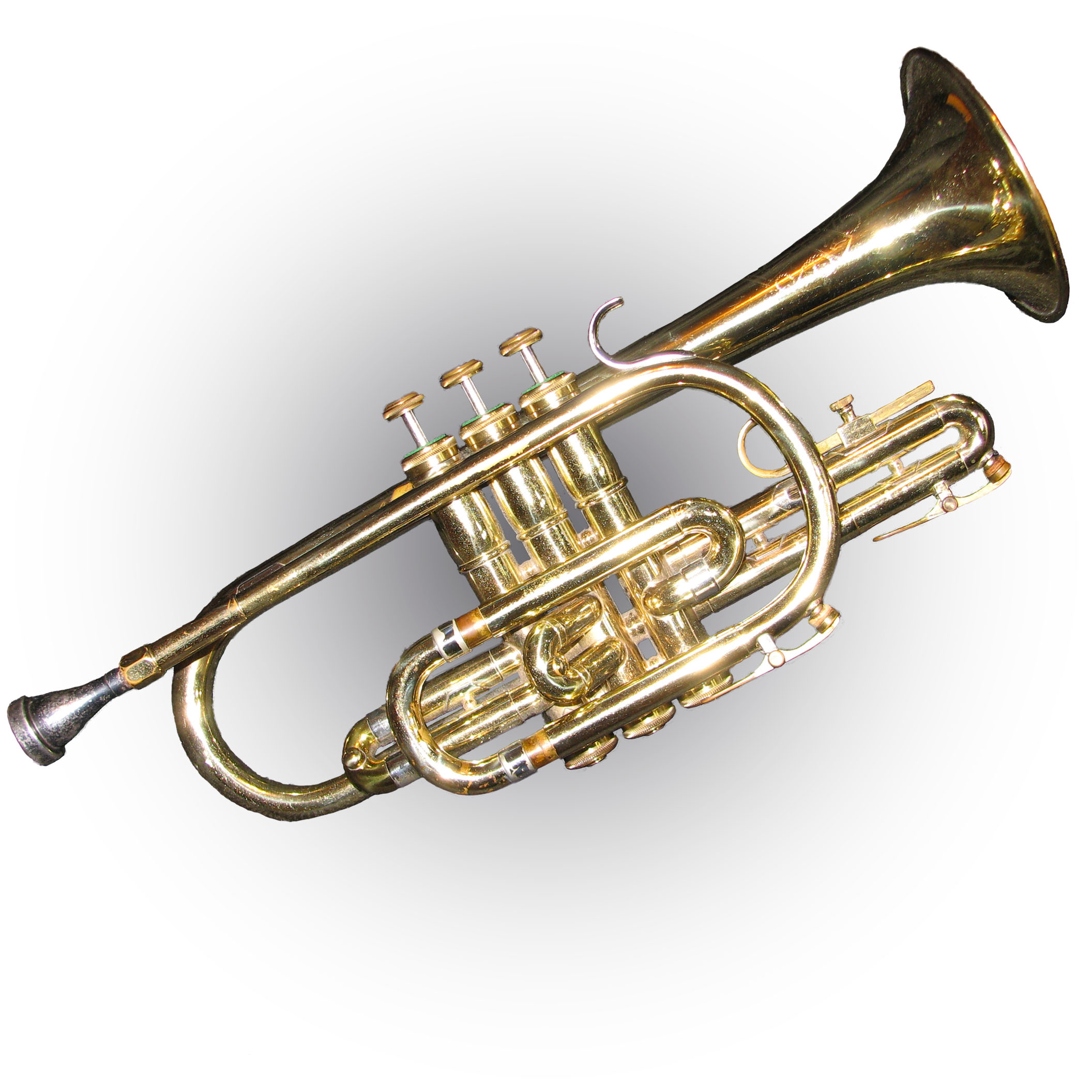 I'd agree with Dominic, the route I would go with is to take a better picture. However, I understand that's not always feasible.

There's a filter in Photoshop that can help; it's appropriately called "Dust & Scratches". To apply it to an image, you can find it in Filter → Noise → Dust & Scratches....

You'll have to play with the Radius and Threshold values to find a happy medium. Here are is a before and after to give you an idea of what this can produce: 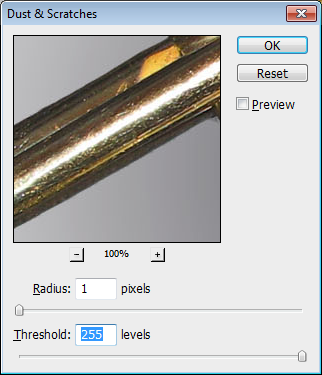 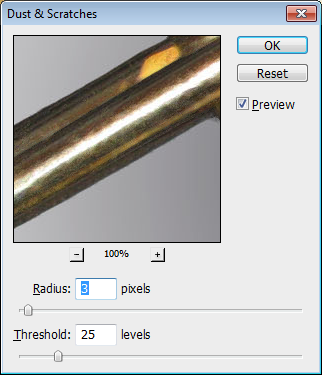 For your photograph, this isn't going to be a one-and-done process if you want the best results. Some areas of your images will benefit from the filter, but others will lose the detail that you probably want to preserve. The texture on the valves is an example of something you probably want to preserve. The engraving on the bell is another element that gets somewhat lost underneath the filter.

To compensate for this, I would retain the original image as a separate layer and mask out anything you'd like to preserve. In the screenshot below, you can hopefully tell which two valves I've kept as the original and which was affected by the Dust & Scratches filter: 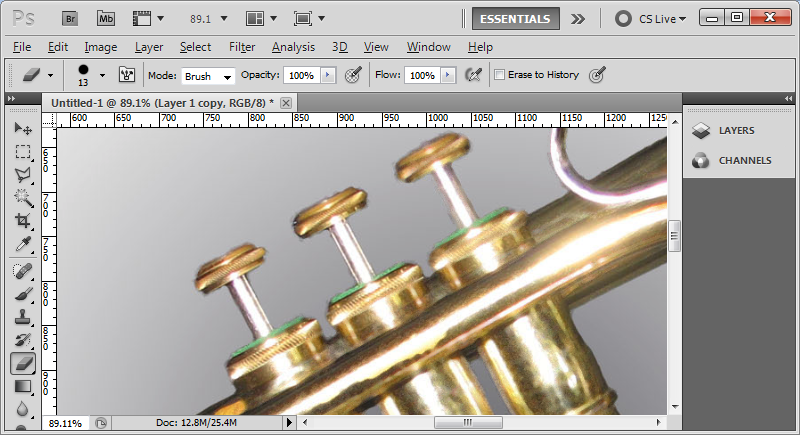 The filter is going to cause the image to look blurry, so a lot of fine-tuning and careful consideration for what to mask out will go a long way to produce a crisp result.