Is there a way in Inkscape to add a new point after the last of before the first point of an open path (i.e. a path where there's no connection between the first and last point)?

I only have found ways to add a new point on an existing line between two points, but in this case, this would mean adding a new point before the last point, moving the last point out of the way and adjusting the new point and it's Bézier guide until it somewhat matches the original point at that position. Is there a better way to extend a path with a new point?

Assuming that you have an open path:

You have just to select it before using pencil or bezier tool. When the mouse is over an open node, it is highlighted in red and you can click and drag to continue the path (see the hint): 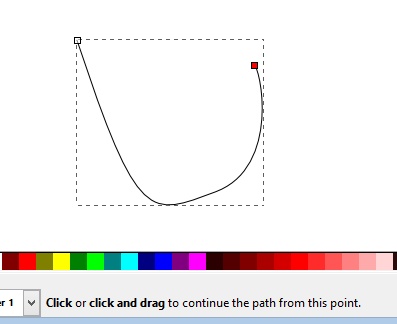 I found two places in the online documentation. One of which I could not manage to get working (user error?), and one I could, which is the one I'm using now: 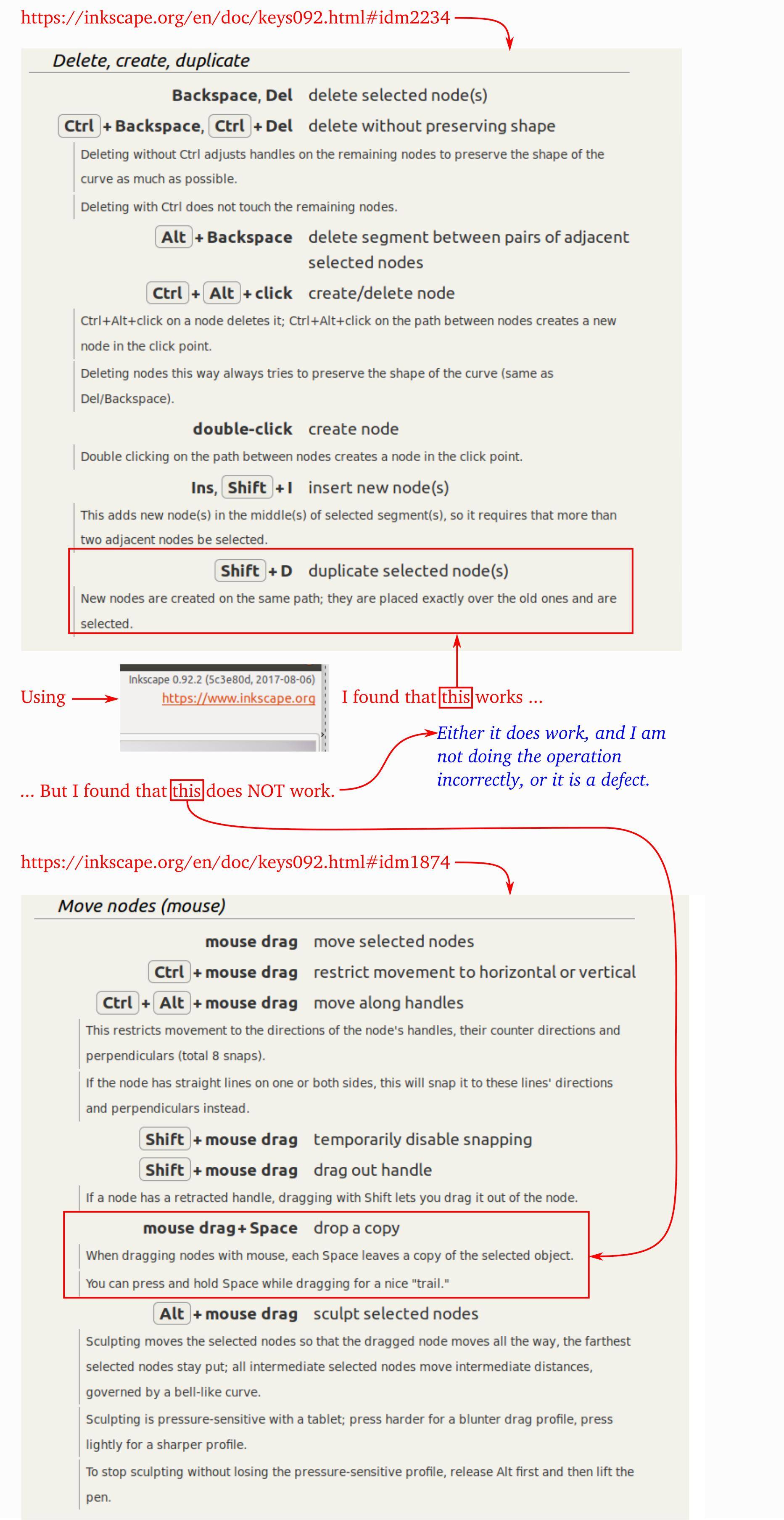 1
Shortcut keys to switch between path and shape section of pen tool in Photoshop
5
How to snap a path to a node in Inkscape?
5
Align and distribute multiple objects in angled path/guide Inkscape
1
(Non) Rubber Band Pen Tool line preview won't show
0
Relative coordinates in animateMotion path
0
Keep last parameter from one task to the other in inkscape
3
Inkscape: Adding an item to a distribution
0
Trouble manipulating path ends in Photoshop