Making masking rectangle for the pattern in Illustrator I should insert the central coordinates of shapes in 4 angles of the pattern and I have coordinates numbers like 45.401px, however when I insert this number only 45.4 px is saved and in resultant Divide Objects Below command for pattern I get non perfect margins and thus the pattern does not match.

How can I solve the issue? Align to pixel grid is switched off....

look at the pic 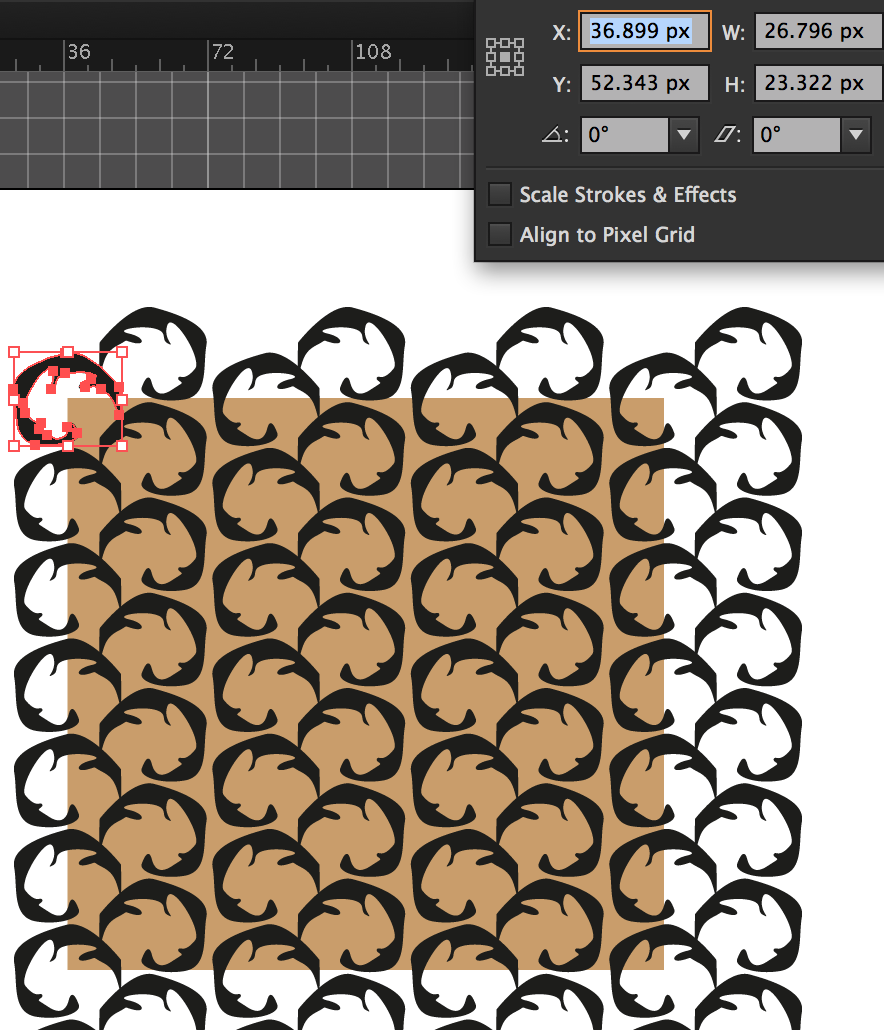 upd I follow this tutorial, so don't be critical about logics etc. Also, pay attention to this sentence: when I take a number like 34.301 px and insert it as coordinate to Transform item and reopen Transform - I see that coordinate as 34.3 and not 34.301.

Although I'm unable to read it, based on the images, the tutorial you linked to may not be the best tutorial to follow. There are much more efficient ways to create seamless patterns in Illustrator. This is especially true if you are using Illustrator CS6 or newer with the Pattern Editor feature.

I would happily link to better tutorials, but I doubt I could find anything in the language you need. However, I would suggest you find another tutorial on creating seamless patterns in Illustrator. If you have Illustrator CS6+ look for Pattern Editor tutorials.

Also note, the tutorial at your link is using points as a unit and NOT pixels. There is a difference in how the application sees pixels vs points.

For the record, Illustrator does round numbers if you have more than two after a decimal point. According to the developers, accurate measurements are retained for the objects and it's merely the dialog fields which show rounding. I'm not entirely convinced that is the case. However, I don't think I've ever created anything that required accuracy to a thousandth of a point either.

No monitor I'm aware of could ever show a partial pixel, and really can't show a partial point in many instances (when viewing at 100%). Commercial presses generally can't hold lines below .25pt in weight. Some can, but it's best to not go smaller than .25pt for printing. So, X.001 is much more precise that you probably need.

Not the answer you're looking for? Browse other questions tagged adobe-illustrator retina or ask your own question.