Is there some kind of test equivalent to what the FizzBuzz test is for developers, for graphic designers? That is, a short and simple question/task that can be asked/assigned just to determine whether a candidate has the basic skills needed to be worth considering at all.

I was recently involved in helping to recruit a new designer and I was asked to design the part of the interview that would test for the right kind of practical creative thinking.

What I went with - which seemed to work quite well and got very useful results - was to:

This was very informative - real insights into how the candidates think, and what kind of ideas they come up with. There are of course some limitations:

But as a test for design aptitude that isn't related to things people can pick up on the job or with training like software skills, it did the job and seemed better than anything else.

Portfolios been mentioned in other comments and answers. Looking through a candidate's portfolio is still the most important test, but it's hardly foolproof, especially for seeing core aptitudes like creativity.

Many junior designers work to a senior or art director's specifications and signoff, so for many (but not all) junior / lower-middleweight candidates, much of the portfolio will be someone else's creativity and attention to detail on show as well as the candidates'. You also need to take limitations imposed by clients into account - one candidate's portfolio might seem much more creative than another, but they might simply have been lucky to have more open-minded clients.

People sometimes include self-initiated, pro-bono and/or much earlier college/freelance work to be sure that there's plenty of work that is 100% their own, but not everyone will be able to do this.

I'd suggest considering using a test like above if:

It might be tempting to see what people can come up with in their free time, but by doing this you:

Like coding, graphic design is really about creative thinking and problem solving.

Also like coding, any test you could give likely emphasizes implementation skills more so than creative thinking.

IMHO, these types of tests check for the understanding of particular code syntax or a particular piece of software...both skills that are easy to learn, so shouldn't be a major factor in whether you hire them or not.

In terms of finding designers you feel are worth considering or not, this is what their portfolio is for.

For a recent job opening, we were looking for a web designer. A lot of resumes we were seeing were print focused, lots of Adobe experience, and maybe they took a web class a year ago.

The test I created was to ask candidates to live write a simple product prototype. Header, nav bar, 25% left column with secondary nav. I didn't care what tools or frameworks they used. Secretly I hoped to see them using bootstrap or any modern CSS framework, but coding from scratch was fine. But I could quickly see how well they knew HTML/CSS. 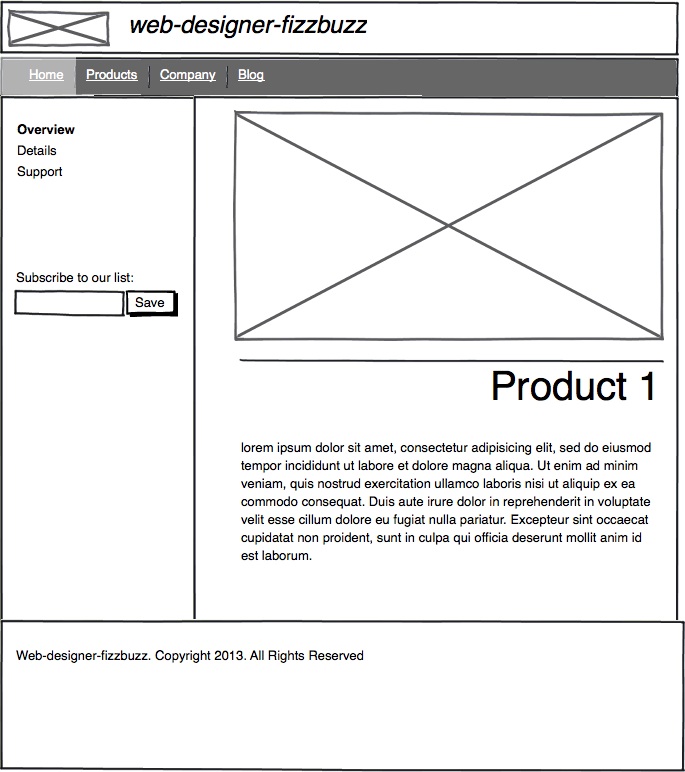 Not the answer you're looking for? Browse other questions tagged designers portfolio hiring skillset or ask your own question.

6
Do marketing, English and communications programs teach graphic design?
0
What guidelines should I consider for a web design portfolio?
8
What are reasonable market expectations for entry-level graphic designers vs. entry-level web designers?
1
Where to find interface designers on the internet?
17
How to guide an employee to improve his graphic design ablilties?
7
Unique opportunities for Electrical Engineers turned into Graphic Designers
0
As an iOS developer, how do I provide design specifications for my UX/UI designers?