Create a Triangle with Rounded Corners

I know you can create a rounded-corner rectangle; but, how do you create a triangle with rounded corners in Photoshop?

I am actually interested in making it from scratch, not basing it on a custom shape that is available in Photoshop. Thanks.

There are several ways to do this. You can use the pen tool draw it yourself.

My answer is based on the way I've been doing it over the years. 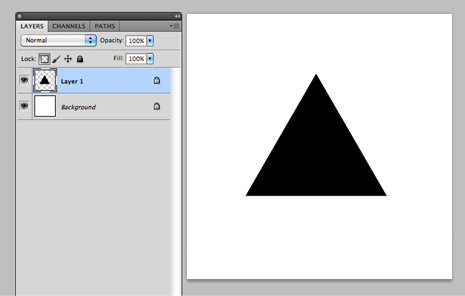 Draw a triangle in a new layer. hit cmd+a(select all) then cmd+c(copy) 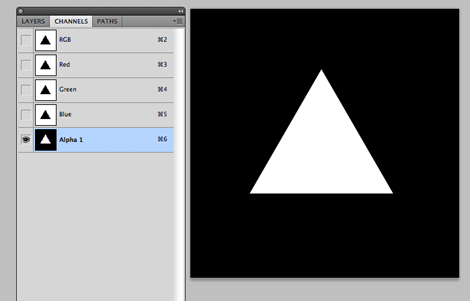 switch to the Channels tab and create a new channel. It will be named "Alpha 1" by default. now paste the triangle you copied from before. Note the triangle will be white. The white area in the channel will become your select mask later. 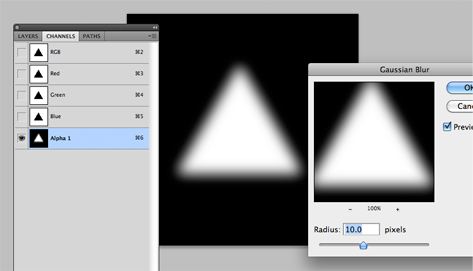 now give the entire channel layer a Gaussian blur. note: the blur value here won't translate exactly to the pixel border radius you want. you'll just have to play with it a bit. I'm using 10px blur in my example. 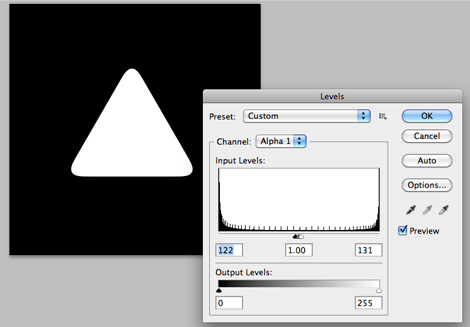 After you're done blurring, hit cmd+L(level). In the level menu, adjust input values. use the value I picked in my screenshot. The idea is to get the triangle "sharp" again. Doing so will create the circular tips on each end. 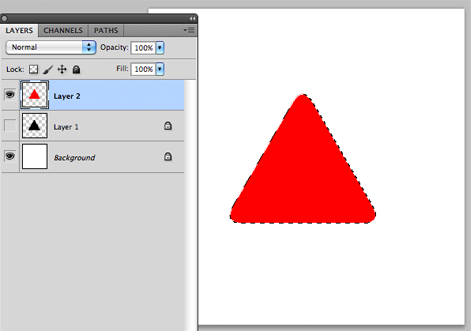 Now go back to the Layers tab, hide the triangle layer you drew from before. start a new layer, then to go "Select" -> "Load Selection." In the popup, for "Source" choose "Alpha 1"

Now you'll have the rounded cornered triangle outline selected, you then can fill it to whatever color you like.

there are some very easy steps to make such triangle with round corner with the help of pen tool, and its from scratch too 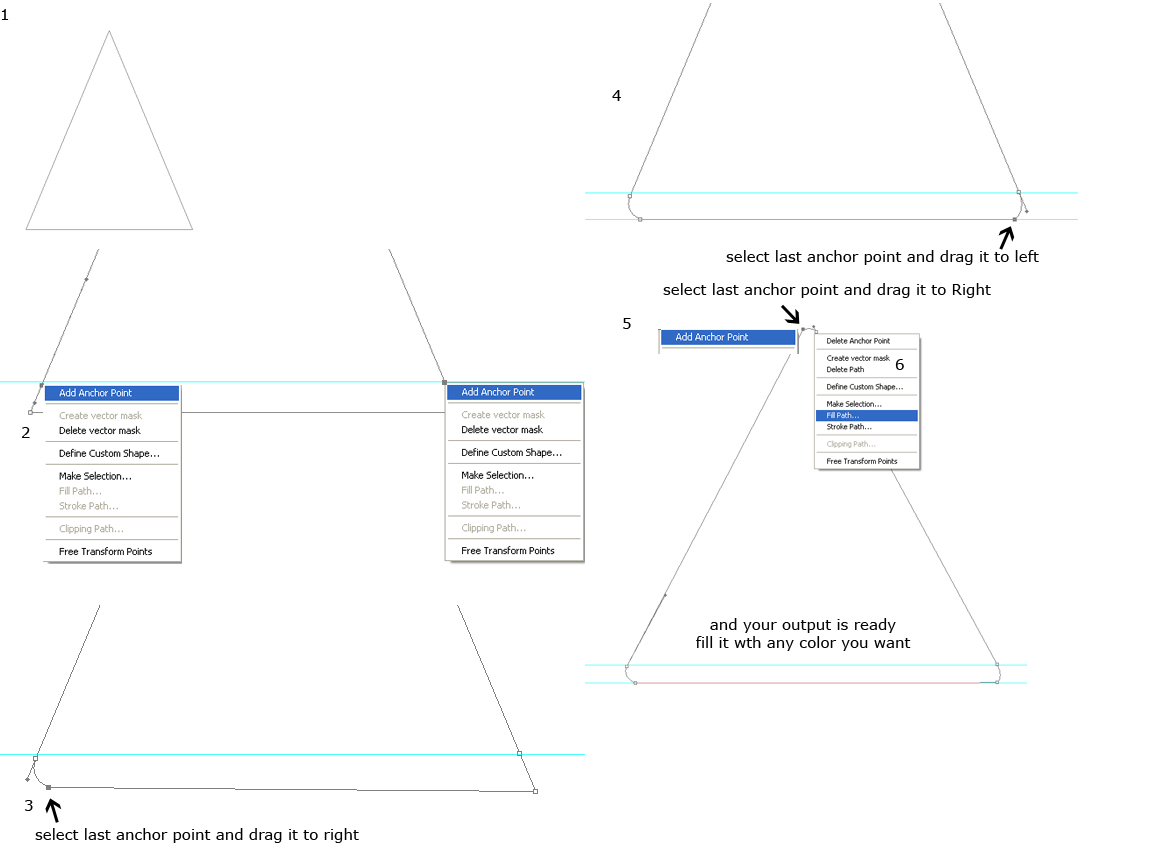 Hope this will help...

You can rotate or flip it however you want. You can't change the radious, tho.

Create a rectangle with smooth borders (I use 3px) and then delete one corner with the pen tool. Adjust it to make it look the way you want.

Create a triangle with the pen tool. Using effects, put an outside stroke on it, making it as large as you need for how rounded you want your corners. Now you will need to smooth any points in your stroke by following the next steps.

Right click on your triangle layer and choose Convert to Smart Object. Holding Ctrl, click on the thumbnail of your triangle in the Layers panel to select it. Go to Select in main menu and choose Modify, then in dropdown choose Contract. Contract by 3px. Go back to Select in the main menu and again choose Modify, this time choosing Smooth, and enter 10px. Hit the mask button at the bottom of your Layers panel. Go back to your layer and right click, choosing again to Convert to Smart Object.

Depending on the size of your triangle, you might have to change how many px you contract and smooth when making your selection.

Not the answer you're looking for? Browse other questions tagged adobe-photoshop shapes or ask your own question.

0
How to make curved triangles in Photoshop?
4
Photoshop CS5 Polygon Tool smooth corners “too smooth”
0
Triangle for a popover (Photoshop)

5
How to resize vector masks without changing the size-ratio of round corners of it?
0
Rounded rectangle with zigzag border
3
Photoshop Marquee Tool - Lost square corners
1
How to make rounded corner thumbnail “ containing image of the post ”?
6
Link a layer with a shape/vector mask in Photoshop
14
What is the name of a squircle with three, five, six or more corners?
24
What is this shape that looks like a rectangle with rounded ends called?
1
Rectangle's corners being automatically rounded upon creation or copy
2
How do I create this shape with some rounded corners in illustrator?
0
Rounded corner effect being copied when merging with shapebuilder tool