Copy, paste, move colored squares - but keep them aligned to the grid

I am developing a word game for iOS and would like to use an SVG file as the gaming board.

The SVG file (author: Denelson83, Wikimedia Commons) is almost perfect for my game - except for displaced colored squares.

How could I please copy such a colored square (is it a Group?), then paste it and move the new square to a new spot - but still keep it aligned to the grid? 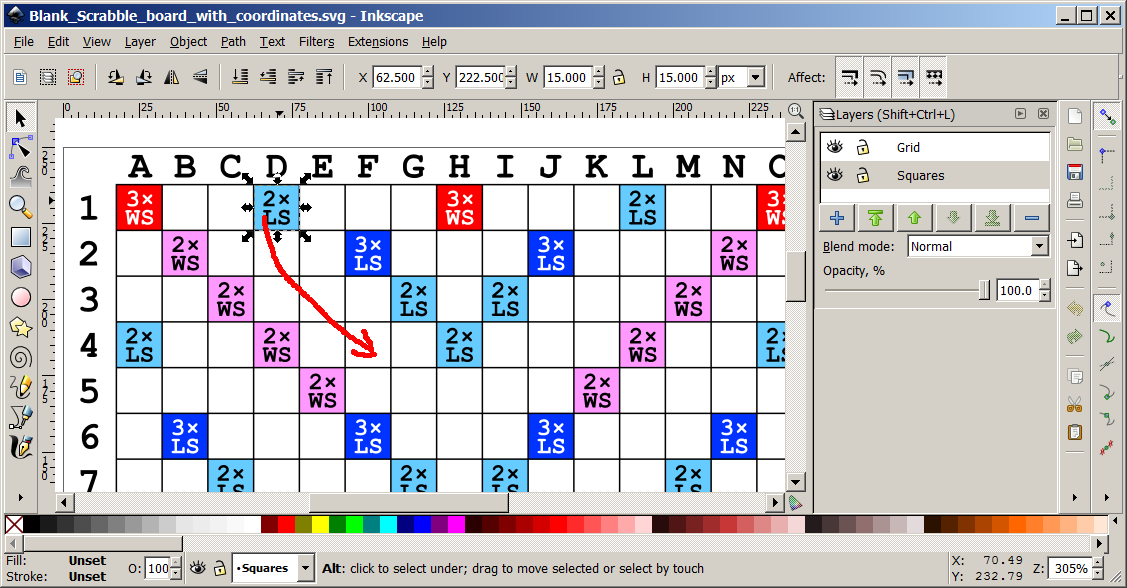 As an Inkscape newbie I have already found out, that I can jump to the "original" with Shift-D.

And I can hold CTRL key to move objects horizontally or vertically. 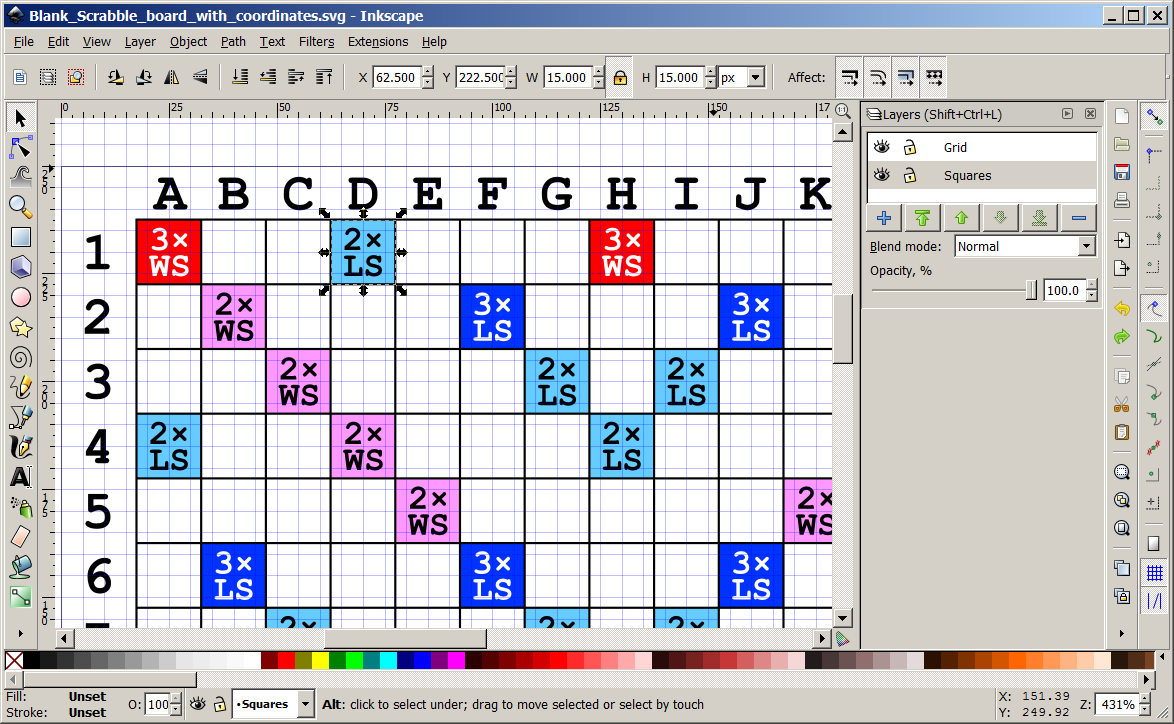 but the square doesn't snap to the grid when I drag it.

And also the grid is too small and I can't find how to make its cells broader. 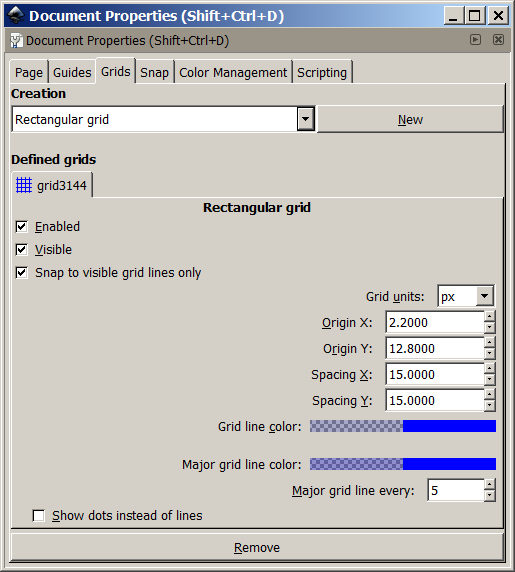 But while the grid looks ok now and snaps too - it snaps in the wrong places as shown below. 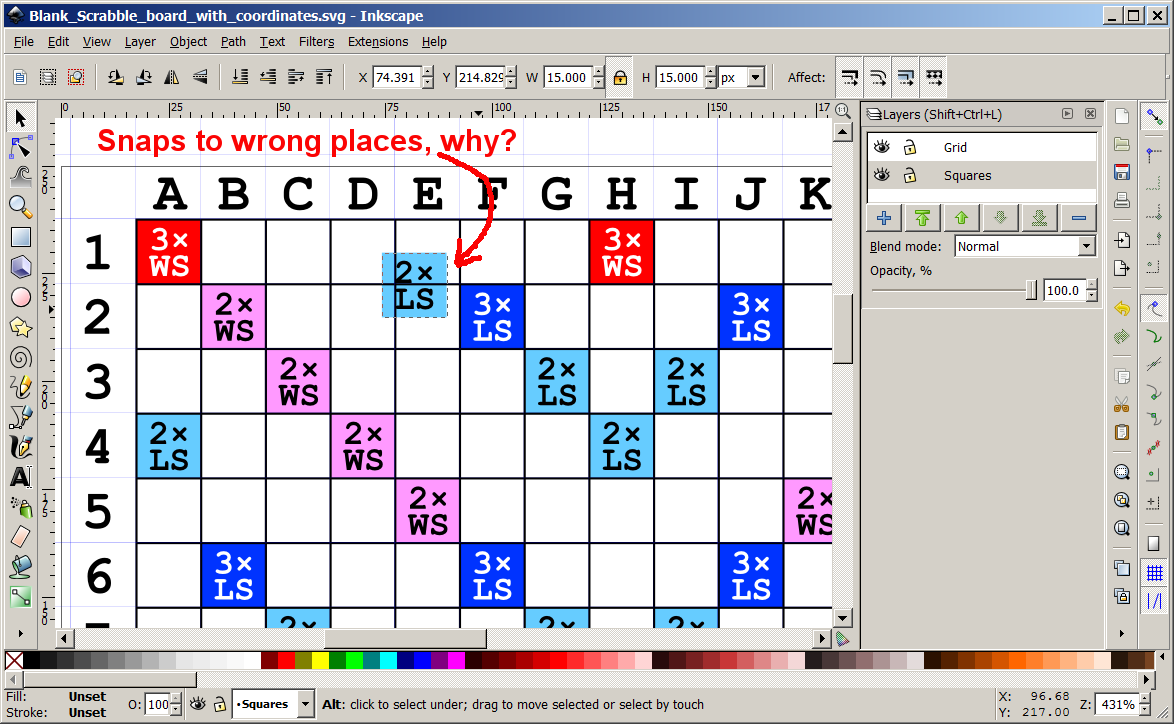 Why doesn't the grid snap at the square's borders?

Is this maybe a bug in Inkscape? How to workaround it please?

UPDATE 3: I've received an offline advice to hold ALT while dragging a square

In order to snap the whole group, you need to enable "Snap bounding box corners", by clicking on the proper icon in snap toolbar:

Usually this flag isn't enabled and you see the snap to text baseline: 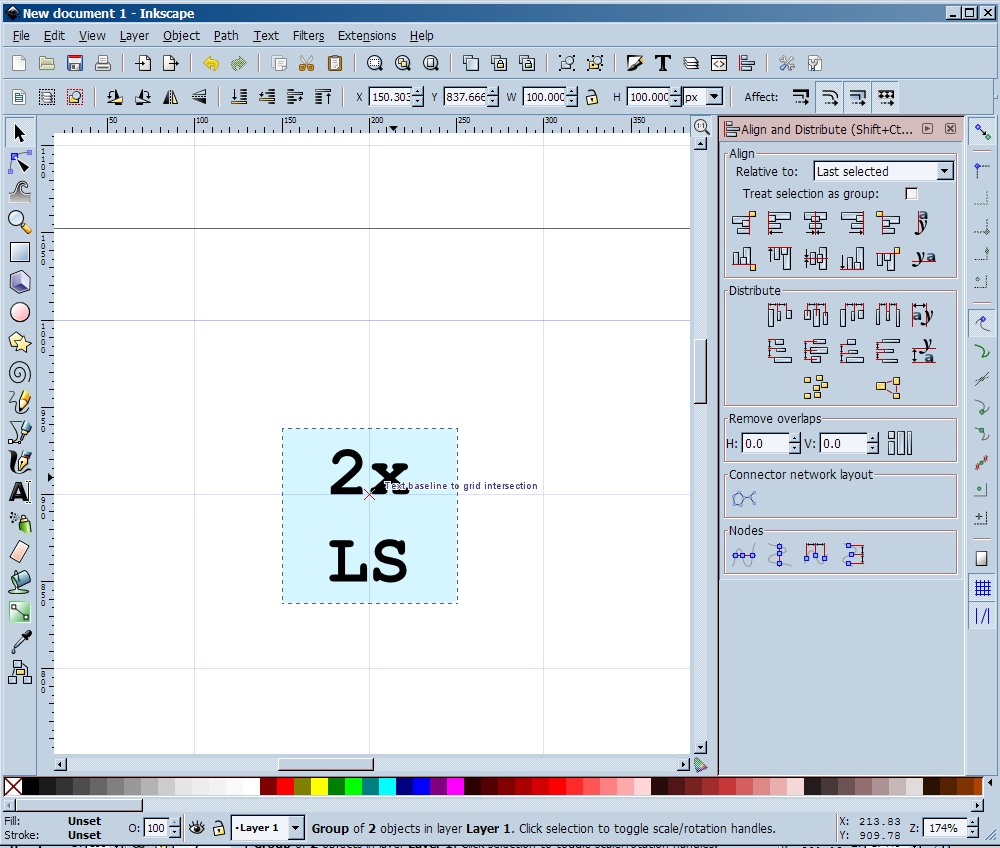 Enabling this flag you can see the snap to the bounding box of the group (or the selection); 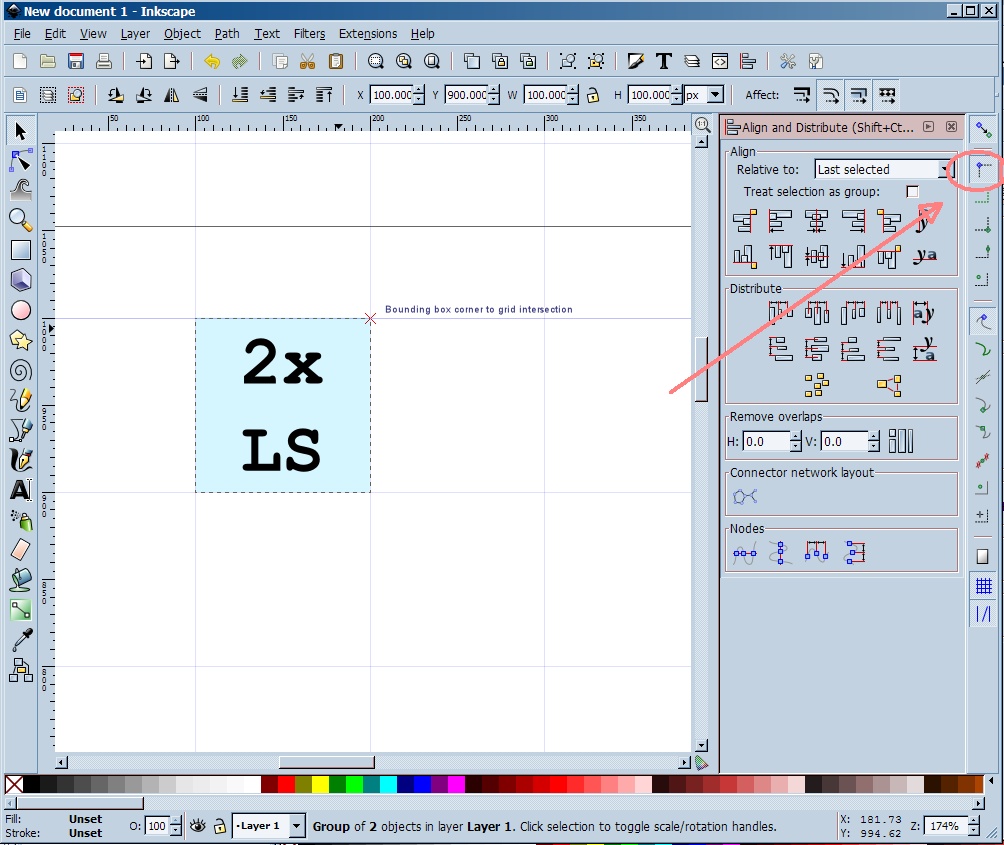 You can change the behaviour of the snap using the other buttons in the toolbar. See here for reference.

46
Snap to grid in Inkscape

2
Is it possible to show symbol grid in Illustrator?
1
Changing text from 2-lines to 1-line - how to center the text field in a square again?
1
How to clone objects in Inkscape so that ctrl-D will show the original object?
1
Creating a sprite sheet of letters and numbers for a mobile word game
2
Trying to "select all" and dragging whole document - but some lines do not move
1
Converting shape into symbol in Illustrator distorts the box
3
How do I draw pixel-perfect symmetrical elliptical shapes in Inkscape?
1
How to (almost) perfectly align a DWG to an SVG?
1
Selecting and Moving Only Clones From Applied Masking?
0
Centered grid with GIMP