How to distribute objects with smaller outer borders?

I created a small flyer and placed four flyers on one DIN A4 page. 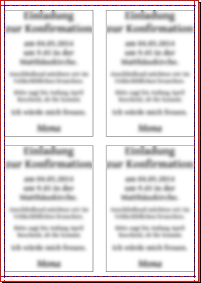 I like kochumvk's answer for the sheer simplicity - because after all this is a maths problem. But if you're like me and don't like maths, you could go through the process I've outlined below.

(I only know that Scribus has a distribute function from your question and this page, and I assume it works in a similar way as Illustrator.) 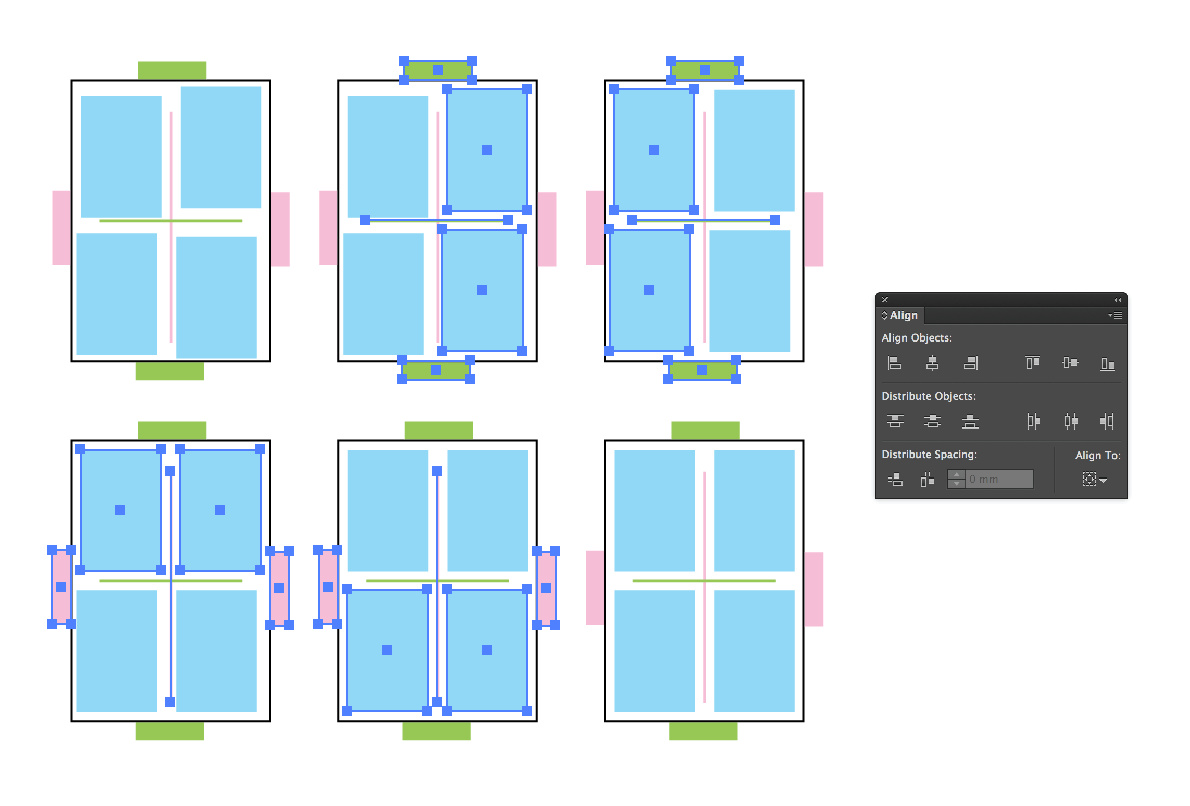 In the top-left thumbnail of the above image, note the set-up: four blue flyers – these are what we want to evenly distribute. Around the edges place four dummy objects (shown in pink & green) so that each touches an outer edge of the A4. In the middle place a horizontal and a vertical line. Only the green and pink boxes are placed with any precision – the four flyers and two lines are placed roughly.

Once you have this set up, in Illustrator it's a simple matter of selecting objects as per the 2nd thumbnail (middle-top). That is: the two green boxes, the green line, and the two blue flyers on the right side, and pressing the vertically-distribute-objects button (bottom left of the palette shown).

Second selection is the same, except instead of the right two blue flyers, you select the left two. Again perform a vertical distribute.

Fourth, same selection with the bottom two blue flyers instead of the top.

The bottom-right thumbnail shows the perfectly distributed flyers. You then delete the dummy objects around the outside, and you can leave the two lines which can serve as your cutting guides.

This is long-winded but once you have the idea, it's straight-forward, and much quicker to actually perform than explain.

I would prefer to draw a perfect square having the distance you want and align it in the center of the page. Then move the text frame from its corner to meet the square corner (as shown).

and don't forget to delete the middle square after the alignment 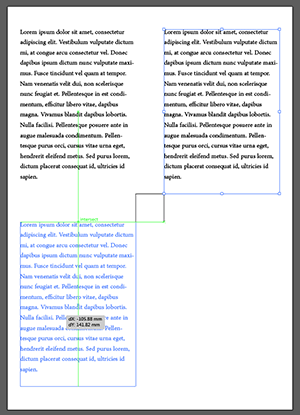 You can use Ruler to manually achieve the same. Just give double spacing in the mid gutter.

Not being familiar with Scribus, is it not possible to create the artworks at A6 (105mm x 148.5mm, which is exactly one-quarter the size of A4, then make an A4 page and cut and paste the A6 into the A4 four times? That was the simplest non-tech way to impose when I worked at Prontaprint for several years. The number of times we would get an artwork from a customer which was A4, and didn't know (or didn't care) how to divide it properly into 3 DLs, 2 A5s or 4 A6s... >_<