Critique: Does this logo portray a web-based control for a media player?

I've been working on an application that works as a remote control for a media player, over the web. The remote itself is an application that runs in your web browser, on your phone or on your tablet that allows you to control the playlist, playback and library management of a media player.
My logo idea for it was to merge the Wi-Fi icon with a compact disc, and below is the render: 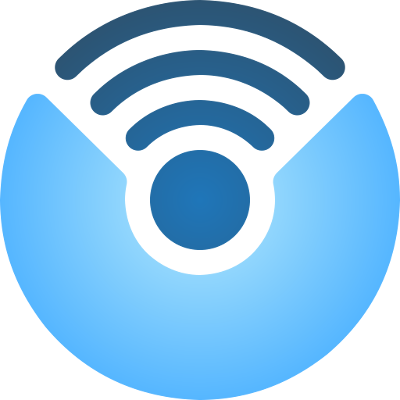 I've been spending far too long staring at this now, and I think that it works quite well as a concept. However I feel that the colours could be chosen better, but I did receive comments that it looked a little like Spotify's icon when green.

After reviewing suggestions, I have come up with this: 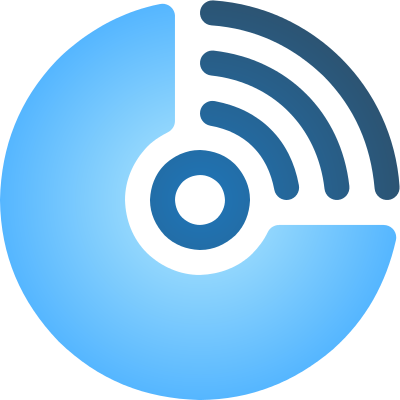 The WiFi part was immediately obvious to me. I think what's hurting the recognizability of the CD is the gradient. If you've looked at other CD renderings, the gradient is angular, not radial. 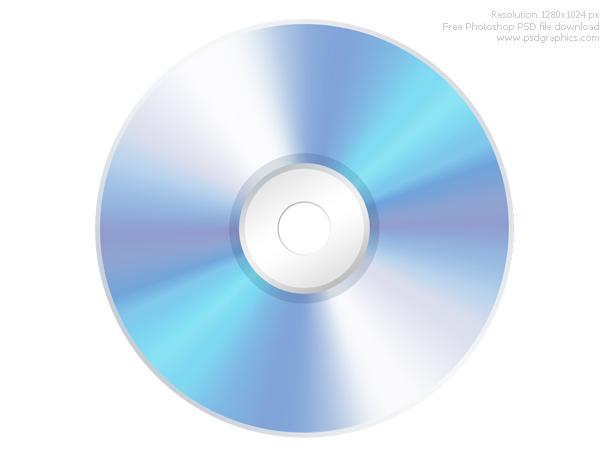 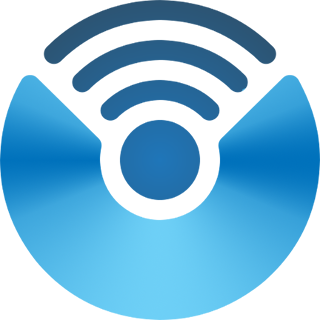 I like it! And once I read the post, I completely get the wi-fi + CD. Having said that, I didn't get the CD the first time. About the remote not being there, I think the wi-fi symbol is a clear enough message, I wouldn't change this to include a remote (it would deserve a different question too).

Something I have (very small) issues with is the gradient that goes darker as you go up on the wi-fi but sort of around in the CD. I do think it helps with the concept of "information coming out of the symbol", so I would leave the wi-fi as it is and perhaps work a little more on the CD. I'd even check what it looks like with NO gradient for the CD.

Have you considered adding the reflections most cds show? Because you are going for something quite flat, you don't need to create a realistic reflection, I was thinking something like:

The center of the CDs also have that double circle that is characteristic of them. I'm not sure how or if I would incorporate these, but it's an idea in case someone else mentions the CD might not be as obvious.

Does this logo effectively portray the product?

Playing devil's advocate: Does it matter?

Logos do not have to portray the product in any literal sense--or quite often, any figurative sense. Take the Nike Swoosh. Or IBM initials. Apple Computer.

Point being, don't dwell too much on literal representation. Make sure the logo is relatively unique, works in the context that it will be used in, and doesn't mis-represent the product. Beyond that, it really does come down to aesthetic preferences (both yours, the clients, and hopefully, the end-customers most of all).

The CD is not reading well. The hole of the CD is the problem. You are using a blue circle as opposed to negative space. I think you need to rework this aspect of your logo.

I like it. I think it works based on your concept and goal, and isn't at all too similar to Spotify's logo. Good work.

However, I'm not entirely sure I get "remote control" from it. Without know more about the product its hard to say though. Based on your concept of Wi-Fi combined with a compact disc though I think its very well executed. It certainly gives me music and Wi-Fi.

When I saw that wireless insignia embedded in your logo, I would expect your app to do something to my wi-fi. A new app to connect to wi-fi networks, maybe an app that scans for Access Point information. If I had picked up that it was a CD maybe I would think it is an app that backups my wireless settings to external media.

Basically, my mind's eye immediately thinks 'local networks, it definitely has nothing to do with the internet'.

it's not an iconic shape until it's reducible to a single color for all shapes, lines, etc. the 2 tones indicate conceptual incompletion. too me, the cd and wifi are not references from the same era. i would challenge you to basically portray "media player" aka linear timeline signal flux and "internet" in a singular shape