How create this glass effect in Photoshop

I came across the this image. I want to make a glass effect like the below image using CSS or Photoshop. Can someone say how it is done? 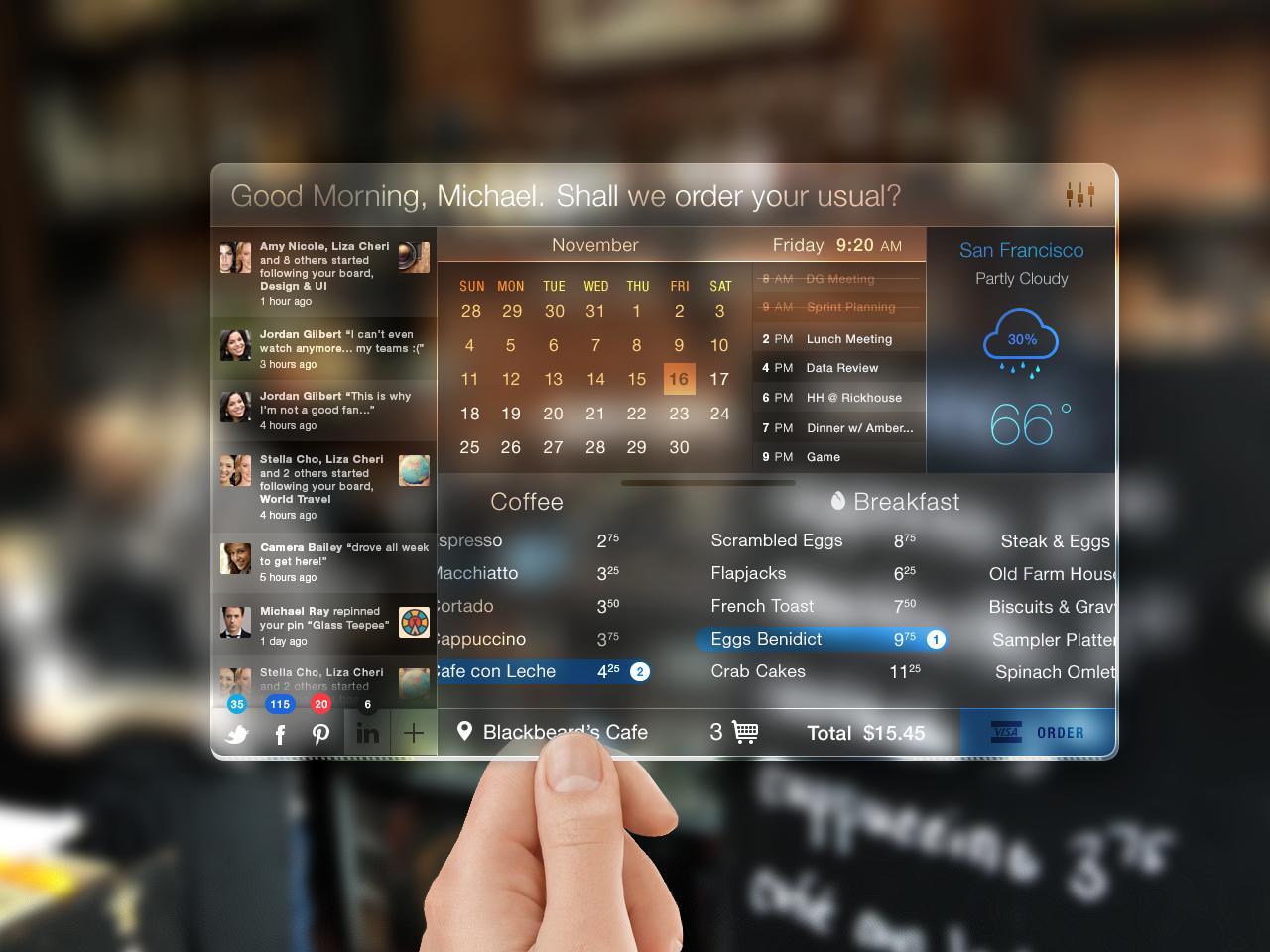 This to me just looks like some white shapes placed over a blurred background with their opacity reduced at varying levels. The "main" rounded rectangle has a white stroke and hardened drop shadow to give it the illusion of thickness. 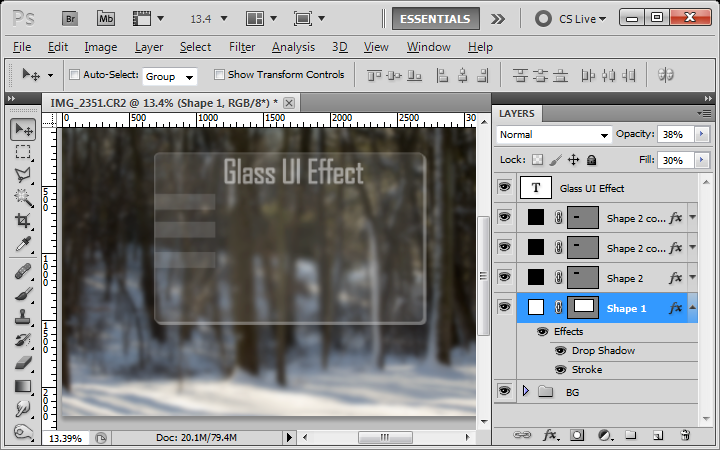 I've created a similar effect in Photoshop, but the same concept could be applied using CSS. Something like the following should do it:

Not the answer you're looking for? Browse other questions tagged adobe-photoshop css interface-design or ask your own question.