Logos with avatars (mascots) vs anything else

Has anyone seen a study on how users react to logos that contain alive things like birds vs just geometric shapes or really anything else? I assume everyone will grow to love a mascot more then just a circle, but I need evidence.

I don't think you can assert a matter of perception as a "law" which applies to everyone. I personally like shapes and symbols better than personifying everything - it gets a little cheesy after awhile. I think it is all about preference and execution. If you have a crappy mascot, it won't fly. If you have a crappy geometric logo, it won't fly either; but either one is just as viable when executed correctly.

Personally, I think it is hugely dependent on your audience.

Children for example love characters, cartoons, animations, smiles and general rainbows, sunshine and happiness. (or at least that's what we condition them to like/like to think they like). So responsive characters and smiley faces are rampant in logos aimed at children. E.g CBeebies this is their logo

now the clever thing is that though their logo is lacking in a mascot, they have these little guys who are consistently shown along side the logo, or bouncing on screen right before or after the logo shows up. As a result their logo is associated with a super happy character/mascot who has a design that iterates that of their logo. 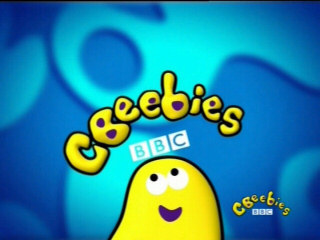 This paper explores 'BRANDS, MASCOTS AND CHILDREN: A QUALITATIVE APPROACH' basically it shows that;

As far as mascots perception is concerned, children’s answers show that they are an important way to develop the relationships between children and brands

That said, specific to graphic design and logos I have taken some research based on consumerism and interpreted a little 'companies need to be able to communicate a meaning' (see this paper for more) If this meaning is communicated more effectively through the use of a mascot in a logo/product well then it can contribute to the meaning the appearance of a product communicates which in turn helps consumers to assess the product on functional, aesthetic, symbolic or ergonomic motives. These motives play a role in the overall product appraisal (same paper) or in the case of a logo the appraisal of the brand.

So in short, yeah if your logo has a mascot that contributes to the communication of a specific meaning, then people should like it.

Long story, we could open the can of worms of visual response and the uniqueness of the context of each audience member and therefore there perception - this is talked about in relation to persuasive imagery here - I think it would be a bit of a tangent for me to ramble about it!

I don't have any studies, but years ago I came across a website called Suicide Food. I don't advocate the viewpoint, but I think it is relevant to your question.

Once you see what they are talking about it is hard not to see it in logos etc. everywhere. My personal reaction is humor and laughter, but I suspect the people who run/ran that blog are earnest about their outrage.

A secondary problem related to animal mascots is that they are often anthropomorphised, and the choices you make as a designer to give character can easily be seen as racist.

Now, you can easily brush this off as people being easily offended, but the point is that you are asking about a logo. If offending people is part of the company culture, then it is probably OK.

Then again, even Tinky-Winky managed to offended some people.

Not the answer you're looking for? Browse other questions tagged logo branding symbolism identity or ask your own question.

5
What imagery and symbolism would you associate with authority, knowledge and creativity?
12
Using stock images for logos
5
Double sided letterhead design with heavy ink coverage on the reverse
10
What do different bracket/braces/parens in logos mean?
4
Critique: Are these text-based logos positioned comfortably, and do they convey elegance?
11
How to avoid making icons and logos too minimal?
1
Open web font that is somewhere between Roboto and Ubuntu
44
How to explain to a client the font in their logo is not to be used for anything else
0
Trademarking Multiple Logos
1
Why keep brand guide and high quality logos private?