How to make this hand-colored drawing even more fancier?

I wanted my son to color some brain template. I will put this into front of my thesis (on visualization of diffusion MRI tractrography data of the human brain), as book cover. How can I put this in even fancier context? Employing some shadows? Where? I just want to look this a bit more professional embedded, without altering it too much. Thanks for your suggestions and ideas. 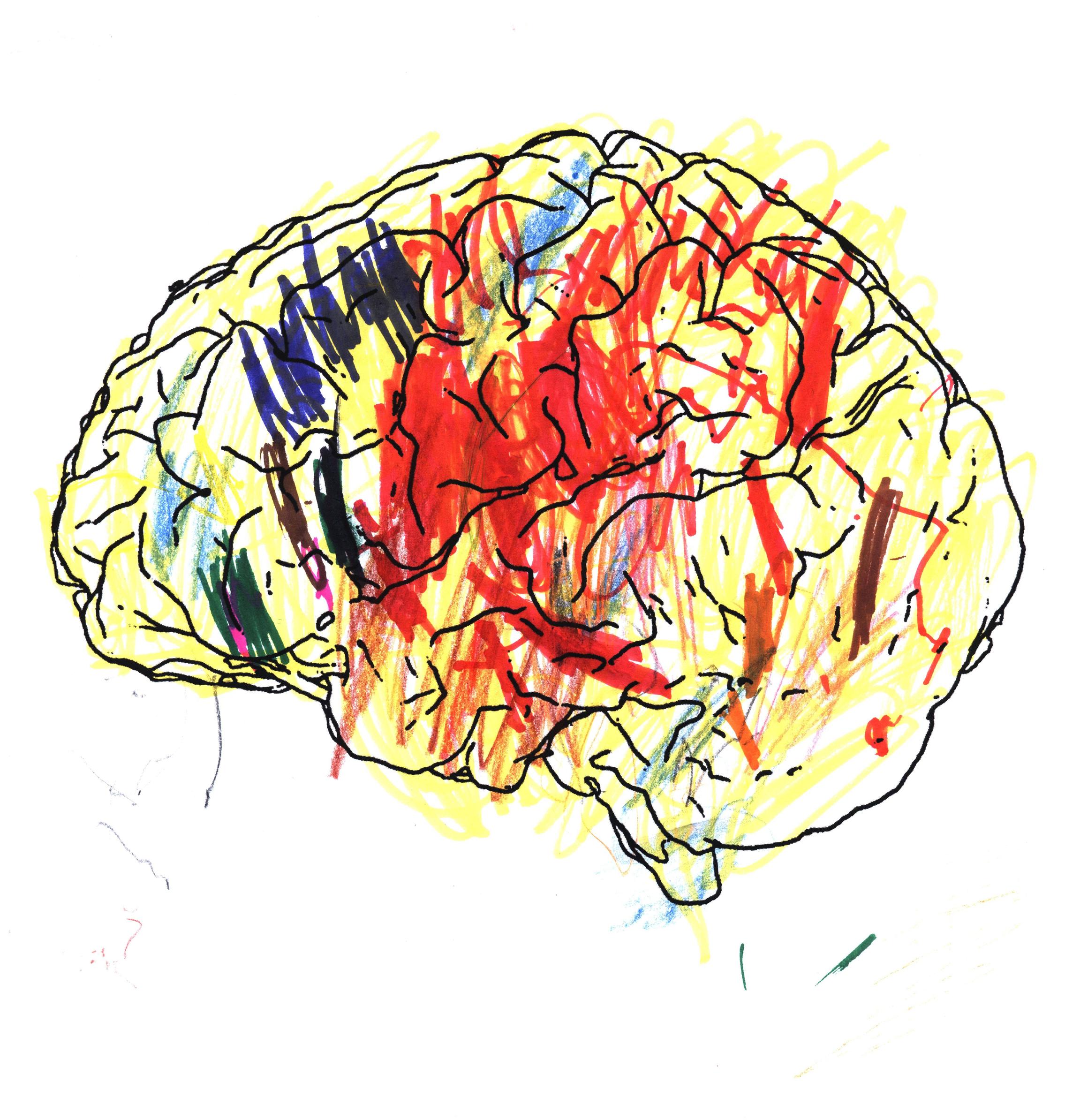 I have the outline as separate image: 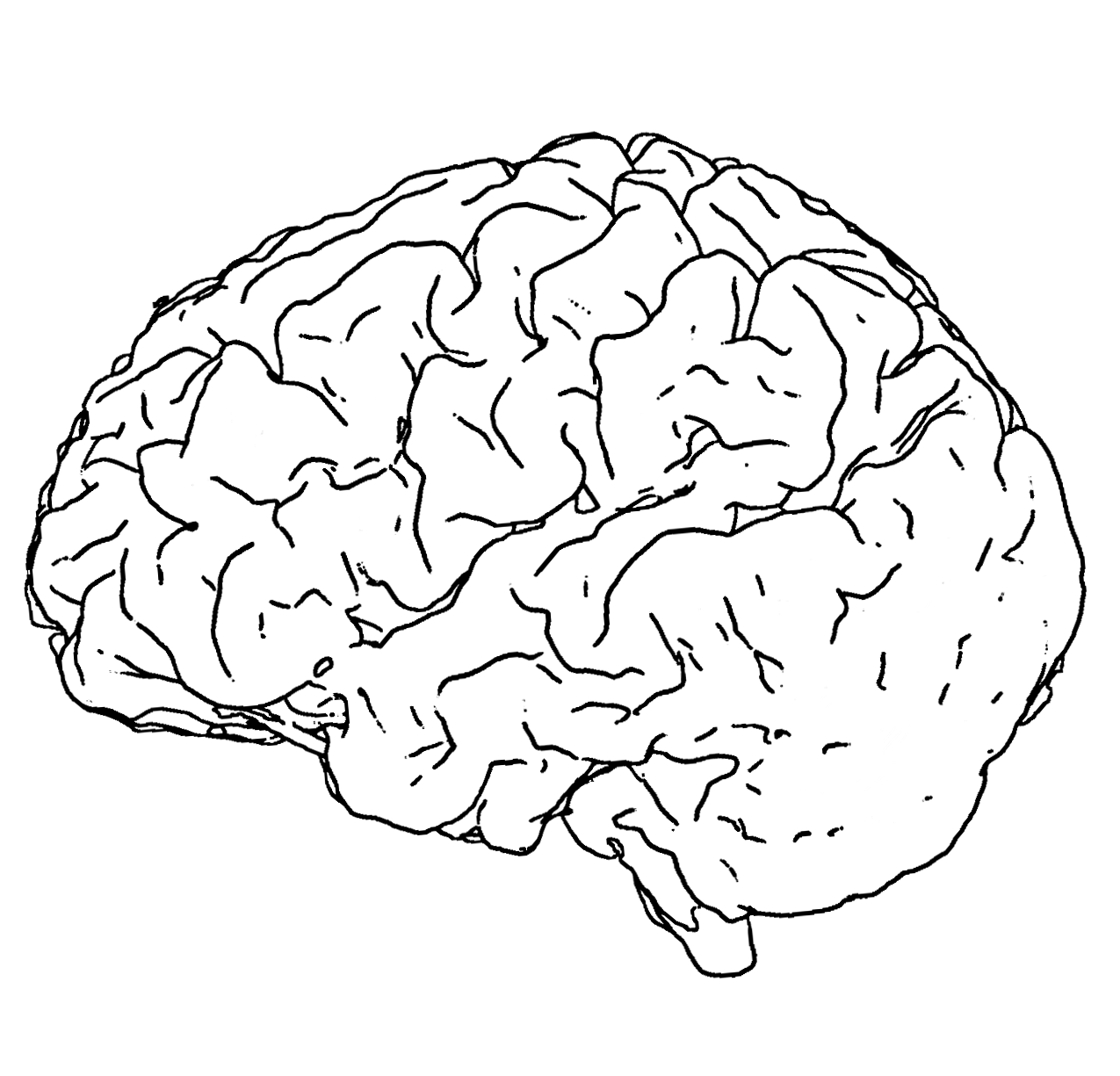 Thanks to all suggestions. What do you think about this? 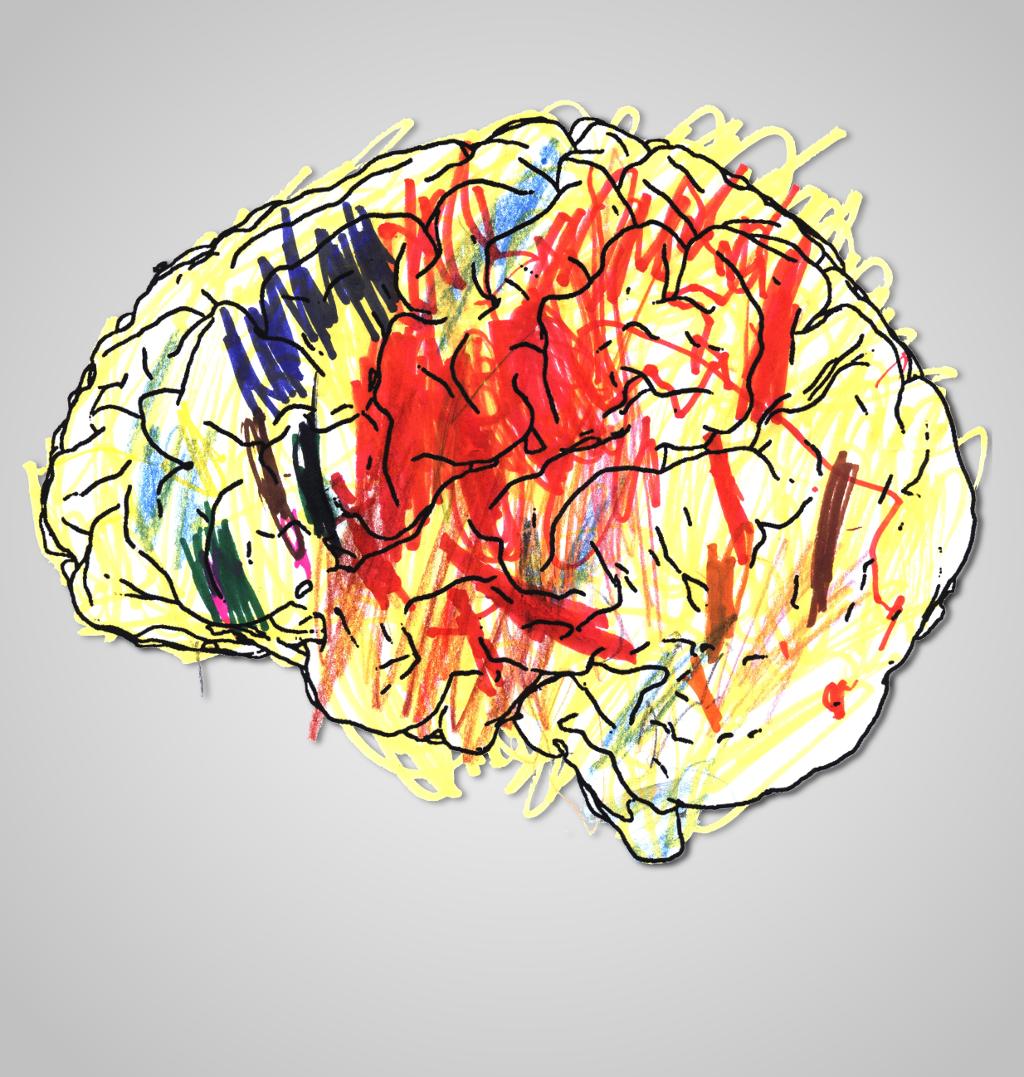 Edit 3: Originally I scanned it like this. The neon colors were due to How I tried to remove paper background... 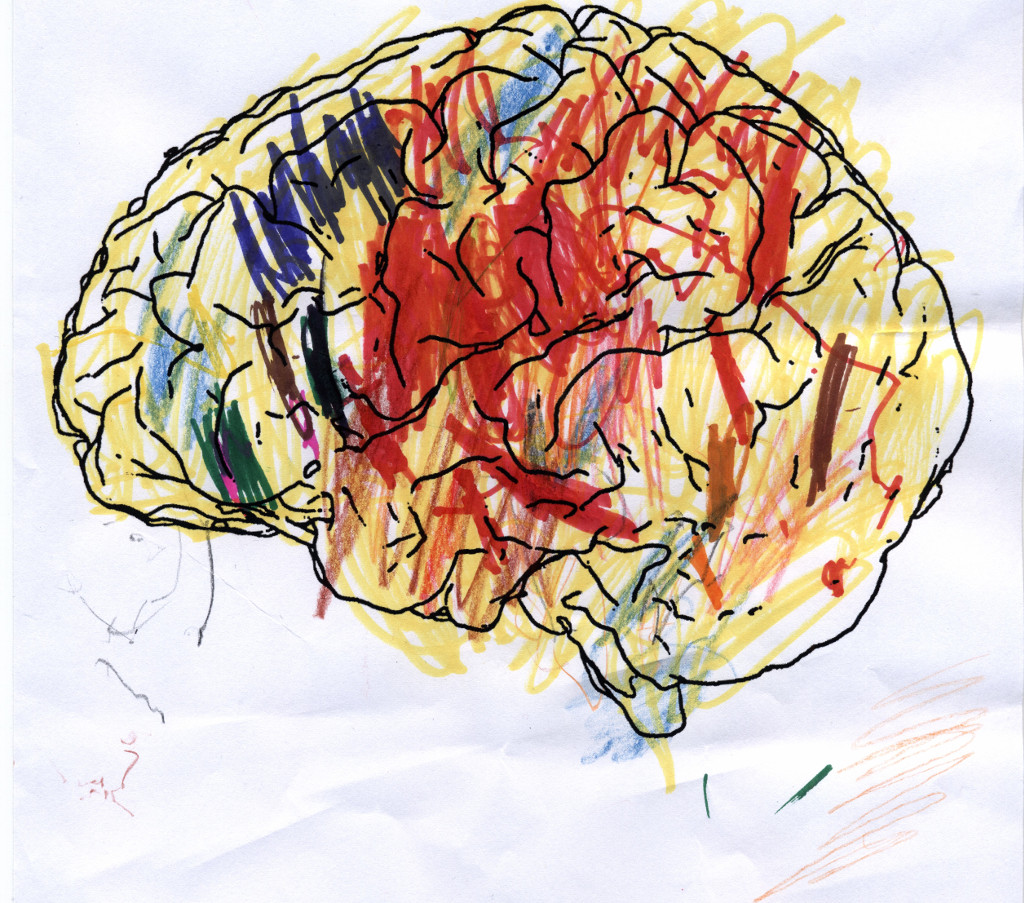 I think I need to rescan it with proper coloring, as this example is cut off on top... 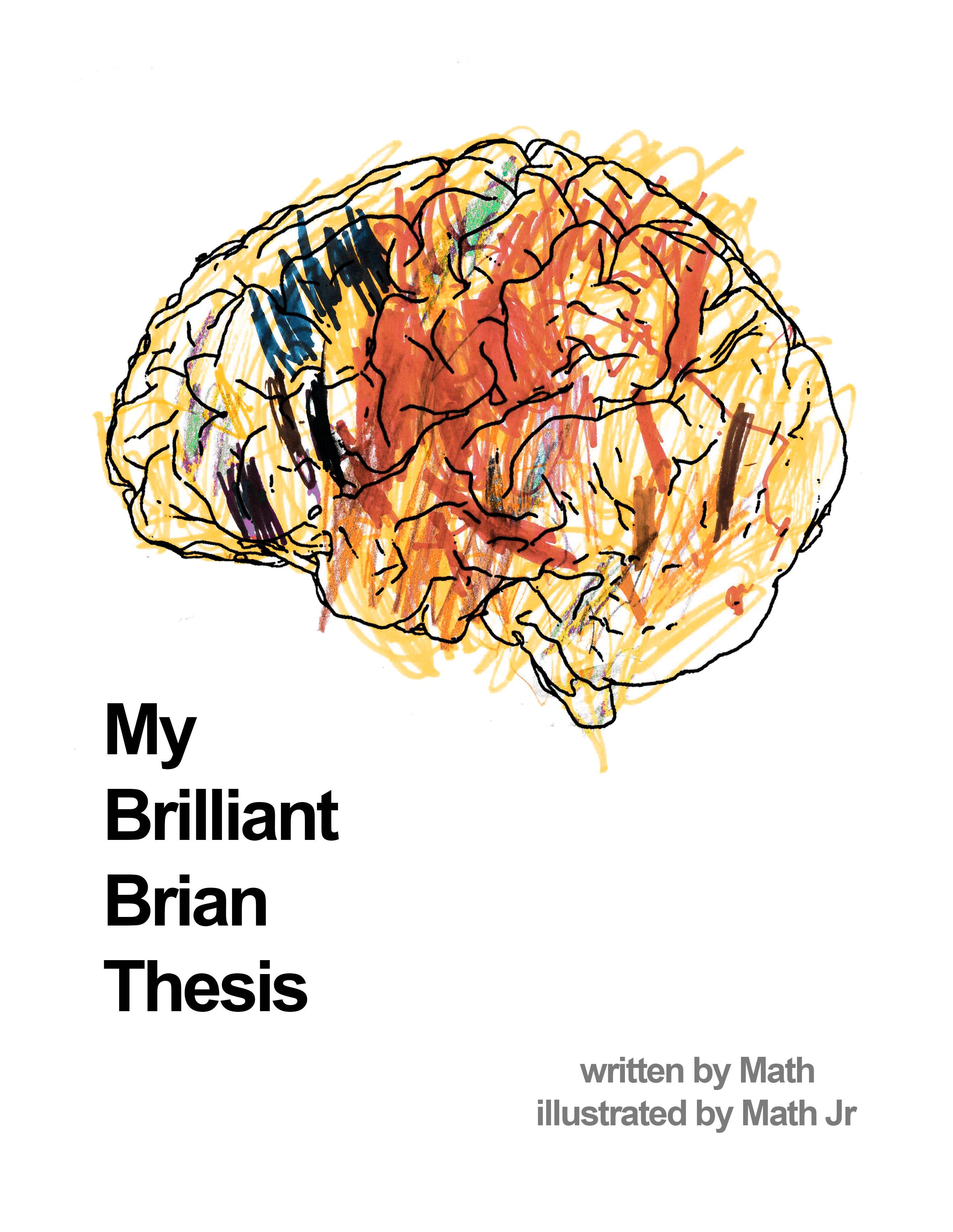 UPDATE: After your revised update, I see Math Jr. was actually on the right track about the color. :-) As it came on wrinkled paper I thought it might be useful to consider if going along that kind of thinking could look a bit less flat. There's lots of options, my point is more about working in the spirit of the material/motif instead of fighting it... 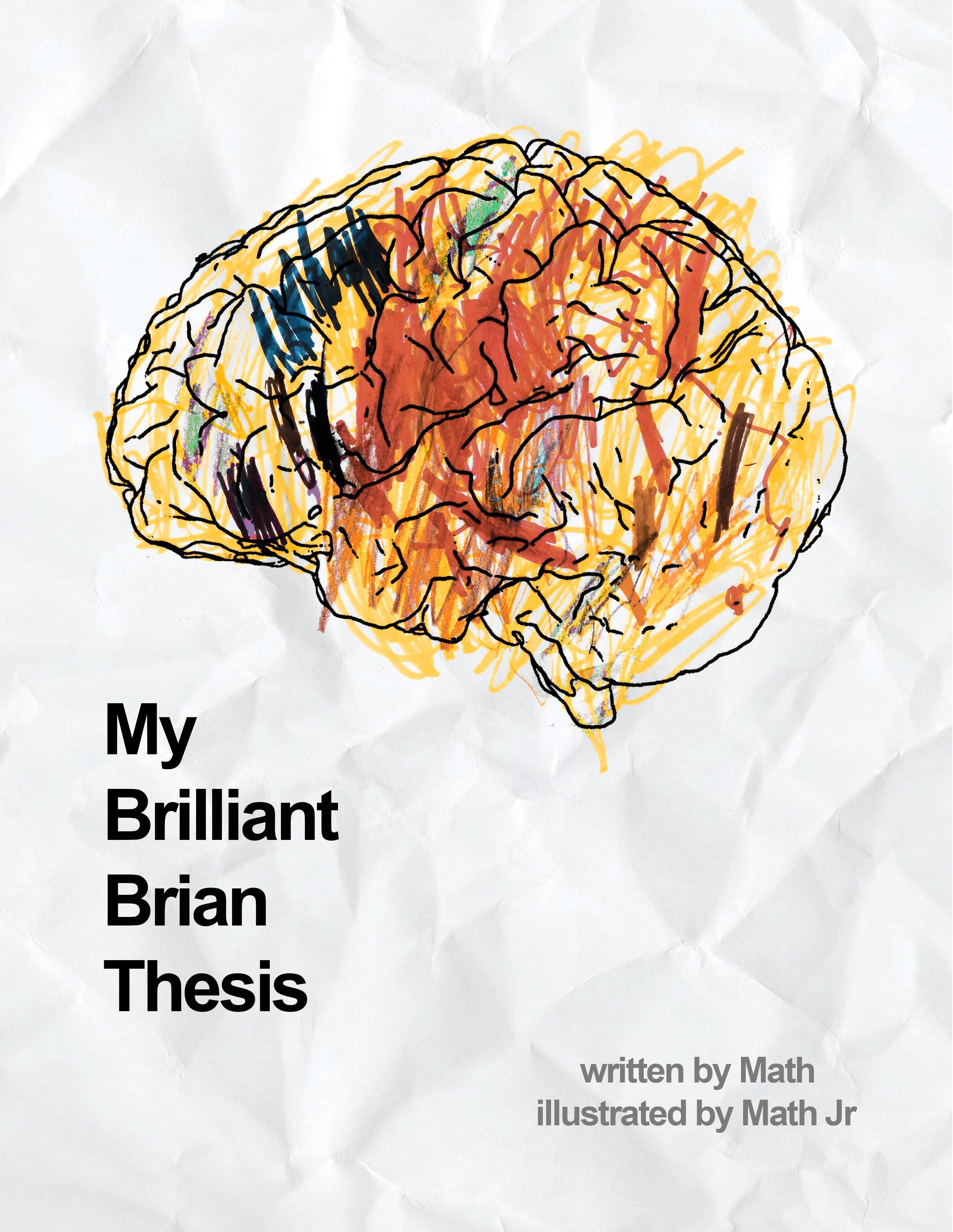 You will have to forgive my immensely crude mockup, but just trying demonstrate some ideas:

Edit: since you added that this will be a hommage to your son, remember the old saying: everything looks good in a frame. This is true; and you could stylize it: 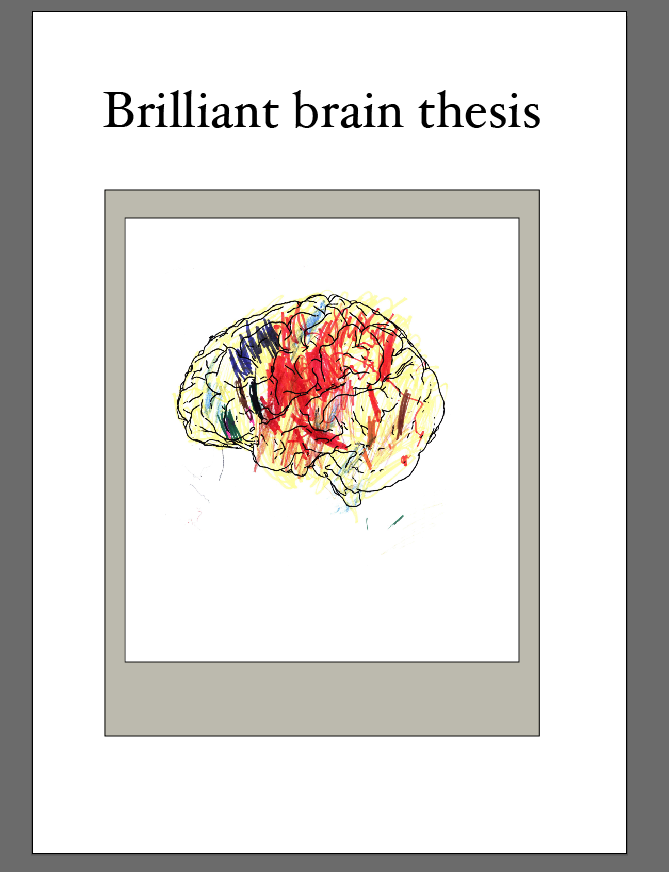 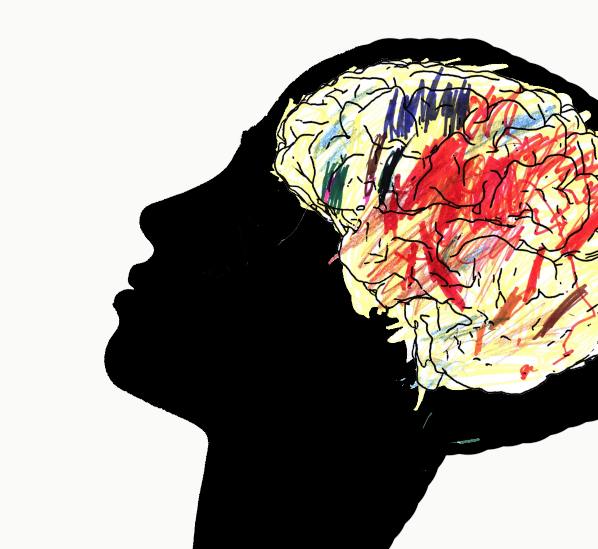 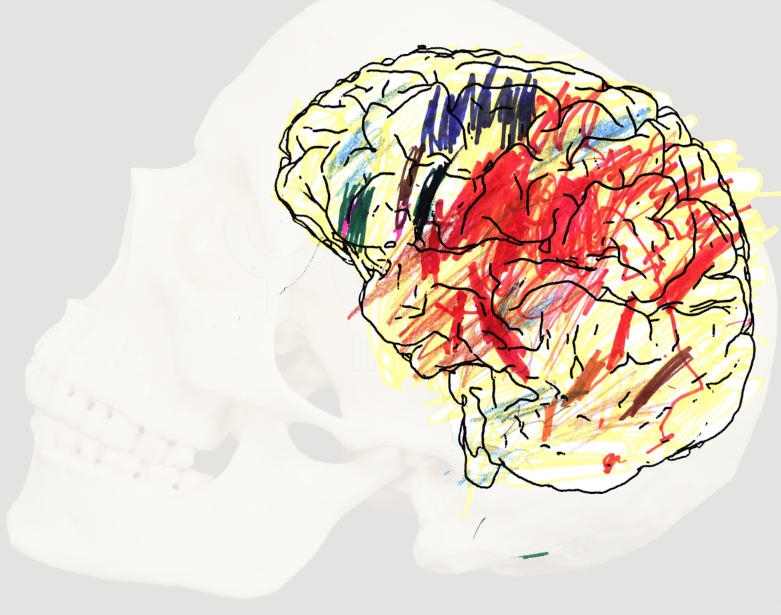 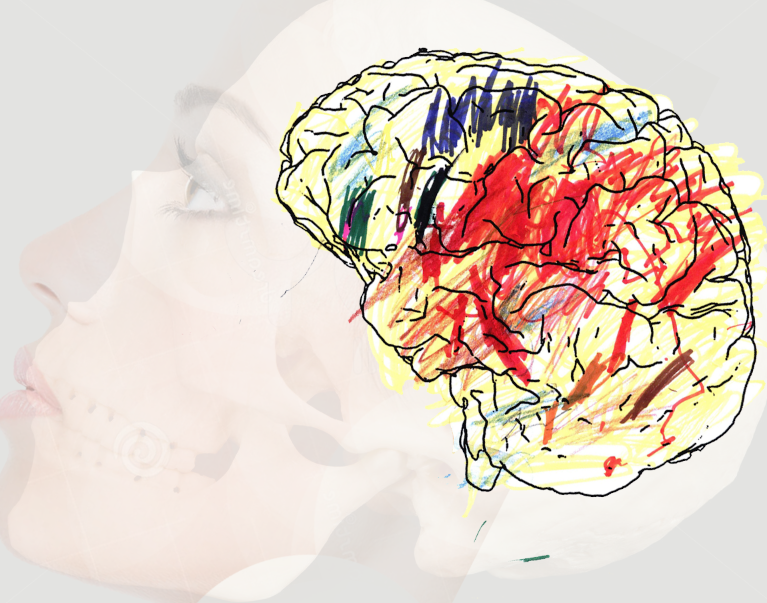 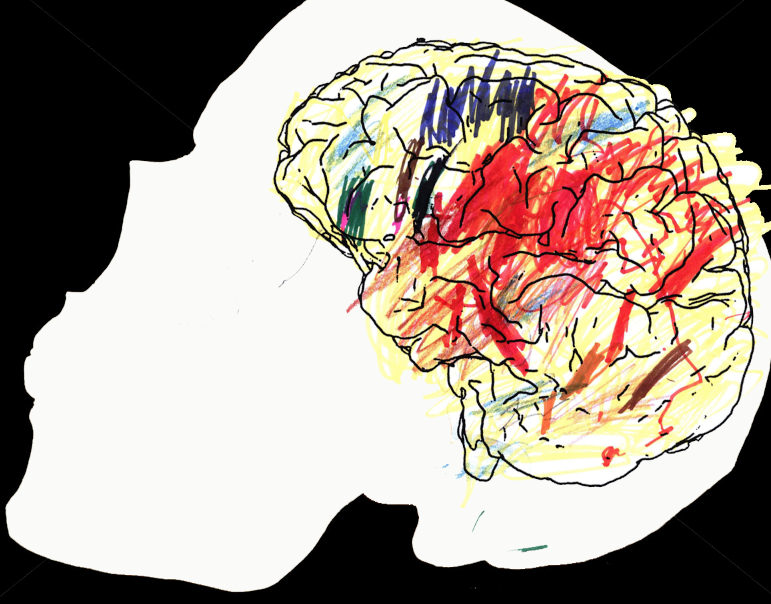 I can't put my finger on why, but I think it would look better with clean outlines around the brain like so: 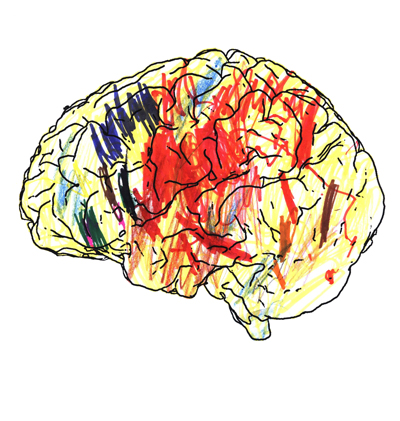 I think it helps to convey the message that whilst it looks primitive it has been chosen for a reason and has been professionally touched up.

I could also make a pretentious statement like the artist has chosen to stay within the overall boundaries creating a stark contrast to the rest of the image.

If you would like to know how best to get rid of the colouring around the image, please comment below this post and we can point you to some existing questions and resources that will help you to do this.

On the point made by Phil Perry, I agree that you shouldn't try too hard to make it perfectly clean all around the outside. It also reminds me of Roald Dahl books and Quentin Blake's beautiful illustrations where there are just tiny bits here and there that he colours outside of the lines. I would not consider Quentin Blake's style to be "adult within the lines" even though he almost always does stay within the lines. 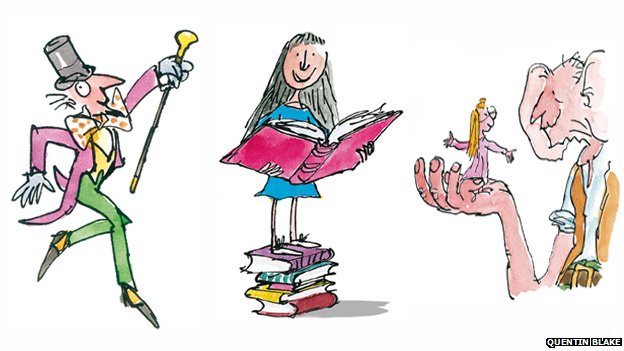 Leave it be, that is, if your child colored a bit outside the lines, that's fine. You might clean up the free-floating dark marks below the brain, as they are a bit distracting. The charm of the picture is that it's by a child, so don't try to keep it all "adult within the lines". Keep some white separation between the picture and any text or other illustration.

Before I say anything else, I want to say that I am touched by your gesture to literally include your son and I think your son would be, too, and regardless of how you eventually decide to present his coloring.

That said, I like your 3rd Edit idea a lot and I decided to run with it and produced my own mockup of a full cover to help explain my thoughts. 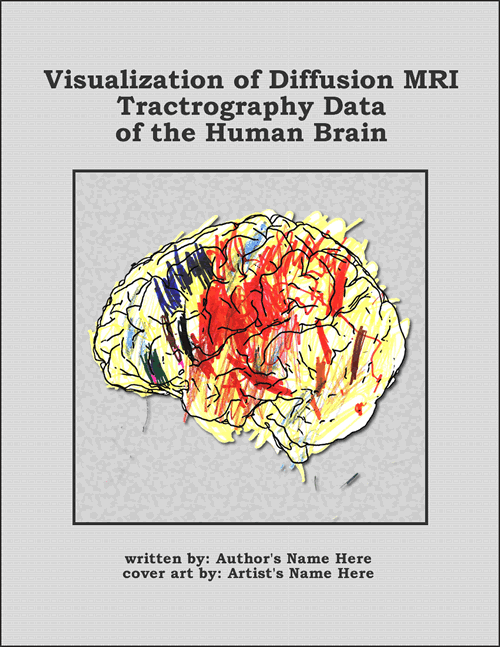 1) I like the illustrated brain as it is including all the color streaks on the outside of the outline.

The body - much less the brain - is not always so 'orderly'; a bit of chaos (the color streaks) helps to literally illustrate this point.

For this reason, I left the wayward color streaks in on my idea and simply used the whole picture of the illustrated brain - minus the white background.

I also liked the idea of drop-shadowing to help make the brain illustration stand out more so I incorporated it into my mockup as well.

2) I like the idea of blending in fun with science.

In the case of your thesis in particular, I kept thinking about brain waves and grids and similar things and so I came up with the idea of using grey (according to my color theory class, grey is supposed to be a good color to help promote creativity) backgrounds with subtle patterning.

3) If possible in your thesis cover (or maybe elsewhere), a credit to your son for the coloring of the illustration would be a way to 'immortalize' his inclusion into your thesis.

An extension of this idea is: After you get your thesis printed, print him out his own copy, too, and have both of you sign it.

In my mockup as an example, I indicated a credit to the person responsible for the illustration of the brain.

I think there is already a lot of contrast going on here:

What is the message you want to communicate with this though? Are the colors located in meaningful places of the brain?

I think if you add more to this, you will make it less professional. Pick a very legible serif or sans-serif to go with this and a nice quality of paper. You might want to play with how to frame the brain in the page. Reuse the colors of the drawing for elements like titles, bullets, etc.

I wouldn't go much further or it might get chaotic. If you really want to add to this, you could make the drawing look like it was cut out of the paper, leaving a white outline all around it, putting a light shadow on this and then using a solid color background.

I place for the inspiration some examples from shutterstock: 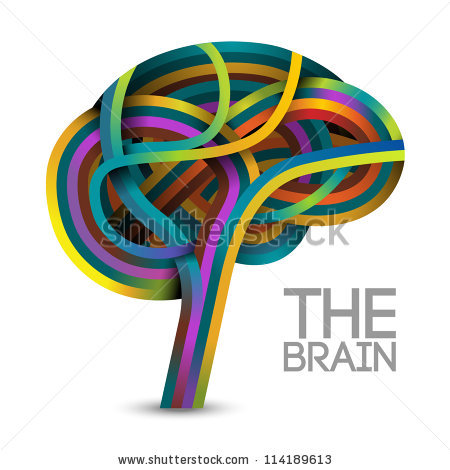 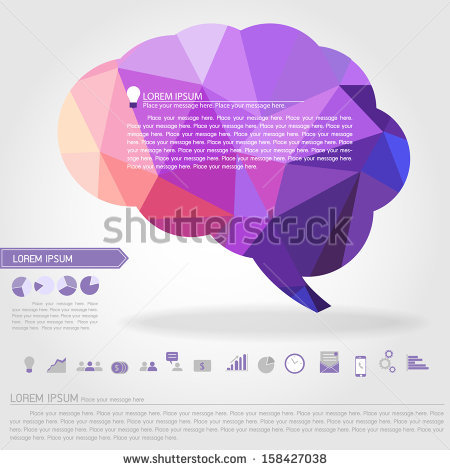 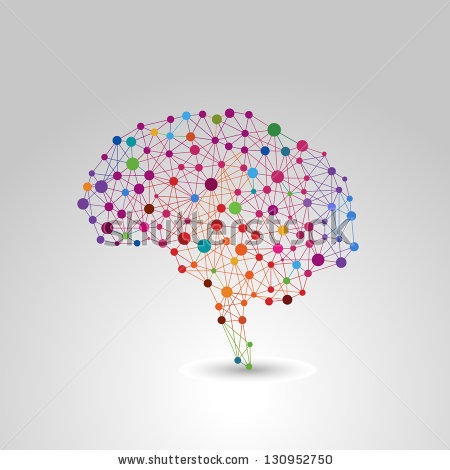 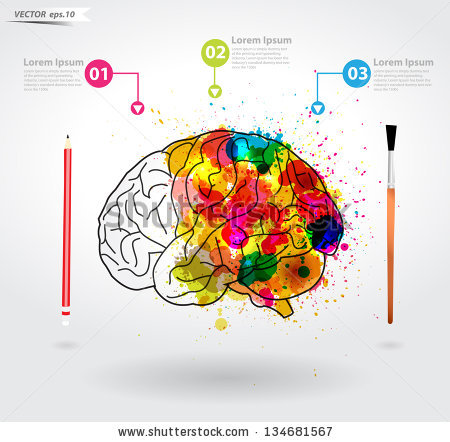 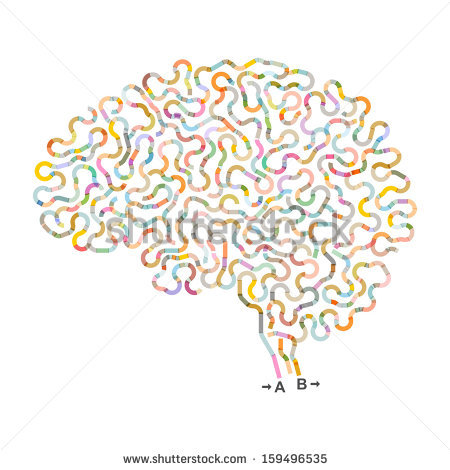 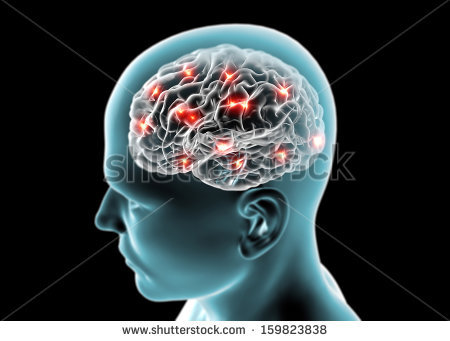 That said, that doesn't mean you can't do more with the cover...certainly to more, but emphasize the great rawness of the artist's work rather than disguise it. Example: 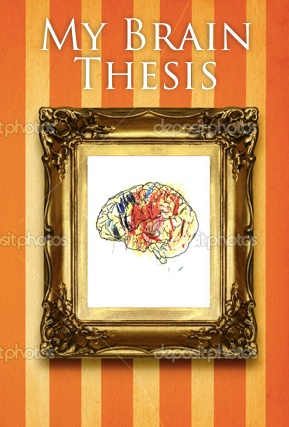 Remove the black parts of the image with photoshop (best cut them out). Then apply some blur filter and something making the colors cleaner, maybe even shine like the design in Tron. Then either add all on a black background and add the brain image in white above it or just overlay the black brain image again, although grey could look better. In such cases I usually contact a designer and let him/her do the clicking.

Imagine this image, but instead of thin border lines you have filled areas. So anything your son has drawn is in strong colors, brain lines are white and background is black. 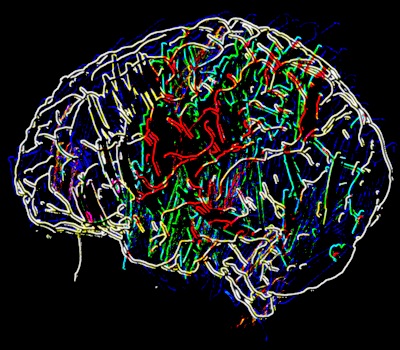 Not the answer you're looking for? Browse other questions tagged illustration critique or ask your own question.

2
Critique: How can I make this flat design more exciting?
5
Critique: Is there something I can do to make this illustration's ears look more symmetrical?
0
How can I make this graphic more like a spark?
2
How could I make more appealing titles on this particular design?
7
Is this aesthetic done by hand or by editing photographs?
1
What do you call this kind of editing where you put color-filled layers on top?
4
Drawing attention to this banner by using color
4
How to “automate” this drawing process using brushes?