Should graphics meant to be wrapped around a cylinder be stretched to compensate?

I am designing a 1:1 height-to-width circular graphic to be printed on a mug. However, when printed on the mug, the graphic looks noticeably squished and oval-shaped as a result of the mug's curvature. This applies to any situation where a graphic is wrapped around part of a cylindrical shape.

Should I squish the design out wider to counter this skinny appearance or should I should leave it as is? Which is good practice? What is usually done in this situation?

I've printed hundreds of mugs and always stretched logos and full handle to handle images by about 20% horizontally. (this was for 12 oz. mugs) Benteh seems confused and has provided an image which further confuses the situation. The cylinder is a continuous curve and no matter where you place the logo or where you look at it, the anamorphosis is exactly the same. In the second image of the mug, he has projected a 2D circle onto a 3D mug without regard for the printing process, which wraps a transfer or decal around a cylinder and does not "project" the image onto the mug.

It's easy to experiment, simply print a number of circles with various amounts of horizontal stretch applied, cut them into strips, wrap around an appropriately sized cylinder and see which one looks best. You could even take a picture, thus converting it back to 2D and measure the height and width. I'm sure there is some fancy math formula for this, but hey, we can't all be brilliant math majors and this only costs you a sheet of paper and maybe 20 minutes. While you are at it, you can place the print anywhere on the cylinder and look at it from multiple angles. I promise it will look good no matter what. Be careful about overthinking things like this when a little bit of experimentation will get you to where you want to be quickly. Unless you like to explain to your customers that the logo is perfectly proportioned and it's a trick of perspective making it look oval or rectangular vs. circular or square. I promise they just want it to look good and don't care what you do pre-print to get there. Beauty is in the eye of the beholder, and money is in the hands of the customer. The first leads to the second every time.

For a logo on a cylindrical mug? No you should not distort.

That would only make your circle wobbly from a slightly different angle. In fact, from another angle it would look like a blob. We have no problem accepting this copyright C as a circle. If it was, from this angle, a perfect circle, our minds would be a little confused. 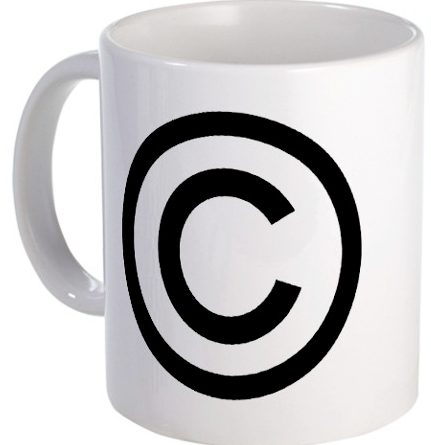 It looks wrong, the circle is kind of "falling out" or "off": 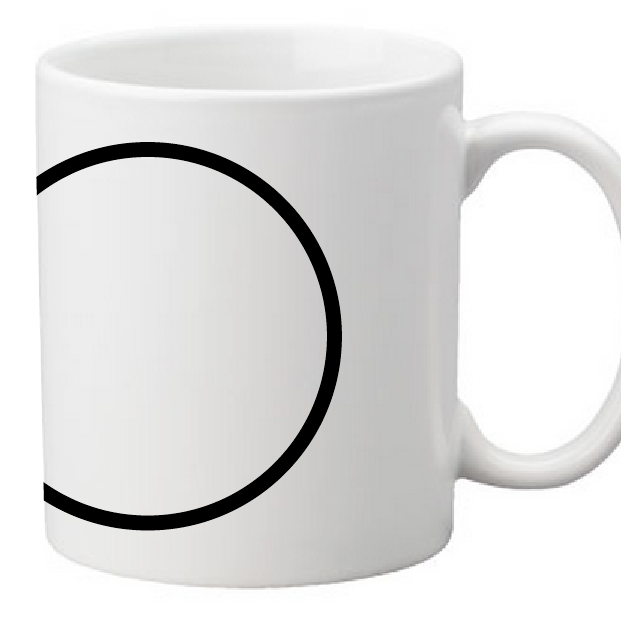 The mug is a 3D object, and will therefore never be 2D. Our brains are masters of navigating 3D space, and if you tinkered with your circle logo, you will only create Dali-ish melting clock.

Consider streetart. They are heavily distorted to compensate for angle. That is why they only work when viewed from one specific angle. 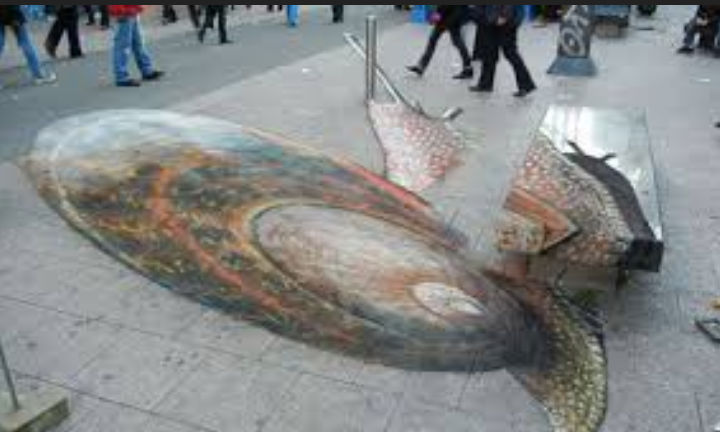 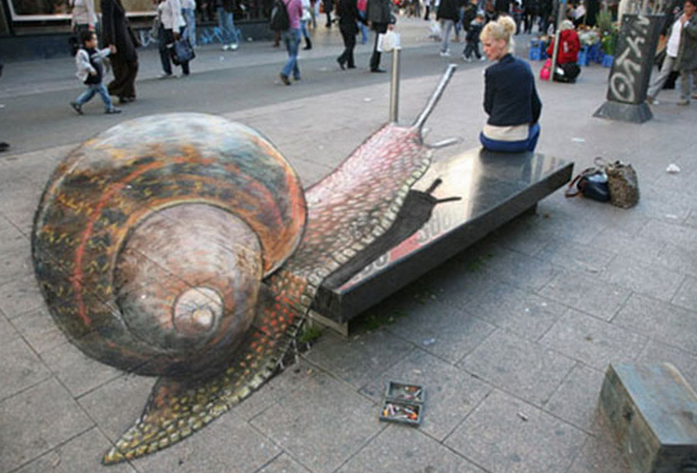 Your question is about of particular implementation of Anamorphosis.

"You should stretch the picture horizontally. I saw some guy sketching the circle on the mug - until it looks perfect to him, then placing on the mug semitransparent paper and copying the "circle" (oval actually) to the paper. Then scanning it - the resulting image match perfectly to the needs - you should understand that he scaled the original pic to the scanned oval."

In order to compensate the spatial image deformation on uneven (i.e. round surface) you should know the observer's point of view - because the picture cannot be seen as "normal" from multiple points you should choose one and the most frequent point is just central front, similar to the situations like when you normally look at the pictures in the museum (you should visit museums regularly!). 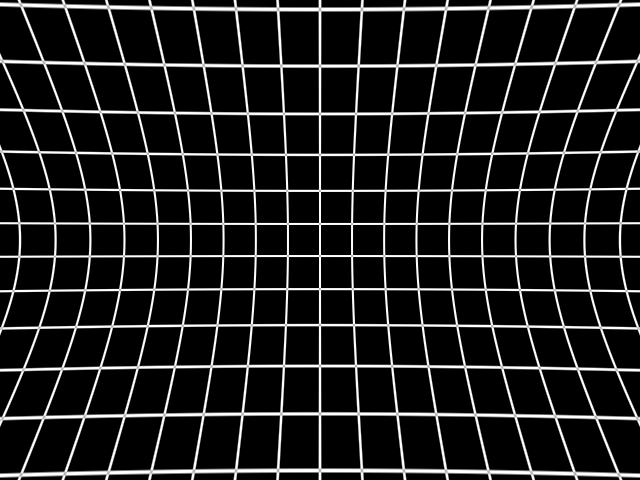 I should state that I created anamorphic images by hand and by laser projecting (you can google the topics) and it is absolutely fun: I take a shape and placed it on some distance; next from the observer's point of view I projected laser beam on the borders of the shape (it was just text label as I saw in the internet) and by marking the laser beam projections on the walls I created anamorphic text, similar to this - 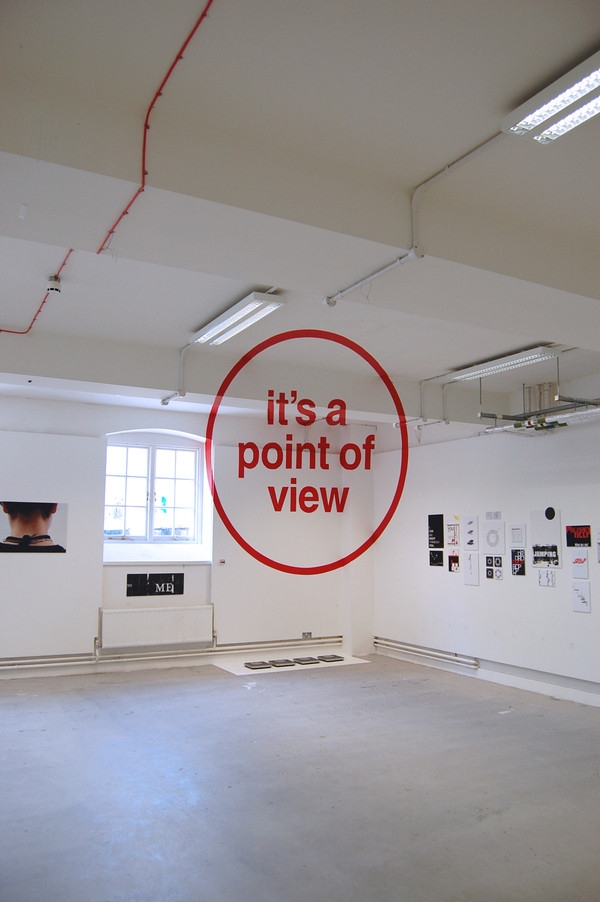 6
Should I provide a dieline around a package design?
1
Brochure Design: For a saddle stitch (center stapled) brochure, what adjustments should be made to compensate for creep?
0
How to add bleed in an image in inDesign which has important details around the edge that should not be cropped?