Can I redesign a logo I created in Photoshop in illustrator?

I created a logo for my husbands business in Photoshop and he loves it! I understand that logos though need to be created in Illustrator in order to be resized with out loosing it's quality. Can I still create the same exact logo in illustrator with the same filters and effects I did in the original photoshop version I created? He wants the logo to be used on business cards, website, promotional items but also big enough for a wall banner or decal in his new facility. Any help or input would be greatly appreciated!!! 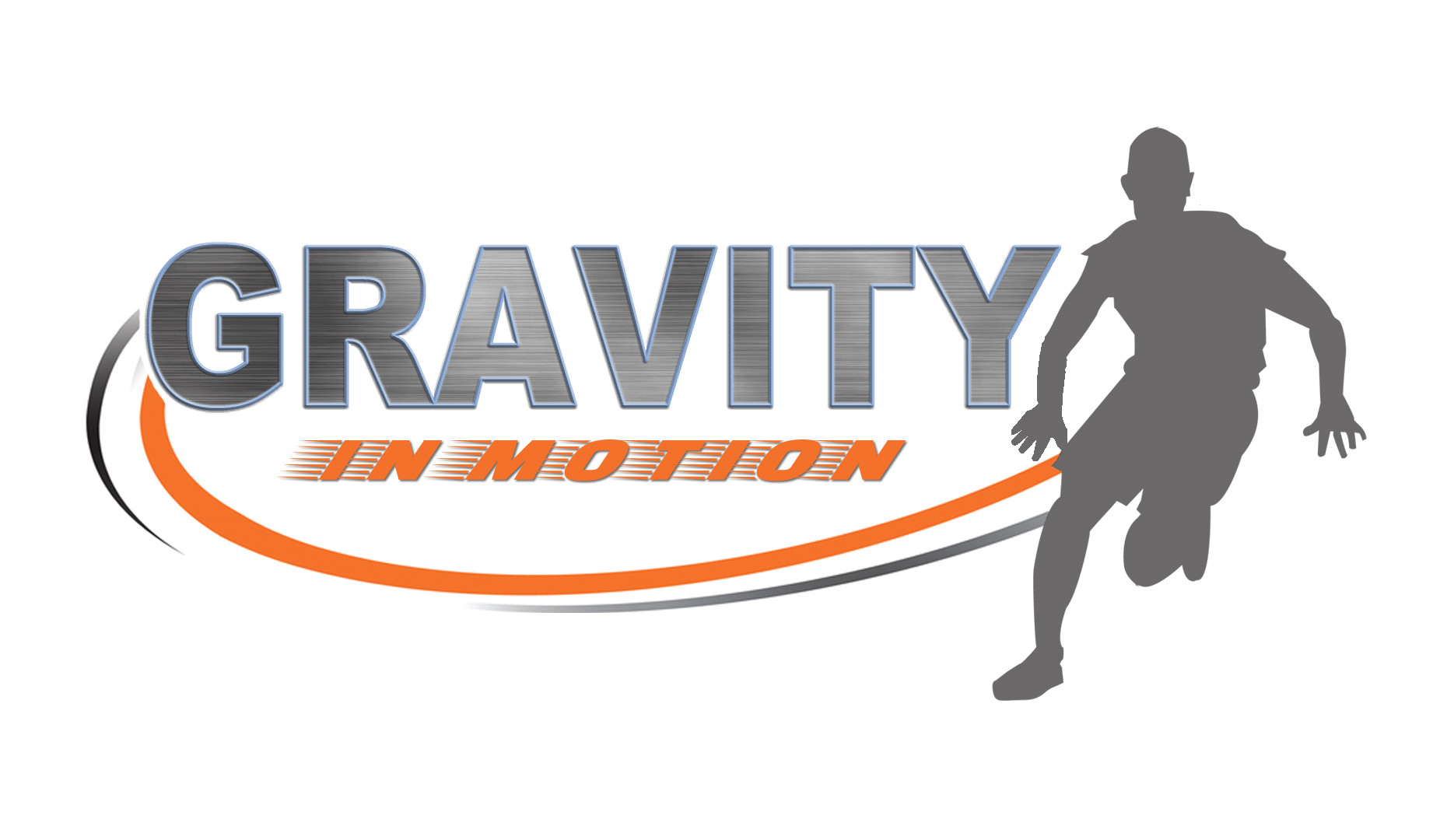 Can you do it? Probably!

It would not be all that difficult to create this logo within Illustrator. However, that's not the important aspect to take away for logo design. What you really should aim for is the logo to be 100% vector. That would be a little bit trickier due to some of the effects you've used. Here are the areas that jump out at me as problematic for vectorization:

The first issue I see is the "brushed metal" fill you've used. It would not be impossible to create something similar using vectors, but getting it to look exactly like it does in the Photoshop version would be a challenge.

The second is the Bevel & Embossed stroke you have on "GRAVITY". I would probably play with Illustrator's 3D effects to achieve a similar appearance (which should give you vector results, I think).

The last part that might be problematic is the drop shadow on "IN MOTION". Drop shadows are often actually raster, just be sure you use a method to create one that is vector.

The rest of the logo is just shapes, though you'll have to play with the gradient tool to replicate the elliptical lines.

Does it all need to be vector? Depends.

As I mentioned before, you should aim for a 100% vector design with logos. However, vectorizing this logo would require a lot of effort. Your time might not be worth it. If you're open to modifying the logo so that it's easier to vectorize, I would go that route.

If you insist on keeping the same exact design, I'd go with a hybrid raster/vector version. For instance, you could just use a clipping mask on top of a raster brushed metal image and achieve the same effect. There's always the possibility that when you have something printed you'll need to make some design sacrifices based on the limitations of the printing process. A vector version of your logo will make it much easier to adapt to whatever hurdles your printer throws at you.

Somewhere I have an unfinished essay challenging the assertion that a vector drawing "does not lose detail when it is scaled". It really depends on what you call a "detail". Because any non-linear property of a graphic relationship is lost in vector scaling. It ties into why you can't double the temperature of the oven for a recipe and cook it for half the time...

Another day I'll finish that post. But vector formats are a means and not an end. Nintendo sold a lot of video games with covers that were scaled bitmaps, showing the pixels clearly. It's very context driven...knowing where your image will appear and how. As an example, I knew my avatar would be miniaturized...and came from an 8-bit gaming era. So I put it on a pixel grid: 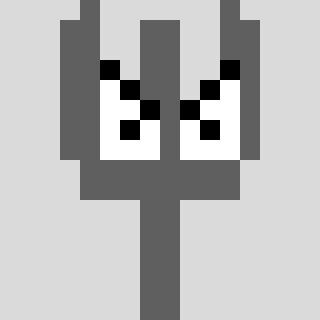 Did it "lose resolution?" Nope, it lost nothing in being scaled up, it just has a different property. As it happens, this is a property that works in its favor when size is being reduced (as avatars often are). Mine looks better reduced than many others that may look good at larger presentations. But it's an avatar, right?

Point is, there need not be a vector religion. 300dpi is considered print quality, and Apple called 326 dpi "retina". If you can define your mark big enough within that range, then vectorizing it may be something you can put off into the indefinite future--if not eternally. @JohnP told you what's likely easier vs. hard and gave you the answer you were probably looking for...yet don't do work unless there's a reason to do it.

Bigger questions that many designers like to tackle are about "uniqueness", the "bones" of an idea - or the greater question of a "motif" or "abstraction" that transcends any particular imagery. It winds up as a cross between business intelligence, marketing, graphic design, and psychology. Discussions can get very abstract and heady... "What is gravity in motion...gravity being a field property, it is a state; it doesn't itself move...:-/", "What do we represent", "Could we capture our branding concept in a 16x16 pixel favicon for the website?", "If our idea were a color which color would it be?"

The sillier aspects of such deep introspection aside, how does your work "stand out" from the madding crowds? How will the name you choose be affected by existing search terms? When all these factors are considered, it may be argued that if you are going to be investing hours of work on technically iterating a design in your hand... that the vector vs. raster question is not nearly as important as "bigger questions" challenging the foundations of the design in the first place.

So to be a devil's advocate (sort of literally, considering some comments I've argued against): is your logo truly a "design" or better modeled as a "juxtaposition"? A reverse image source found your in-motion character as a dead ringer for #3 in this lineup: 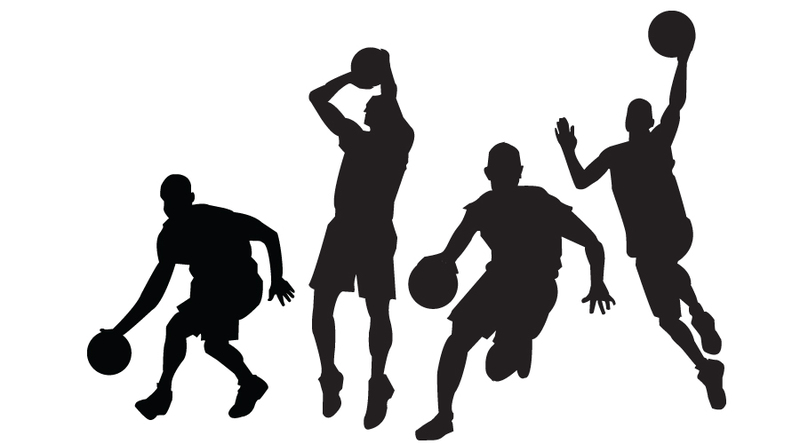 If you cropped out the ball, and worked with Photoshop to make a new hand (which doesn't appear to be a copy of the other hand)... that's some good skill. Not quite the skill of drawing from scratch, but modification is useful. (If you found that same character minus the ball somewhere, then your image search is better than mine.)

You can certainly learn how to vectorize this image, and you can learn the details of any program. But maybe you should take a couple hours to watch a movie like Helvetica (trailer) and get a sense for the kinds of concerns and different opinions in design that exist. I think that may be more important than the vectorization, and probably more rewarding as well.

Additionally, some things are just about experience and knowing the turf and cliches. You can start finding humor in spotting applications of the Papyrus font, which achieved a level of design infamy for having been shipped in a set of default fonts. It isn't so much that Papyrus is bad on an absolute scale - it's just that when every Thai restaurant or day spa with a homemade logo picks it and uses it clumsily, it becomes a sort of "kick me" sign indicating that it was not made by an experienced designer.

By that token, the "ubiquitous swoosh" (as in the ellipse fragments of your logo) will almost certainly come under fire from designers as not being motivated or original. See "Avoid the swoosh" and "Swoosh, there it is", for instance. Coming under fire for repeating an effect that is pervasive in design might seem illogical; "If it's such a bad thing, why do so many logos use it?" But really it all comes down to design self-awareness; to be able to defend the choice when considered against alternatives.

There's a lot more to consider, of course. There's visual hierarchy: what can a person absorb if they see a logo for 1 second, vs. 3 seconds, vs sitting down and scanning it for 10? If someone only has one glance, what will they remember or what will be their impression? Would a survey yield a lot of "I saw...GRAVITY and some guy about to fall over"? :-) If so it might suggest that your "in motion" is somewhat hidden by the racing lines, color difference, and small size. So you might play with GRAVITYinMOTION or other ways of building relationships in the type.

Then grid structure, color theory, figure and ground, etc. My big favorite in consideration is always going to be context. Basically, being really aware of where and how something is going to be used...what it's going to be printed on...how it might interplay with materials and what inks or fabrics or plastics are available.

(I pick the frames before I make a piece of art; it's much cheaper that way than picking a random size and colors vs. having to custom frame after the fact! Then again, I used to work in custom art framing...)

...so it's all deep. Yet with all that said, we're always learning and rethinking design philosophies. So don't get intimidated. :-) Just if you try working in a vector program, then you might find it more fun to do it from scratch with some of these ideas, instead of thinking of it as a "conversion".

Not the answer you're looking for? Browse other questions tagged adobe-photoshop adobe-illustrator vector logo photoshop-effects or ask your own question.

2
how to explain to a client why the logo he has on his mind is a bad idea?
0
What should be size of Document in Adobe Illustrator?
0
Issue with strokes switching orientation in Illustrator CC
0
Logo in Illustrator to Photoshop for High-PPI Export
3
Critique my 10y/o logo and my redesign attempt