I've got two paths with really big strokes. I'd like to combine them in a way that the strokes line up, and I can avoid having to outline the strokes and end up with a lot of paths to manage. Specifically the top left area the strokes don't line up. Any ideas? 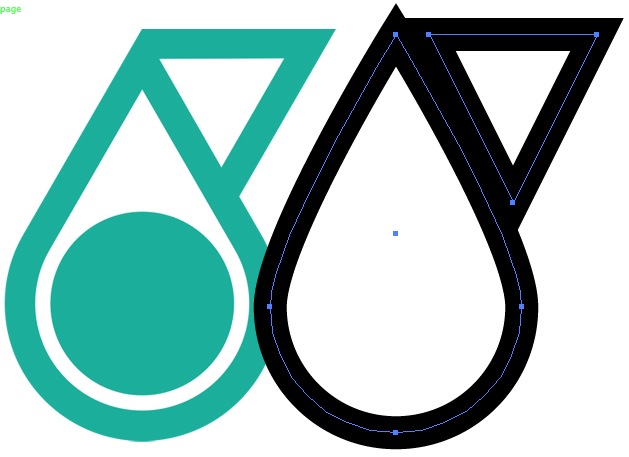 EDIT/UPDATE: Thanks for answers everybody. Just for further clarification, I believe the following simplified figure demonstrates the problem. Wanting to "join" these two paths and have their strokes line up, without resorting to outline stroke, and having glitch free (when zoomed in) meeting of strokes. 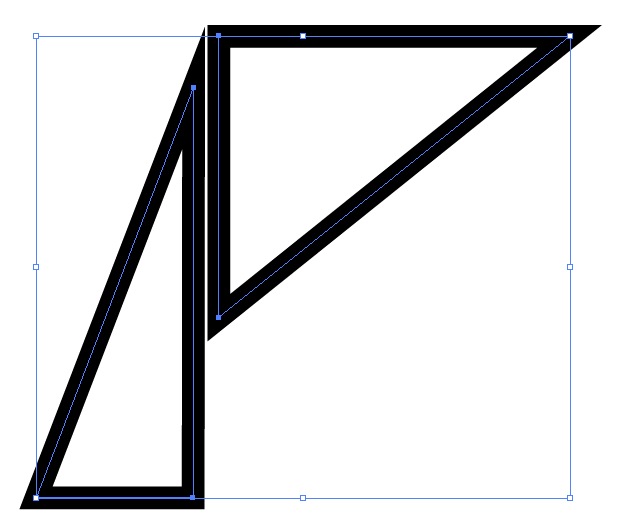 Seems to me the solution is to use an inside stroke on the "triangle" piece and move the top side up align with the top point on the droplet shape: 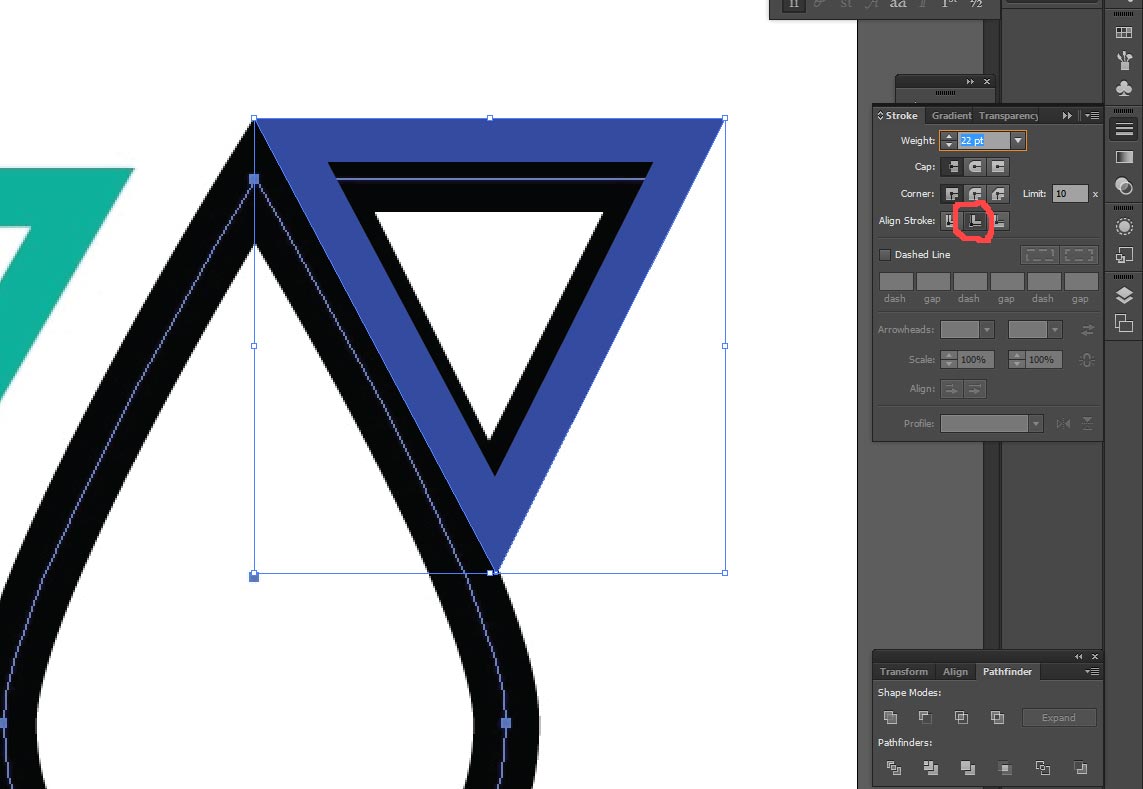 Basic construct of the figure: 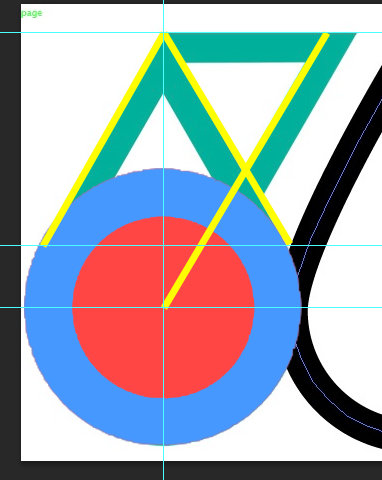 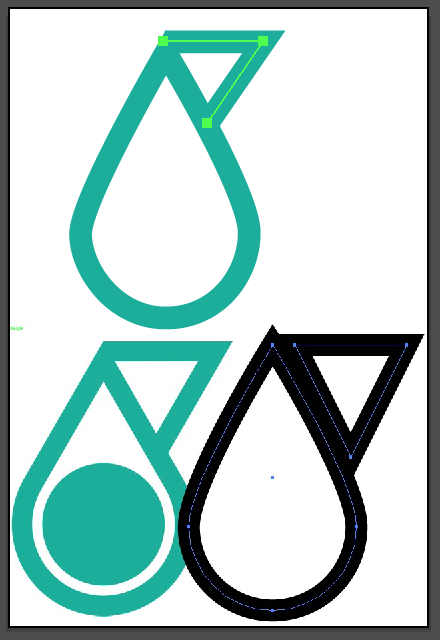 Next, I expanded both shapes and United them via Pathfinder->Unite, 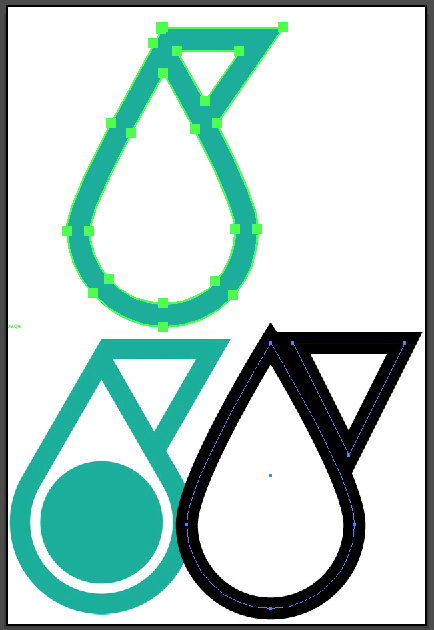 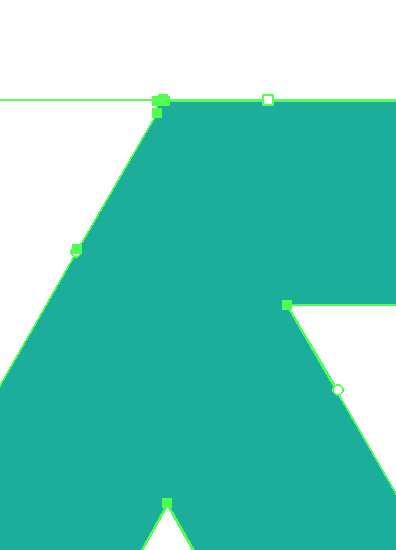 End point you wanted to match - 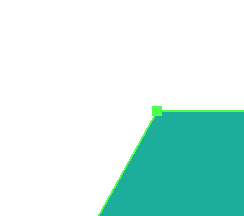 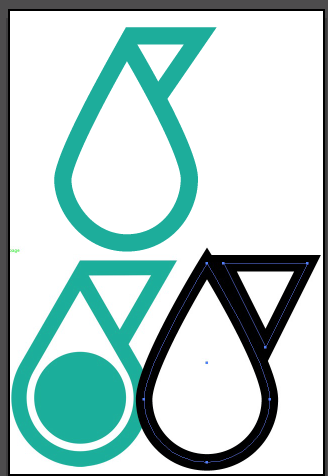 (I did it 1 minute, take your time and you'll better then that)

From a technology standpoint, traditional paths are not designed to "share points" in the way you are looking for. A path is a series of points in a specific sequence...informing the logic of the path stroking code (and there are things like "Winding Fill vs Odd-Even Fill" if you want to dig into deeper technical implications.)

What you are seeking is more in the spirit of a mathematical concept of a Graph than it is a Path. You would like to think of your object as a collection of points, where each point doesn't lead lockstep to another...rather, it specifies a reusable coordinate that may be used for multiple connections without having to lead that path (or another) back to specify the point again.

I feel your pain; it's definitely how I think. If you haven't seen demos of things like SolidWorks then take a look. It shows how much better a program like Illustrator could be, but isn't. :-/

I've seen the SDK for Illustrator...and given the foundations they're working on, I wouldn't expect such features anytime soon. One feature that might make some aspect of your life easier, at some point, is the the "Live Paint" feature. Let's take two rectangles with no fill and overlap them a bit: 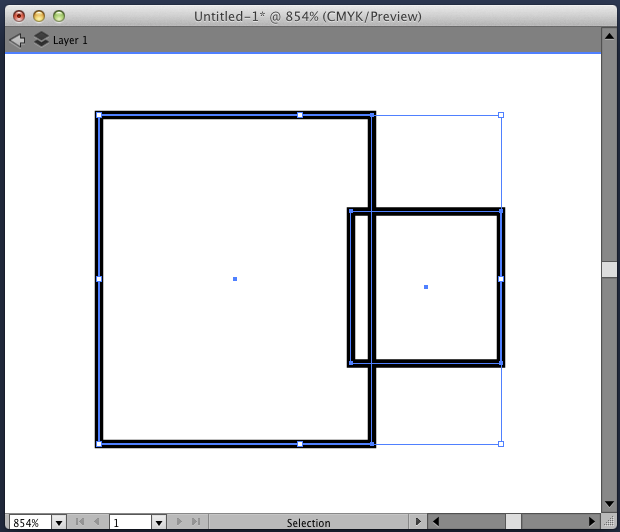 Select them both, and then go to Object -> Live Paint -> Make. After you've done that, pick the Live Paint selector tool (Shift-L):

Armed with this, you can start selecting the lines and shapes created by the intersections...deleting edges and fills that aren't part of your "specification". For instance, you could select the encroaching portion of the smaller square here with one click and delete it all at once... 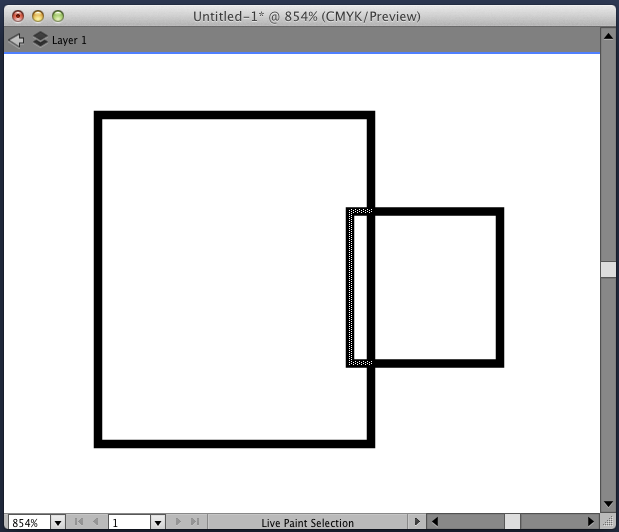 It helps you manage points of intersection cleanly, but unfortunately doesn't create coordinates shared between paths. It's a thin layer over the existing format. Might still come in useful, sometimes.

This logo is a combination of shapes. There is a circle and an arrow shape within the drop + another arrow shape added. I created it and the paths look like this:

It's simple. Just add 2 anchor points where the circle meets the arrow. Then delete the unwanted parts. Add the right arrow and it's done. Hope that helps.

1
Create second path with specific offset from previous
0
Brush outline and fill
1
How do you combine two paths into one, or is there a better way to draw this shape?
2
Issues with inaccurate snapping and line weights
1
How do I combine closed shapes' paths in Illustrator?
0
SVG for Web — possible to use clipping via CSS without a clipPath?
0
Inkscape's “Stroke to path” produces hole in the middle
1
How do I tidily join up lines in illustrator?
4
Apply clipping mask on strokes