How to make a smooth PMS gradient transition in Illustrator

I'm currently working on versions of a logo that has some gradients. CMYK looks fine but I'm getting poor results with PMS. I would normally fix this by building a mixed ink in Indesign but it doesn't seem possible in Illustrator. I also tried putting the lightest color solid on the bottom layer and putting the gradient on a top layer in overprint fill but I'm afraid that's not the best way to submit my file.

Any ideas? Here is a screenshot of the gradient in CMYK (left) and PMS (right); I want to make the zone where colors are transitioning smoother and have a printer-friendly file. 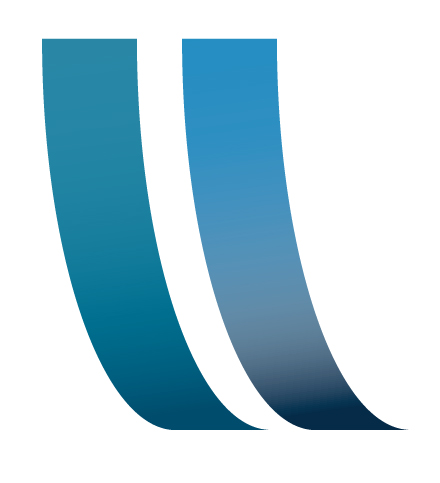 I had exactly the same problem you have, with almost the same colours: two blues. My solution was very similar to what Scott suggested in his answer but, (instead of overprinting one gradient on the other one) I ended up, by the suggestion of the printer, overprinting a gradient of 0 to 100% of the darker blue over an area of 100% of the lighter blue.

This is what I originally did (no overprint), and the result was awful:

This is what I ended up doing

The are two reasons why I did it this way:

As Scott suggested, the reason for overprinting is that when you have two gradients, one that goes from 0 to 100% an the other one going for 100 to 0%, there will be an area of lower density where both gradients meet, sort of mid way (depends on how fast your gradients change). There will be less ink in that area so the resulting colour in this area can look kind of washed out.

The reason for this was to avoid banding. When you have two gradient screens printed one on top of the other, if they are not perfectly registered, they can create an artifact that results in visible bands of colour instead of smooth gradients. I am sure you have seen this in low quality prints.

Word of caution: depending on the transparency of the darker ink, the colour at the bottom of the gradient, where both inks are at 100%, might not be exactly the darker PMS but a mix of both PMS inks.

This is how it ended up looking in different strata: 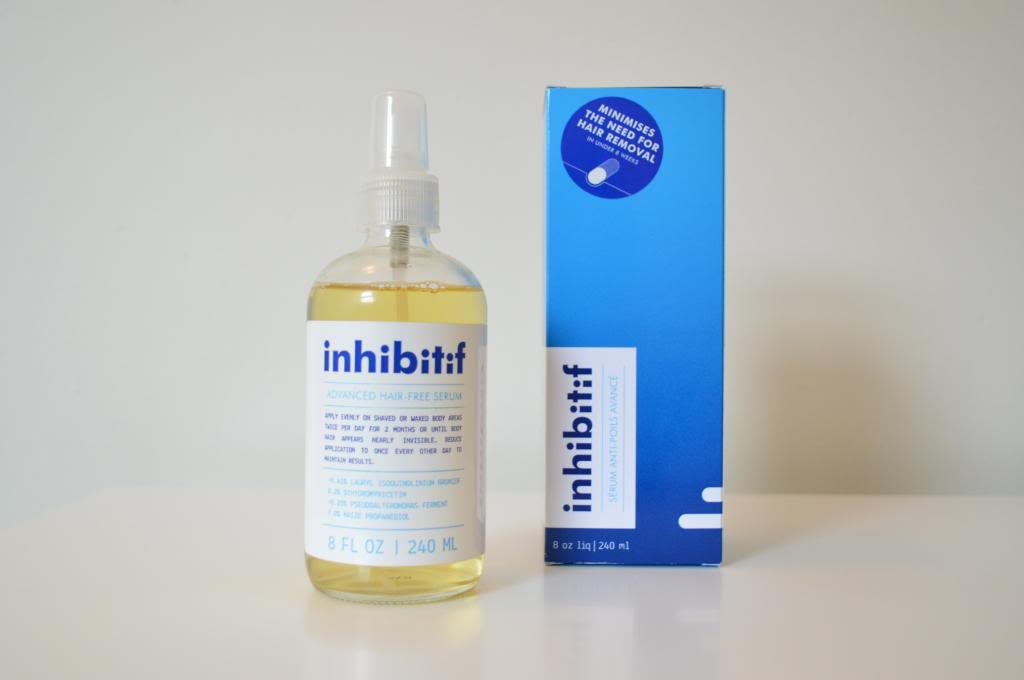 Metal and Plastic (including labels). These strata are less absorbent so the overprint result is a bit bolder. 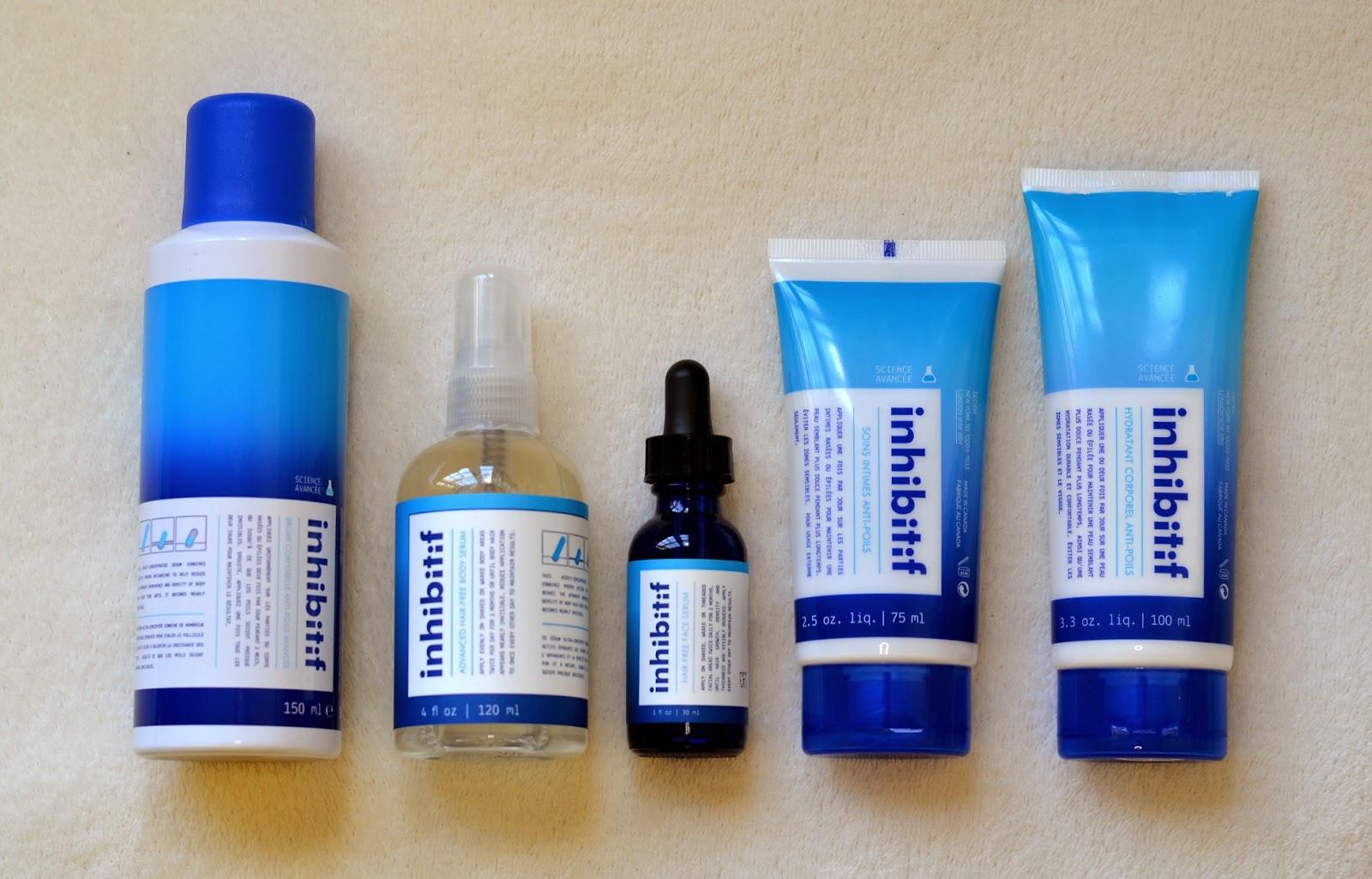 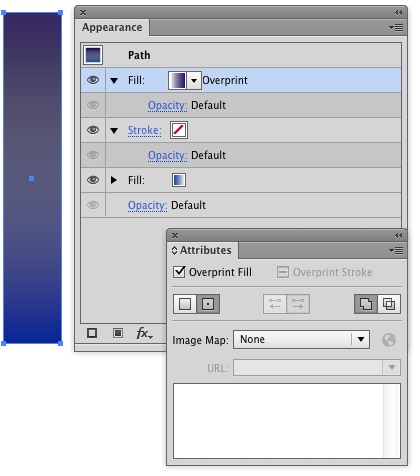 On screen, this is about as good as you'll get.

Not the answer you're looking for? Browse other questions tagged adobe-illustrator print-design color-conversion pantone or ask your own question.

3
Why Gaussian blur in Illustrator fades into gray?
5
Considerations for a producing a multi-color logo
3
What's causing my gradient problems in illustrator?
3
Illustrator: How to make color-to-transparency gradient on dark background appear without gray area
2
InDesign Gradients Showing a lot of Gray
4
How to create a vibrant gradient with 2 Pantone Colors?

0
One of the letters in my company's vector logo is partially transparent
3
How can I correctly convert a CMYK Photoshop PDF to sRGB?
0
help understand color and gradient fill in illustrator
2
How to choose a PMS colour close to a certain CMYK value?
0
For Print: Changing a CMYK logo to gray and bringing back to CMYK (in illustrator)
2
How does an artist who is used to physical drawing configure and use Adobe Illustrator?
5
Print Question about Spot Color vs CMYK Process with Outer-Glow in Illustrator
4
How to create a vibrant gradient with 2 Pantone Colors?