Why does Color Dodge produce different results when applied to a group of layers, compared to when applied directly to the layers themselves?

In Photoshop, I can't figure out as to why this happens.

I painted with a soft round brush at 100% opacity with the color set to white and grey on a new layer.

I duplicated the layer and then I put the duplicated layer inside a group.

Can anyone please explain why I get different results with the different methods/configurations? 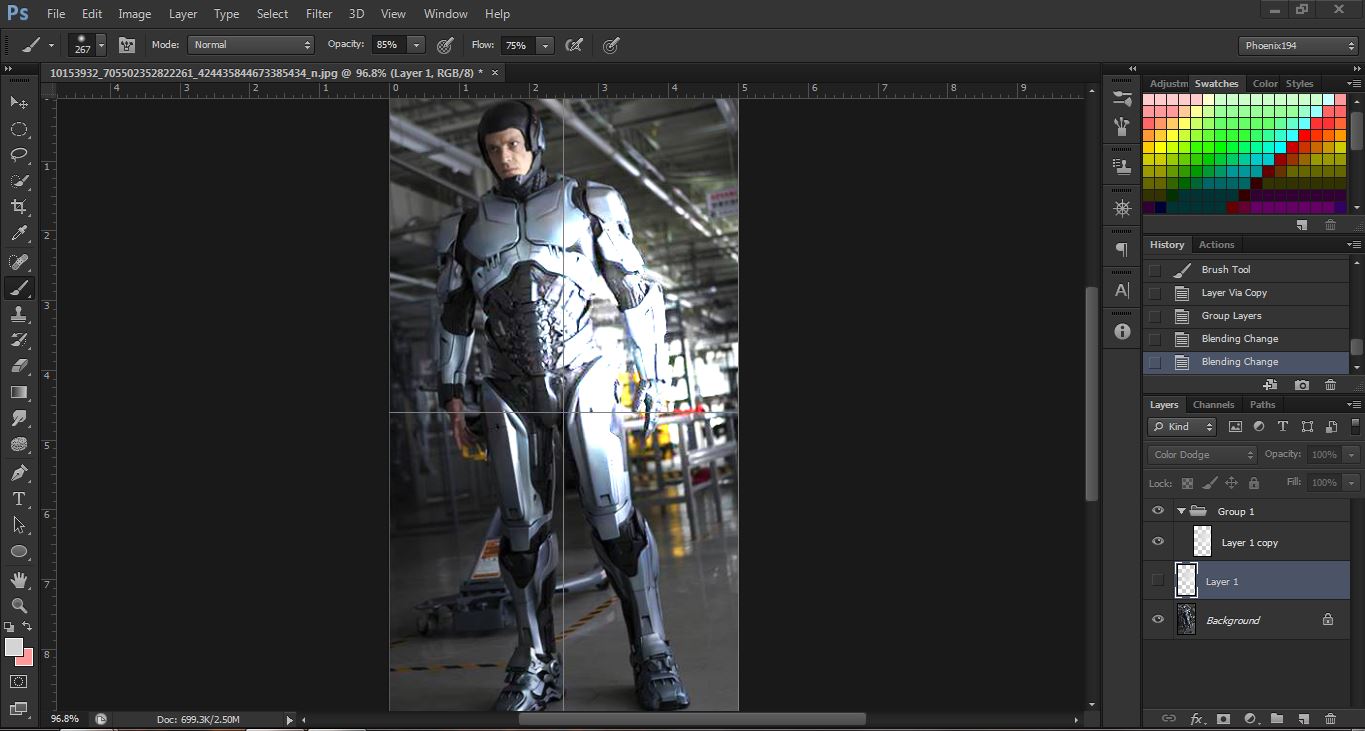 Groups/folders can effectively behave in two ways, they can be an organization method where each object inside is treated as the individual objects they are, or groups/folders can treat multiple objects as one single object... The group settings will override the objects inside it. This is very handy for lots of techniques, and works with styles as well as blend modes.

Let's use overlay as the example...

If you overlay a layer over the image while not grouped, you get an overlay effect.

If you duplicate the overlay, and group it, the group should default to passthrough effectively letting the layer inside overlay the image, giving you the identical effect. If you aren't seeing an overlay effect I would check the group/folder blend mode and make sure it's set to pass through and that nothing is applied to that group/folder.

If you set the group/folder blend mode to overlay, that should ignore the layer settings and overlay the group/folder, effectively giving you the same effect. This method treats items inside the folder as a single object... Samples below to illustrate. 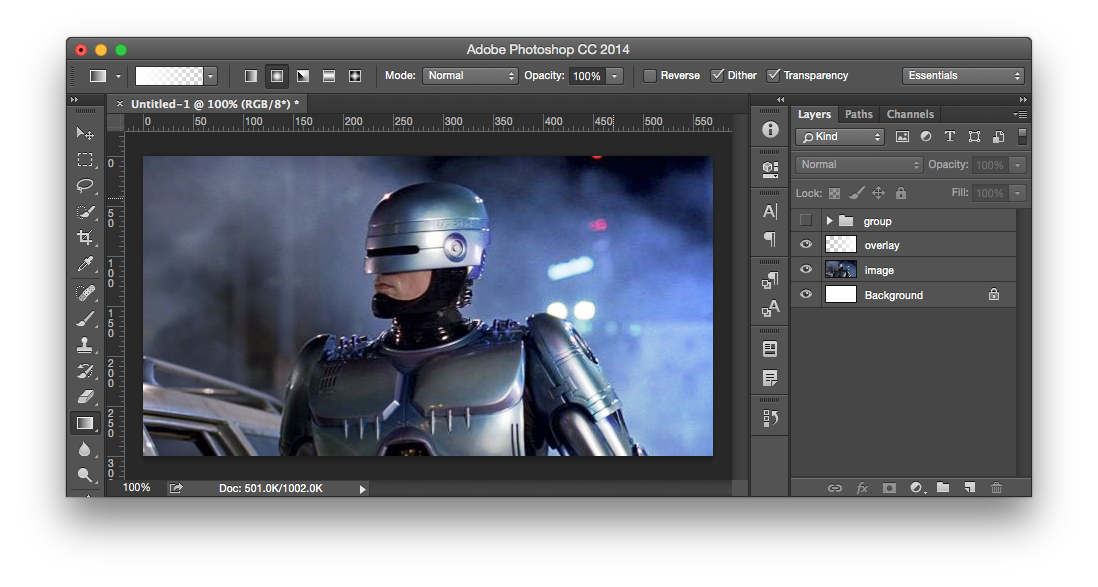 1 Overlay in group(group blend mode set to pass through), faded from right to left 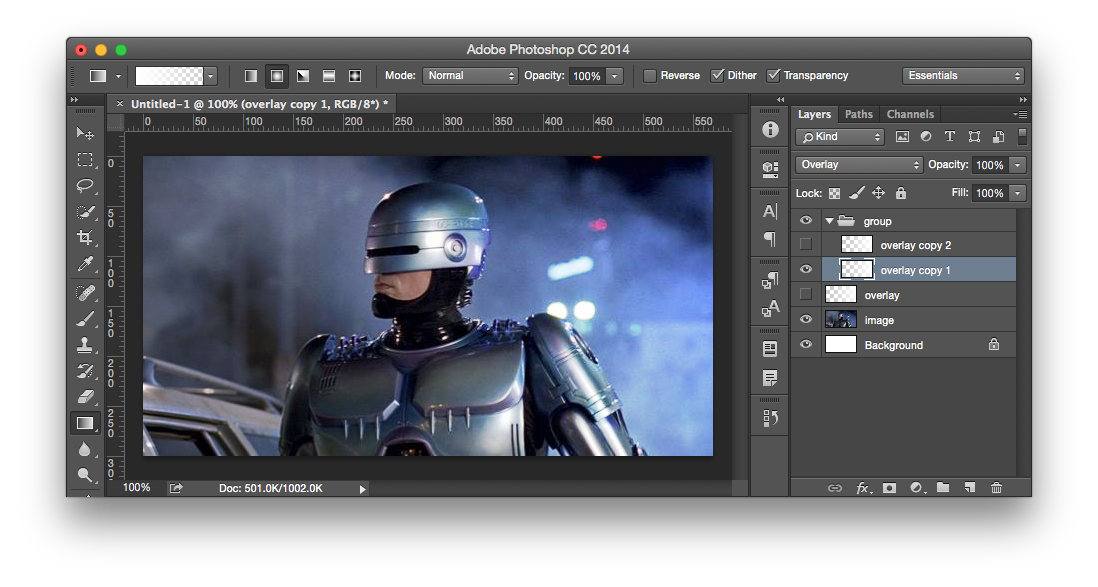 Both Overlays in group(group blend mode set to pass through), faded from right to left 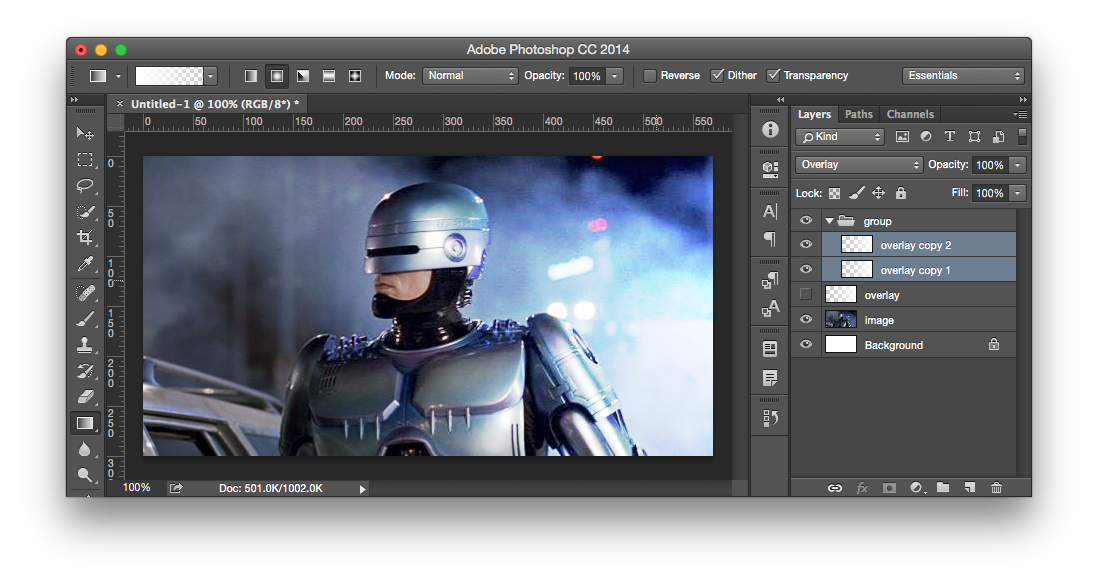 Now, without touching either layer in the group, set the group blend mode to Overlay, and watch what happens... Since both layers are identical it treats them as if there is only one because you are applying the blend at the group level and it thinks you want these items to be treated as a single object. 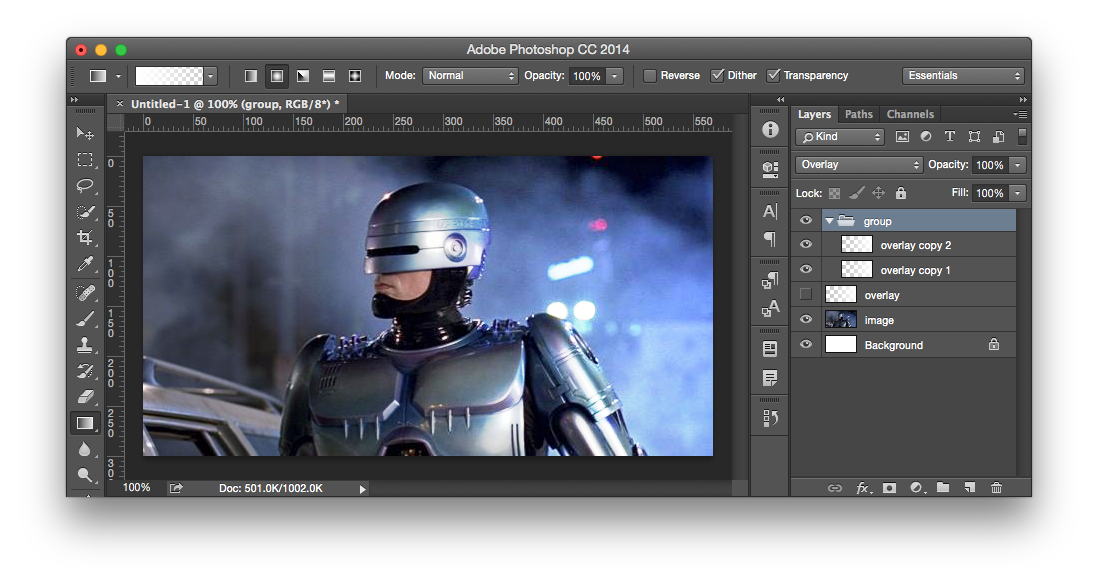 Hope this helps, it's a very handy once you understand the relationship and behavior, so you know what to expect ;).

Not the answer you're looking for? Browse other questions tagged adobe-photoshop layers photoshop-effects tools blend-modes or ask your own question.

4
Why do I get color banding when using Color Dodge and a dark colored gradient?
2
Why is the paint brush painting in a particular layer style?
4
Why empty adjustment layer with blend mode multiply darken images?
3
Why is color burn not affecting a white channel?
0
What CSS blend mode will add white color without affecting black?
0
Why does a layer in overlay mode not show over black or white areas?
0
Merge two layers with transparent BG in Photoshop
1
why the resulting color is darker than the base color? (adobe illustrator-darken blend mode)
7
How do I blend colors in photoshop?
0
Why does lowering saturation via blend mode produce different grays than lowering saturation via adjustment layer?