How can I create WORKING gears in Illustrator?

I cannot seem to get this right.. I want to create 2 gears that work together. 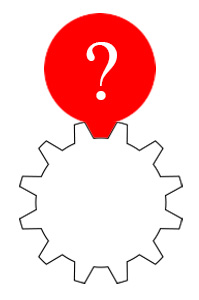 I can create gears, but I cannot seem to figure out the math needed to make them uniform, or where they work together.

There is a mathematical way to do this. I do not know the formula..

What I'm trying to accomplish.

Do the same thing, except half each value and the points.

I would think this would make a 2:1 gear ratio where both gears match exactly, but they don't... 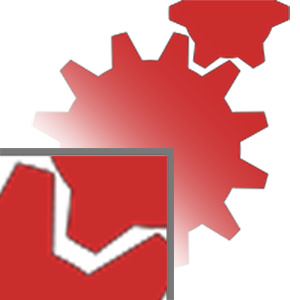 The same way one would create a real working gear. Here are tools which will create gears:

Alternately, you can draw them by hand --- you just need to use basic geometry to ensure that the diameter of each gear is an integral ratio.

I'm not a graphic designer or user of Illustrator, but I am a mechanical engineer. I won't bother going into the details of a properly engineered gear, but just how to get yours to "look right".

Your teeth do not have the same depth as each other because you are simply cutting all your dimensions in half. Instead, the bases and tips of the teeth need to be the same distance away from each other in both sizes of gear. The dimension that should be cut in half is the diameter of the "pitch circle".

The pitch circle is somewhere between the tips and bases of the gears. You can just put it halfway between for your purposes. (In properly designed gears for minimal noise and backlash, etc., there is a complicated formula to determine where to position the pitch circle and how to contour the teeth accordingly--see @joojaa's answer.)

This may be out of focus for GD.se but i will try to birefly explain this.

There are several kinds of gear functions. The most common being the involute of a circle and the cycloid. In principle you could generate a corresponding gear shape pair for nearly any shape but in practice involute has superior properties for misalignment. This is because the pair of a circle involute is a circle involute.

The most common gear shape.

Involute gears are by far most common. The involute shape is simply the sum of 2 vectors. Vector one is rotating along the base circle that the curve is the involute of. Vector 2 is perpendicular to this vector and is the length of how far has been traveled on the base circle.

Image 1: Formation of the involute shape.

This in mathematical parametric terms forms a function for x and y as for example as follows, you get the following parametric function:

Where t is the angle in radians and r is the radius (If you graph 0 to - Pi/2 you get the same image). Okay but this sin itself is not enough. As you need to calculate the shift and size for the mirror of this curve to get the teeth aligned. But this was a very short version of my introductory lecture on the subject. In any case pick a book on mechanical engineering for the really gritty details.

As it is now i think this over exceeds the purpose of this exchange. But before i part ways ill leave a hint on how to plot the curve in with adobe tools in form of a plotting routine for Photoshop and for illustrator. See:

UPDATE: the mathematics of the GEARS explained in this WIKI ARTICLE

Using PEN tool create the small shape as in the picture

Apply to circle as on the picture

Probably you will need to adjust the size, the angles, the stroke etc 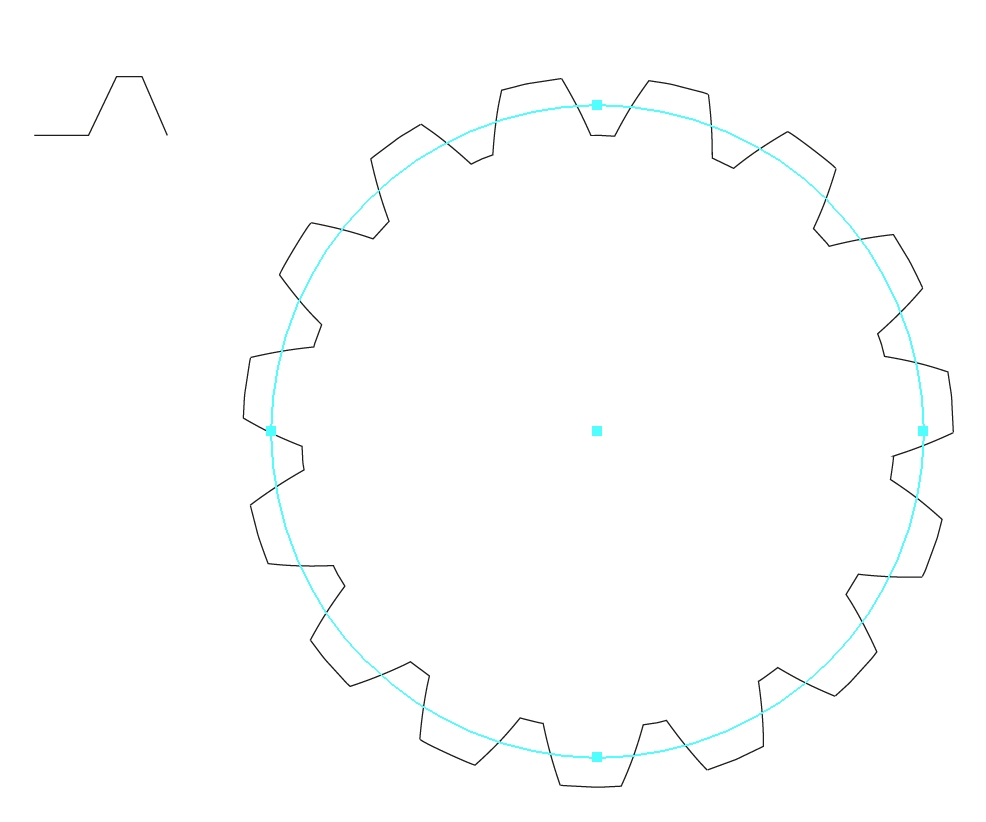