How to draw a woman in line art style in Illustrator?

I'm an AI newbie. I've been asked to make the word "TV" in line art with the T as a woman crossing arms. What's the best way to achieve this in Illustrator? I started creating it with the pencil/brush tool but it only gives one width, also I have to add stroke if I want the lines to be visible.

I want to draw like this: TV People Silhouettes

adobe-illustrator drawing line-art
Share
Improve this question
edited May 24 '14 at 23:36

The example you show, is simply from a Shutterstock vector file. 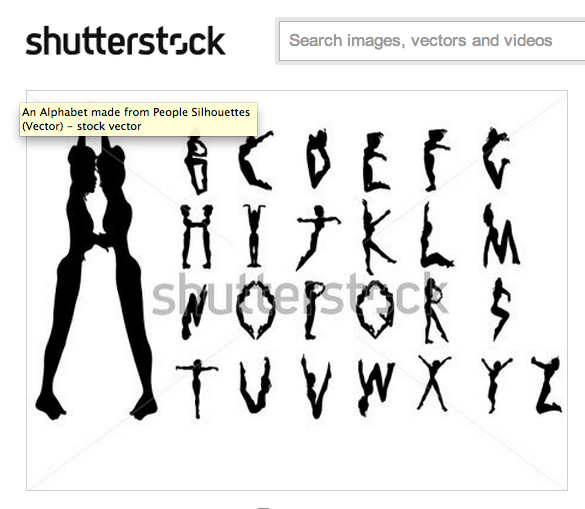 There are also fonts out there made of human shapes

If you still want to draw this yourself, you have a few options. These all require you to have a photo or other image of the shape you want:

You can find a how-to here: Convert a line drawing from raster to vector

To do this well requires a bit of practice, but it is the simplest solution. You can of course also draw it directly in Illustrator without using an image as a guide. The success of this is depends on how good you are at envisioning the shape you want.

Here are some more posts that might be helpful:

I have created silhouettes by drawing or photo of what I would like as a base. I then take it into illustrator and trace it with the pen tool and fill it. You can also image trace and edit anchors to your liking.

You could always purchase vectors but they may be hard to manipulate nor exculsive to your client.

Conceptually you're asking a similar question to this, and some of your answers will be there. Perhaps read it first, then come back to the more specific answer at the bottom of my tirade here...

Illustrator (and most design software) does not work how you'd imagine it would or could. This is because it's all old.

It is all based on long forsaken programming paradigms for onscreen drawing that were themselves based on even older hardware technologies of computing that predate Windows and were trying to solve problems that weren't yet solved any other way.

So you have to come to terms with how these programs "view" screen based illustration before you can see how to solve problems like this with their VERY limited drawing tools.

You could argue that the mouse was never intended to be used for onscreen drawing, as the same guy that invented it had already spent much time working with onscreen digitisers/pens and saw them having different roles.

He envisaged the mouse as a selection tool in conjunction with a contextual interface for the left hand that further empowered the mouse's operability and functionality. Mostly this was all to do with textual editing, list making, etc. What we now consider "Office" software was the intended purpose of this interface, most certainly not illustration as the interface for that had already been solved - a digital pen.

But computing took a trip through the dark ages the moment the mouse was adopted because it was seen as a "one thing does it all" device and we never got the promised pen computing interfaces so sorely needed for creativity because Microsoft managed to successfully "enterprise" the entire world around doing the utterly mundane with computers and that being their prime directive.

As a result all the use paradigms of drawing software are complete rubbish and relate neither to artists nor to the potential of pen based input that's finally more frequently accessible.

If you're not yet committed to Adobe's Illustrator, I'd suggest backing away from it. It's not great. It's not even good.

You'll get this same thing done far faster, with much less agony, on an iPad with one of the drawing programs there. Oddly, most all of them suffer from being Adobe Illustrator clones. But at least they make a little more sense with direct manipulation than a mouse does for this kind of thing.

In Illustrator you have to think in terms of outlines and shapes.

A shape is nothing more than a closed outline.

So for this you need to complete the closed outlines into shapes, and then fill them with Black to get the desired outcome.

However nothing about working with outlines for drawing is fun.

If you can get an iPad it'll be far more enjoyable to use that.

Not the answer you're looking for? Browse other questions tagged adobe-illustrator drawing line-art or ask your own question.