How do I easily repeat a face in a photograph (not face swapping)?

Here's a picture from the walking dead: 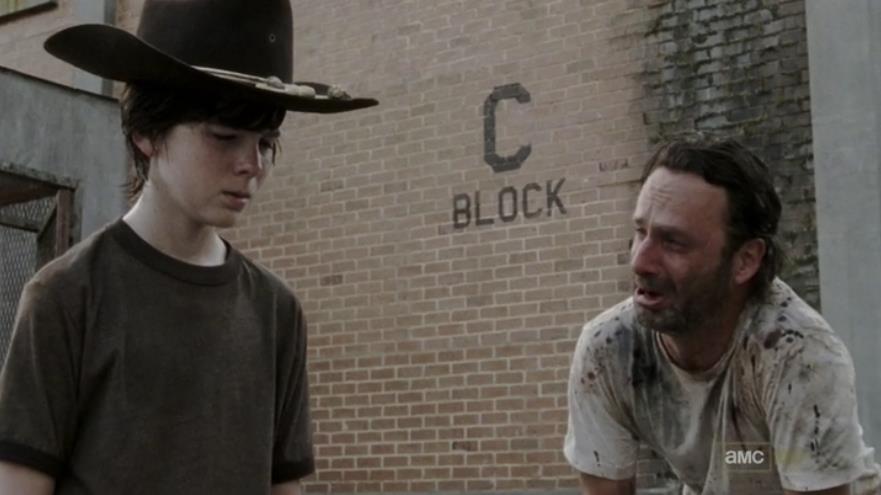 How do I easily repeat a face (in this case, Rick's from the Walking Dead) thousands of times in the pattern shown below? The path doesn't need to be exactly the same; it's just the general idea of a serpent-like path (if that even makes sense). 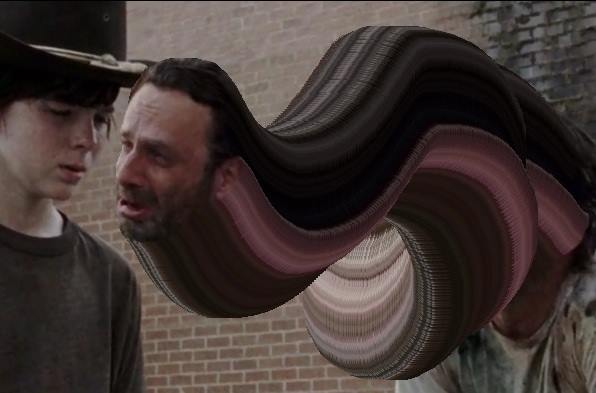 I've tried doing it manually. Besides being tedious, it's never as good as the given meme. I can't line the faces up that closely.

My goal is to learn how to do this manually in hopes of being able to write a script for it.

adobe-photoshop photo-editing
Share
Improve this question
asked May 30, 2014 at 5:07

Photoshop has no easy way to do this. Turning the image into a brush will make it black and white. Not what you want. Turning it into a pattern stamp will repeat it at fixed intervals into a tiling image, not so much with the "smeared"/repeated effect you're going for. Duplicating the object repeatedly is (in my opinion) tedious.

Essentially you're looking to duplicate the image along an arbitrary path.

It would be much easier to use a different piece of software that can do full color "brushes", such as Paint Shop Pro. In Paint Shop Pro, the feature is called Picture Tubes. It allows you to mask an arbitrary image and use that like a full color brush.

From the first tutorial:

...As you paint with the Picture Tube tool, Corel PaintShop Pro X4 paints one image from the picture tube after another. Many picture tubes create separate, discrete images, and others create the effect of a continuous image...

You will want to set the step parameter very small to get the effect you are after.

Adobe Illustrator apparently can also do a similar effect. But my suggestion is essentially "try a different program" if you want to repeat the image easily.

The best way to do it manually is to isolate the face on its own layer, select that layer, hold ctrl+shift+alt and use the arrow keys to move it around. This method automatically duplicates the layer for every press of the arrow keys and makes it pretty easy to accomplish the effect you're looking for.

You can do it in MS Paint ..
1 - choose the 'Free-Form Select' tool
2 - select the face
3 - hold shift and drag the selected area as you wish. Done!
I'm not sure about how to do it easily in photoshop .. but i suggest @TMobotron's solution

Doing specific face shapes is a little trickier. You'd have to isolate the face in its own layer and be careful where you place the brush before clicking and dragging. The edges will not repeat if you click down in transparent space.

8
Photoshop: How to save only the masked area of an edited photograph?
5
how to compensate 50% opacity white over photograph
2
How can I achieve the dark tones in this photograph?
1
How to put a face on a coin?
2
How to get rid of lens flare over face?
0
How to correct darkening damage to and old photograph?
2
Easiest way to selectively sample pixels in an image?