The help explains as follows -

However, I cannot achieve any compound shape using Option+click on Pathfinder panel (as opposite to applying pathfinder effects) - I dont see any changes in the appearance panel also (no any live effects I mean).

What do I miss?

Holding down the Option/Alt behavior changed at roughly CS4 (if I'm remembering versions correctly). I don't know if Adobe corrected or updated the help files accordingly (they often do not).

The difference is in how the Pathfinder operation is applied and whether or not results are expanded.

In Illustrator CS6, the default behavior of the Pathfinder Panel buttons is to apply the operation and then expand the results. This leaves the resulting base shapes only.

The image you posted is slightly confusing because all this only applies to the Shape modes and clearly, those three ellipses have not had any shape operations performed upon them because the result would be objects of a single color. 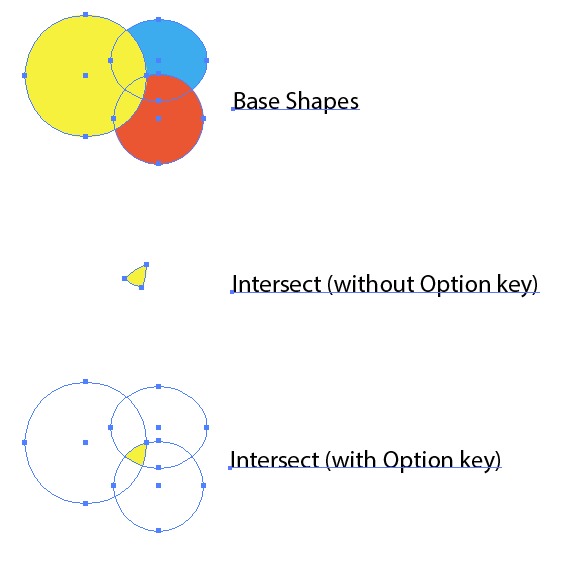 Note the Option/Alt key has no function when choosing a Pathfinder Effect from the menu. It only alters the Panel button behavior.