How to indicate the user where to tap without annoying him

I'm sure you all know "the Knife Game". You have to place your one hand on the desk and, using the other hand and a knife, tap the spaces between the fingers as quick as possible using a knife (or your finger in my digital version).

If also want to include a leaderboard in the game featuring the following data:

But I don't know how to create an icon for the number of taps. This is what I already tried:

That's what I came up with, but, as you can see, I'm not happy with any of these. If you need more detailed information about the game:

Sorry I don't have the time to do an in depth answer, but why don't you go with something like this? 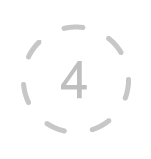 And change the number depending on the amount of taps needed

A knife sticking in the table would be ideal because as soon as there is one entry on the leaderboard your users will intuitively understand that the number underneath the icon must be the number of taps on the screen.

4
Where can I find assets and the terms of use for creating buttons/icons with various social network logos?
4
How do you indicate visually that a shower is for women?
1
How to Indicate "offline" in a "send message" icon?
0
How to resize icons from the noun project without losing quality
0
How do I let the user know a menu will appear on touch slide?
0
How to resize icons without losing quality?
5
How to indicate dark mode / light mode options on a user interface?
10
Where did the Mountain + Sun Image Iconography Originate?
4
How to illustrate user friendliness in an icon?