I am looking for a review for a logo that is going to be shipped with a project of mine.

I wanted to keep it simple and clean, with a high level of appeal so that no one will really dislike the design of it. 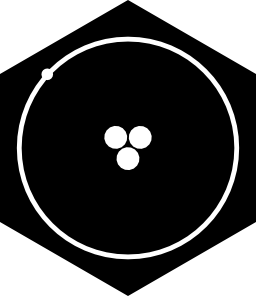 Another rendition based off of a suggestion from a friend: 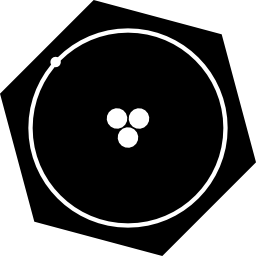 If it is important, the design was based off of a tritium atom, since the project name the logo will be paired with is "Tritium". Here is a picture of part of the website for the project (also a work in progress): 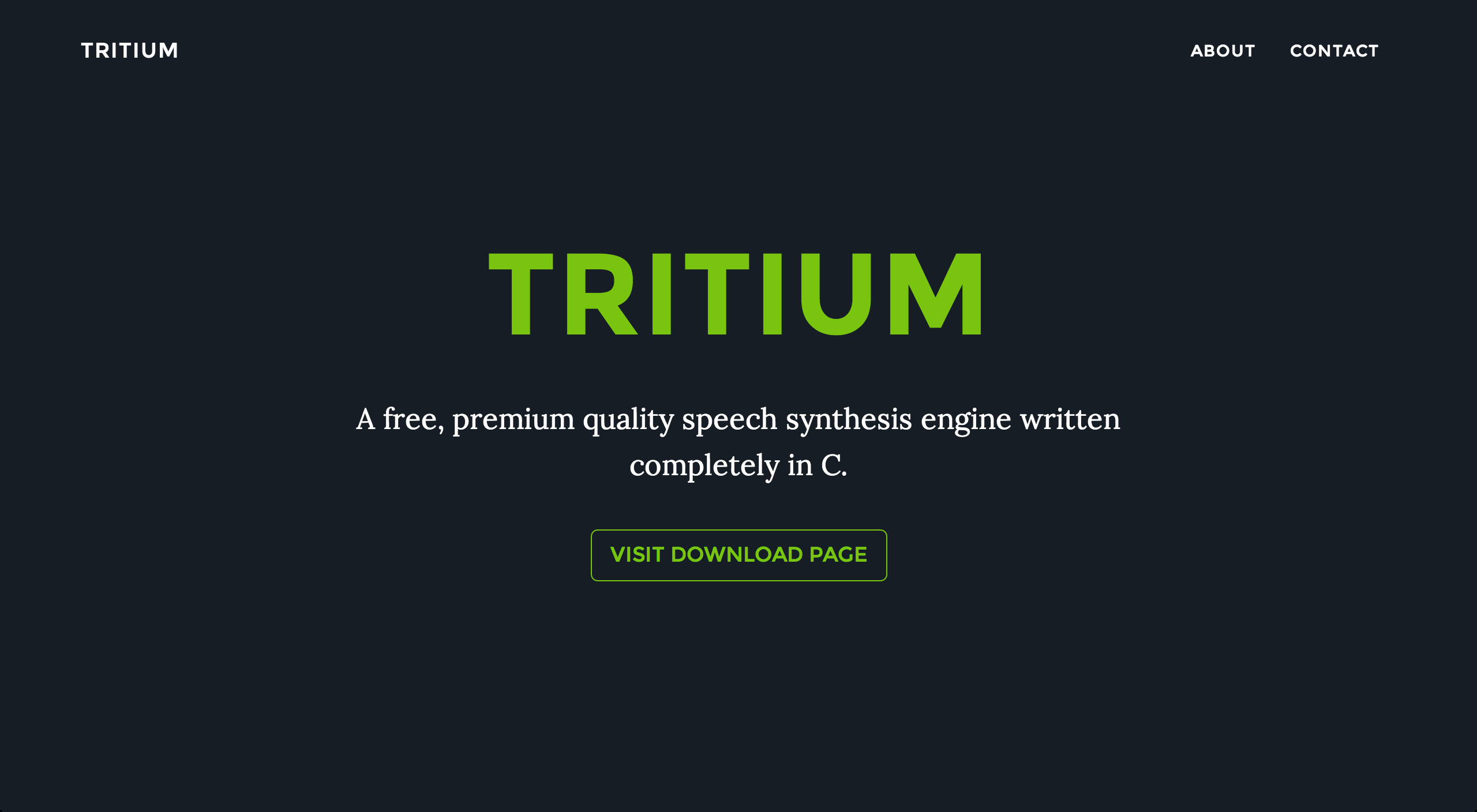 Also keep in mind that I am brand new to graphic design, so please be as harsh as necessary with this.

Thank you all for your feedback, unfortunately I could only accept one answer! Some of you had really good ideas/concepts, and I will try my best to implement them in my final website design.

It's interesting, but (I assume) It's really the three dots that is the tie into 'TRItium'. As such, I'd consider dumping both the circle and the hexagon. They seem superfluous to the concept.

They are nice, but (and this is just my opinion) in the world of software, those tend to give off a bit of a video game vibe--which may or may not be your objective.

So, to go back to focusing on the 'tri' I'd strip down and simplify. This example may have gone slightly too far, and you may want to incorporate a bit more into this, but I think it gets the idea across of 'keep it simple' 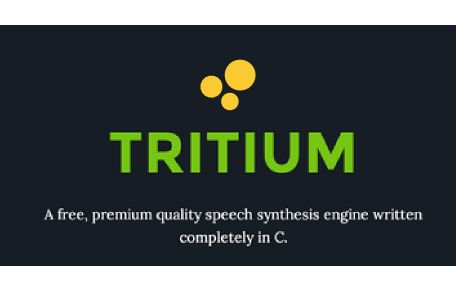 I also gave the dots different sizes to a) add some dynamism and b) try to prevent it looking like two eyes and a nose. :)

I suggest ditching the hexagon, as it adds no value. If anything, it's confusing. In chemistry, the first thought that comes to mind when I see a hexagon is "benzene ring". That's not what you wanted to draw, right?

The alternate version of the hexagon, with oddly aligned edges, is completely disconcerting to me.

Okay others have good points, I would like to add a new one. The logo is size challenged in that the details are a bit too small. This may be a problem if you need to:

I think the design of @DA01 addresses this issue but I like the idea of the atom so i would turn everything into 3D and let the size of the atomic orbit to be a bit smaller. 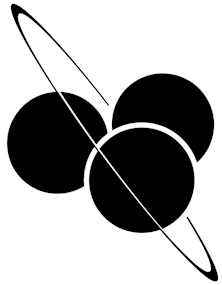 Image 1: Quick and dirty 3D concept sketch. Looking at it you should possibly be rotated differently. But hey its a sketch.

Some other ideas maybe the circle could be concentric waves like many sound icons... Alternatively you could go all negative and let the circle be your dark area, but after i tested this i couldn't make it work maybe somebody else can.

Image2: Edit, same concept different angle and weight. (If you were wondering yeah the image is a 3D vector I can freely manipulate rotations just the weights and colorings are manual since i haven't had the need to implement fills yet)

PS: the first sketch is available as vectors if you need it here:

http://imgh.us/logo_sketch.svgz (lets say it has a do what ever you want license)

I'm thinking keep it simple, and concentrate on the typography. Tritium is a radioactive isotope of hydrogen with 3 nucleons. So maybe use two of the nucleons for the 'i's' and one 'floater':

As Tritium is radioactive it decays, and so does the typography.

Loose quick sketch but you get the idea.

Logo should work at most sizes, with spacing adjustment for very small applications, and for a favicon just the 3 dots, closed up to each other…

Use the atom as a secondary asset only.

Your last sample, the website with the type alone, is great. The colors are interesting, the word and its shape as well. The straight lines work, especially if you try for example with the atom in the background -see image below-. I see it and sort of get more both the speech ('soft') and engine ('precise, hard') vibe.

Less is more. You don't need to reinforce the name, the three dots seems almost redundant with the Tri prefix. The word and the dots would fight for attention, and the three concept would be too reinforced. Which might led to me wondering about why three is so important and not actually reading what the project is about. 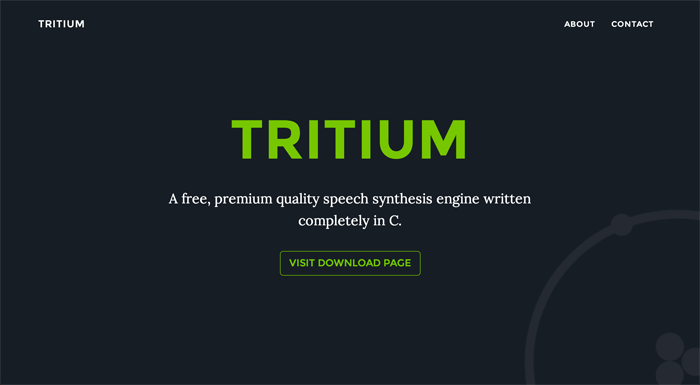 Not sure that the Hexagon in the BG is of much help and it might be just ruining the effort that u have put in.

How about removing the BG Hexagon and just the three circles that can now be increased in size and used in the center of the circle. That would look way better. I am just attaching an image that is more close to what I am saying and that way it can go better with the BG that u have too. 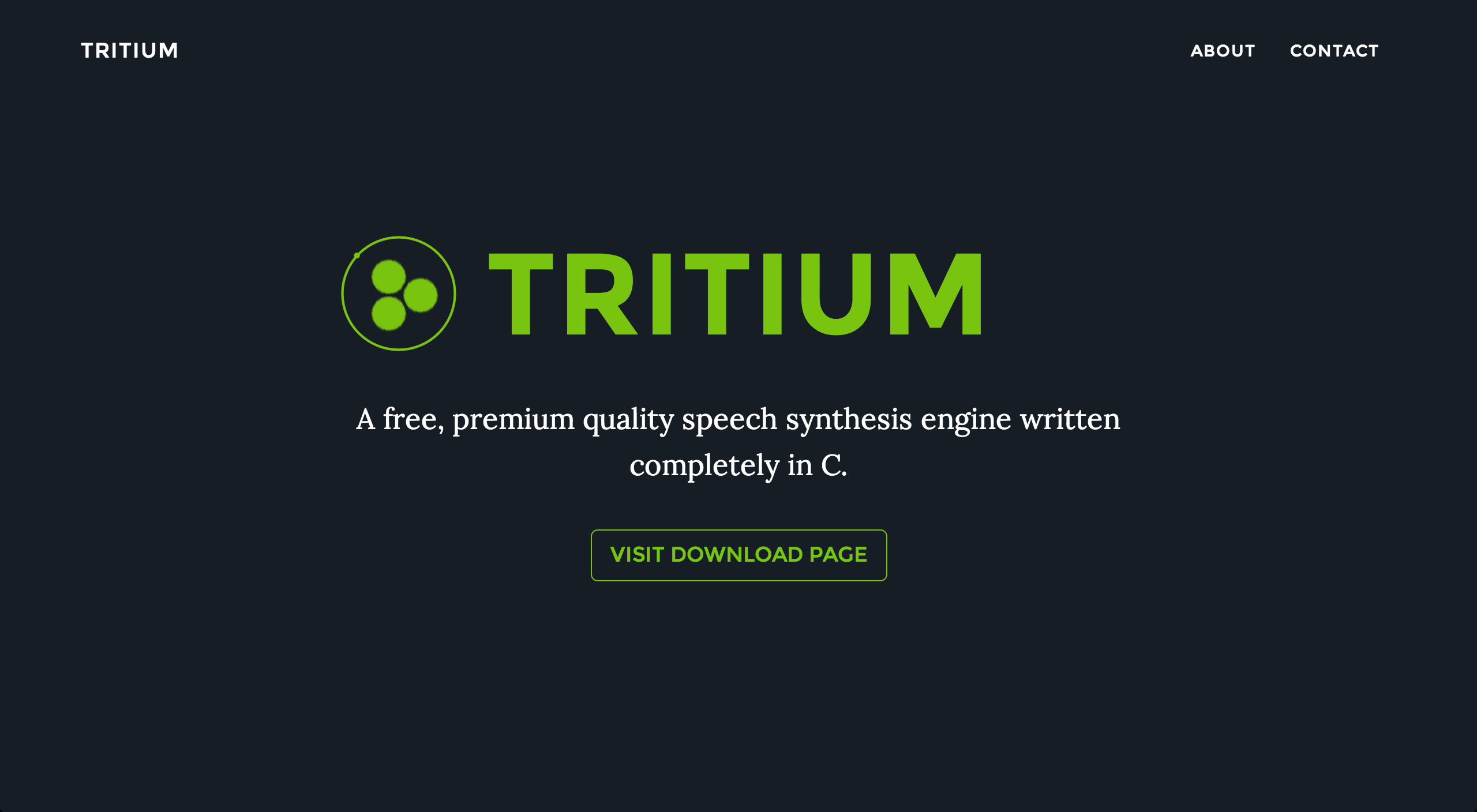 This way, the icon will look more cleaner and would also maintain the concept that u had... I have re-arranged the three circles in a way to form a Right Arrow, which tells more about taking the clients ahead and also achieving better profit.

I have a different take on the subject.

The logo should communicate something about the product, not the product's name (I am giggling at the thought of a Microsoft logo of an itty bitty pillow).

The product is a speech synthesis program.

I get that tritium is a chemistry based word and I like the sound of it, but speech synthesis has nothing to do with chemistry.People who need a speech synthesis program are more likley to be in communications rather than the hard sciences.

In my opinion you should ditch the hexagon, the atomic symbol, the "decaying" font or anything suggestive of physics or chemistry .

The best one proposed is Dad1's three unequal circles arranged so they do not suggest a face.

The word «TRITIUM» is so cool. No need for an aditional Graphicmark. Focus on superprecise typography instead (like in the website mockup).

I agree with 200_success about ditching the hexagon because it adds no value...and am also unsure how Tritium relates to a speech-synthesis engine as Scott points out.

However, I like the atom graphic (which I think is clean & simple but interesting, particularly with the bit of incongruity that the electron adds); and I will assume for the moment that you can clarify the Tritium connection (which your site will certainly need to do).

With this then, the primary thing I would address is Scott's other point – conveying the "goal, function, or theory behind the software".

Replacing the hexagon with a comic bubble comes to mind as a way to possibly do this. My first reaction was imagining the atom in a comic bubble emanating from a small set of (Matrix-like) bits in the lower left corner, the comic bubble having a drop shadow to give it a bit of perspective, and the atom being in Serif quotes.

Maybe a small set of bits in a gear in a small head as simple & clean as the atom would work without getting too busy.

As it plays out in my mind, all this could come together in a reworked logo that graphically says "Tritium Speech-Synthesis Engine". There may be too many ideas here to entirely find their way into a graphic that remains clean & simple; but these are the ideas that come to my mind to (better) convey "the goal, function, or theory behind the software".

Keep it simple, don't try to incorporate all the concepts that come to your mind in one logo. Focus on one idea. The less elements, the better (as a bonus your logo will be more easily recognizable and better reproduced at smaller sizes) .

Also I don't think trying to please everyone will work; do what is the best for the logo design, you can't win everybody's hearts with a logo (I'm pretty sure a lot of people hate a lot of good logos).

I see it as a cube. I don't have photoshop with me but add a drop shadow then trim to give the effect that it's a black cube with the atom inside. Cube = building block; has to do with your app.

Not the answer you're looking for? Browse other questions tagged logo critique identity or ask your own question.