I have made a simple tab UI with 3 possible buttons, left, center and right. The first thing I wanted to do was to simply make one big tab (which includes the left and right and center parts in itself), and copy it 3 times and add a mask to each of them, so only the desired part of the tab will be shown....than I renamed the layers to something like tab_left.png so Photoshop would generate the png file for me automatically....BUT the file generated wasn't the same as the one in photoshop.

each image had a effect, so placing the mask will make the effect change it's position, so I marked Layer Mask Hides Effects option in the effects menu, but the generated image was generated as if this option was not selected....how can I make this work? Or is it a bug in photoshop?

I am now using slices, but I really don't like slices, specially because it isn't as practical as the generate option, and to make the images with transparency things get a lot more complicated.....any good advices?

In order to get this to work, I made 5 images: left, center, right, focused and clicked. If I have a bar and copy it 2x times and add a mask to make the left button it becomes like this:

Which won't work for my purpose since as I add buttons to it's right there will be always a border, so to get it borderless I have to add the Layer Mask Hides Effects option to get this: 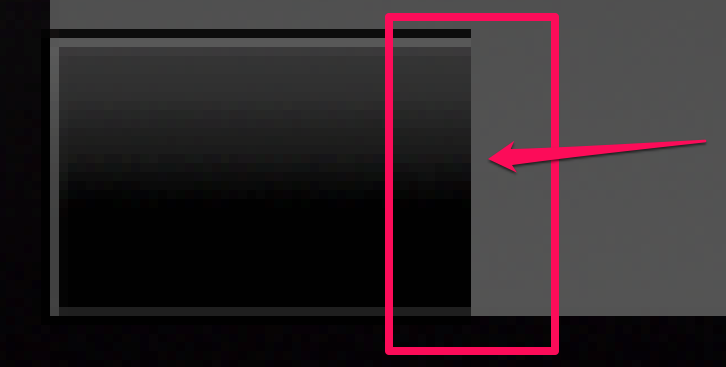 Same goes for the center and right buttons:

Just to be clear, there will be a leftbutton, many center buttons and a final right button. 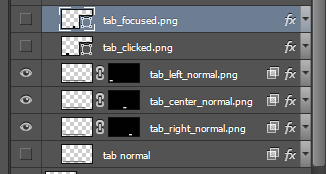 From top to bottom: 2 shapes to be the focused and clicked buttons, 3 layers that have the same image, but every single one with it's own mask, and the bottom layer is the image of the complete bar, just for reference.

When I make photoshop generate (File> Generate> Image Assets) this is what I get:

They are basically all the same, as if the Layer Mask Hides Effects option wasn't selected at all.... you can see the borders there in every single image, where they should not.

I like the Generate option because the images will be easily generated with their transparencies, where the other option is to copy it to another file with a transparent background and save it in there...which takes lots of time for many images and it's prone to error, and slices aren't the best thing also, since it won't give me the transparencies, unless I change many other objects visibilities...for websites slices might do ok, but this will be for a App, so individual transparencies are most welcome.

So I ask it again: What am I doing wrong and what's the correct way of doing it?

I submitted the files to Adobe and they confirmed it's a bug, once there is any fix for this I will place it in here.

[Updated based on updated question]

In a quick test on Ps CC and Ps CC 2014 (x64, Windows 7 and 8.1), Generate is working as expected including the changes introduced by turning "Layer Mask Hides Effects" on and off. The PNGs correctly reproduce the three layer appearances.

From a production viewpoint, though, I think by trying to make things simpler you've making things overly complicated. Since you're creating assets for an app, these items are position-independent other than the fact that they're in a mockup. It would actually be more straightforward to simply create your right, left and intermediate buttons as standalone layers.

Selectively removing parts of an effect can be done in a number of ways besides "Layer Mask Hides Effects," which is a fairly all-or-nothing proposition that doesn't give you a lot of control. I'd suggest either of these as more flexible alternatives:

I can't tell from your screenshots exactly what effects you're applying or why you would be having a problem with the generated PNGs. As I said, I see effects hidden or not in the output, depending on whether "Layer Mask Hides Effects" is checked. In troubleshooting strange anomalies, resetting your Photoshop preferences is one of the first lines of attack. You might give that a try.

If you set effects to layers and then mask it, effects applies to masked area. 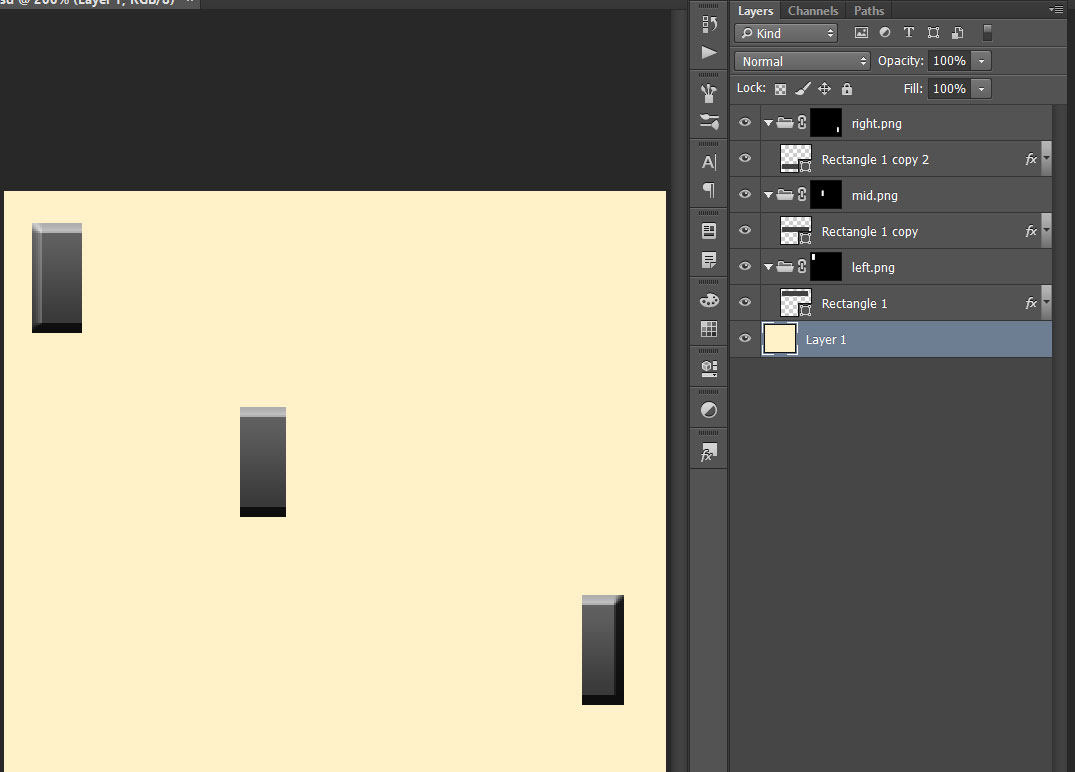 Not the answer you're looking for? Browse other questions tagged adobe-photoshop photoshop-effects png mask or ask your own question.

3
How to apply adjustment layer to layer with effects
4
How do I replicate these two effects in Photoshop?
2
How to mask a layer with shapes in photoshop?
0
Using Generate Image Assets to get repeating background from a shape with Photoshop CC
5
How do I prevent a clipping mask from hiding layer effects?
0
Automate Adding Individual Reveal All Mask to Many Layers in Photoshop?
2
In Photoshop CC how can I start editing on top of a layer mask