What is this name of this serif font used in late-70s / 80s advertising?

This is a typeface I recognize from late-70s / 80s advertising and would love to get my hands on it. 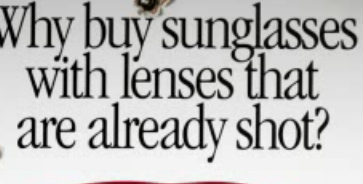 Adobe Garamond Pro, with the tracking reduced to -25 and the horizontal scale set to about 80%

Ceefin is correct that it's definitely Garamond.

To get a bit nit-picky, however, it's not likely Adobe Garamond--if the ad in question is late 70s/early 80s--as Adobe didn't exist until 1982, and Adobe Garamond wasn't released until much much later.

As for Garamonds that were in use then, ITC Garamond is a good bet, being released in 1975:

Note that this is the condensed version, and has a higher x-height than Adobe's.

As an aside, the use of Garamond was quite popular during this time in print ads. Some companies commissioned their own versions, including Apple who used Apple Garamond.

Other trivia: while there are several versions of Garamond, the Adobe and ITC versions come from slightly different branches. Adobe's more closely matches the original design by Claude Garamond from the 1500s. ITC's version is more related to the version done by Jean Jannon in the 1600s. ITC's face was also pitched as a display face, hence it's usage for display type in ads at the time. Wikipedia has quite a bit of details on this.