How to create an artistically posterized monotone portrait?

Can anyone please tell me what this greyscale vector style is called and how can I achieve it? 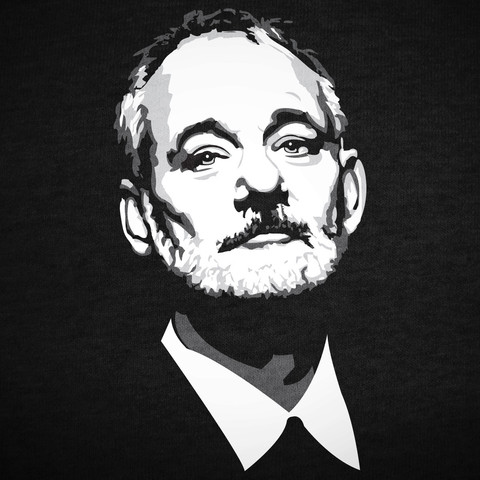 I was informed I should put my image in Photoshop and adjust the levels and run the cutout filter before live tracing in AI. I cant get this to turn out right though. 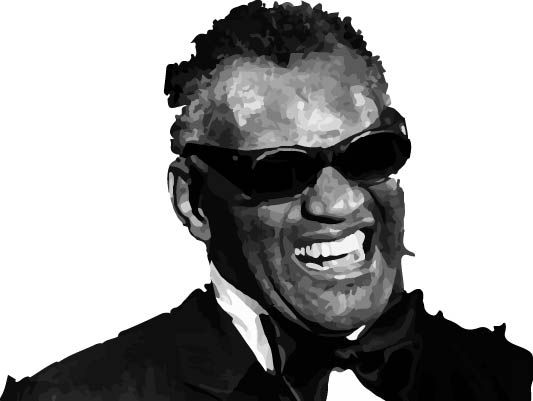 The image above is a super bad 5 minute live trace after some PS tweaking to try and show you what I mean, it makes a bunch of smaller blobs of grayscale versus bigger blobs.

How can I apply a high contrast artistic effect to a monotone image, where highlights and shadows are exaggerated, and there are few shades of grey?

I found a quickish method!

You had almost all of the workflow, and the 'cutout' part that you had, is what I was missing when trying at first.

Starting with this image, because I couldn't find the one you're using: 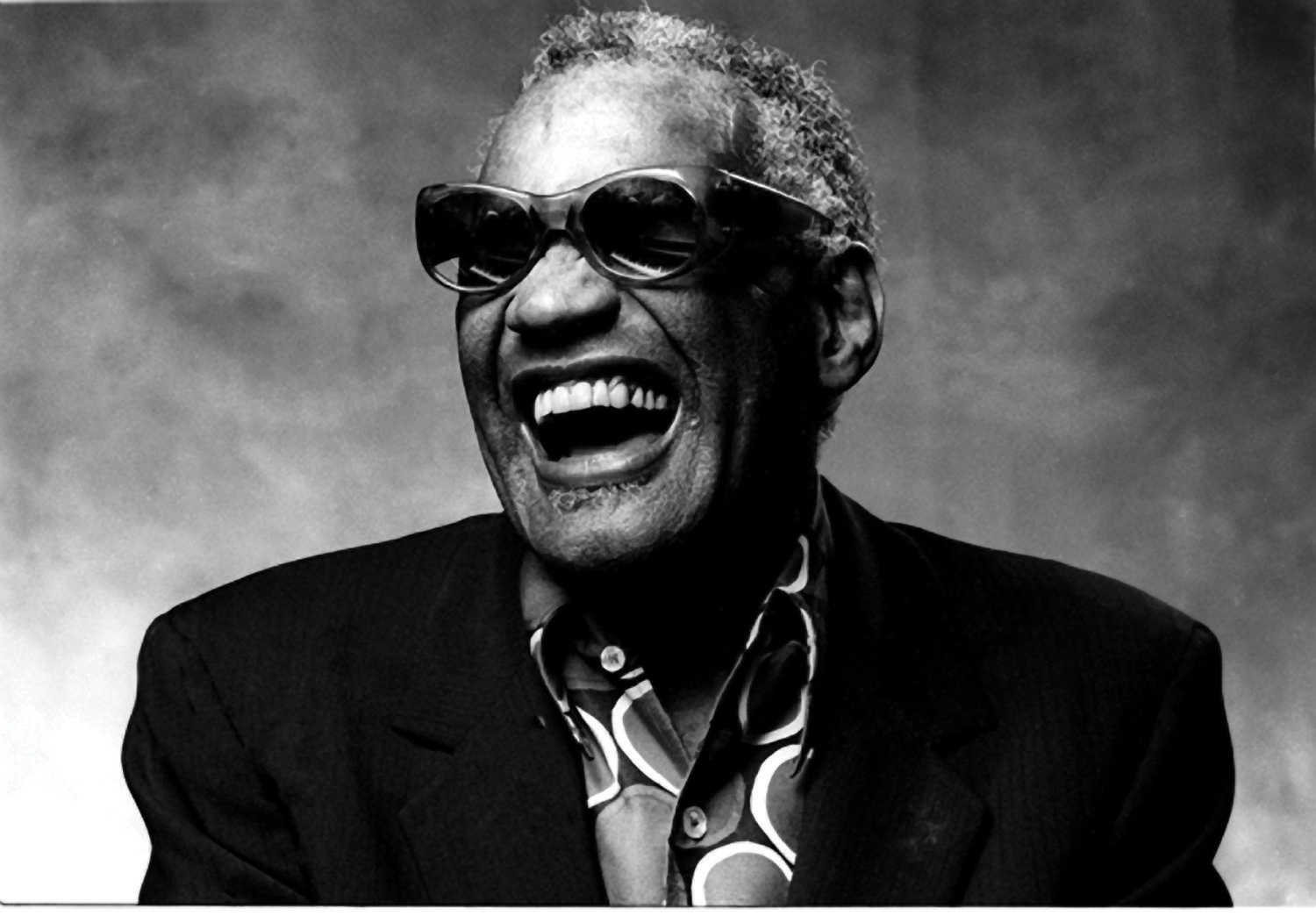 The longest part for me was masking out the background. You may also need to add a Black & White adjustment layer after step 2 if you're using a colour image, but want monotone. Here's the workflow I used, though there may be a few 'unnecessary' steps: 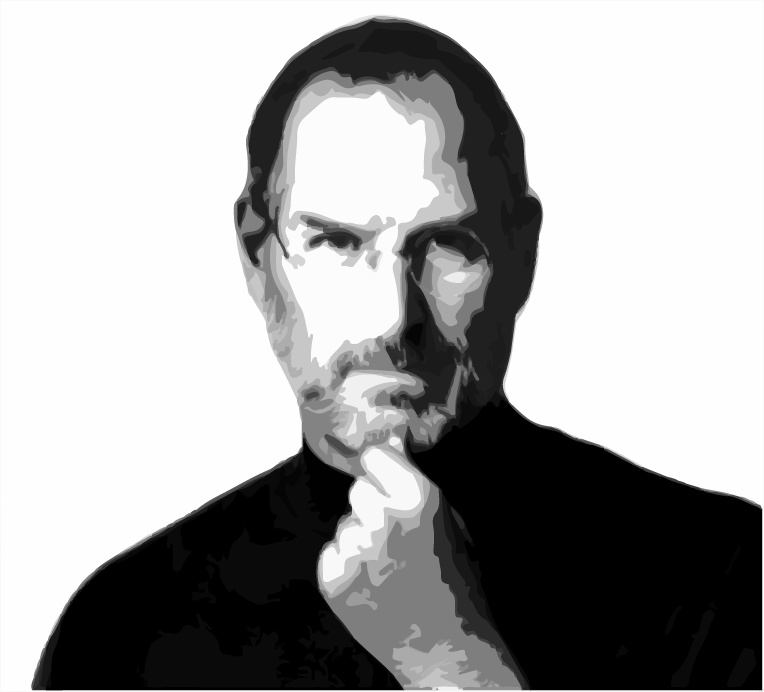 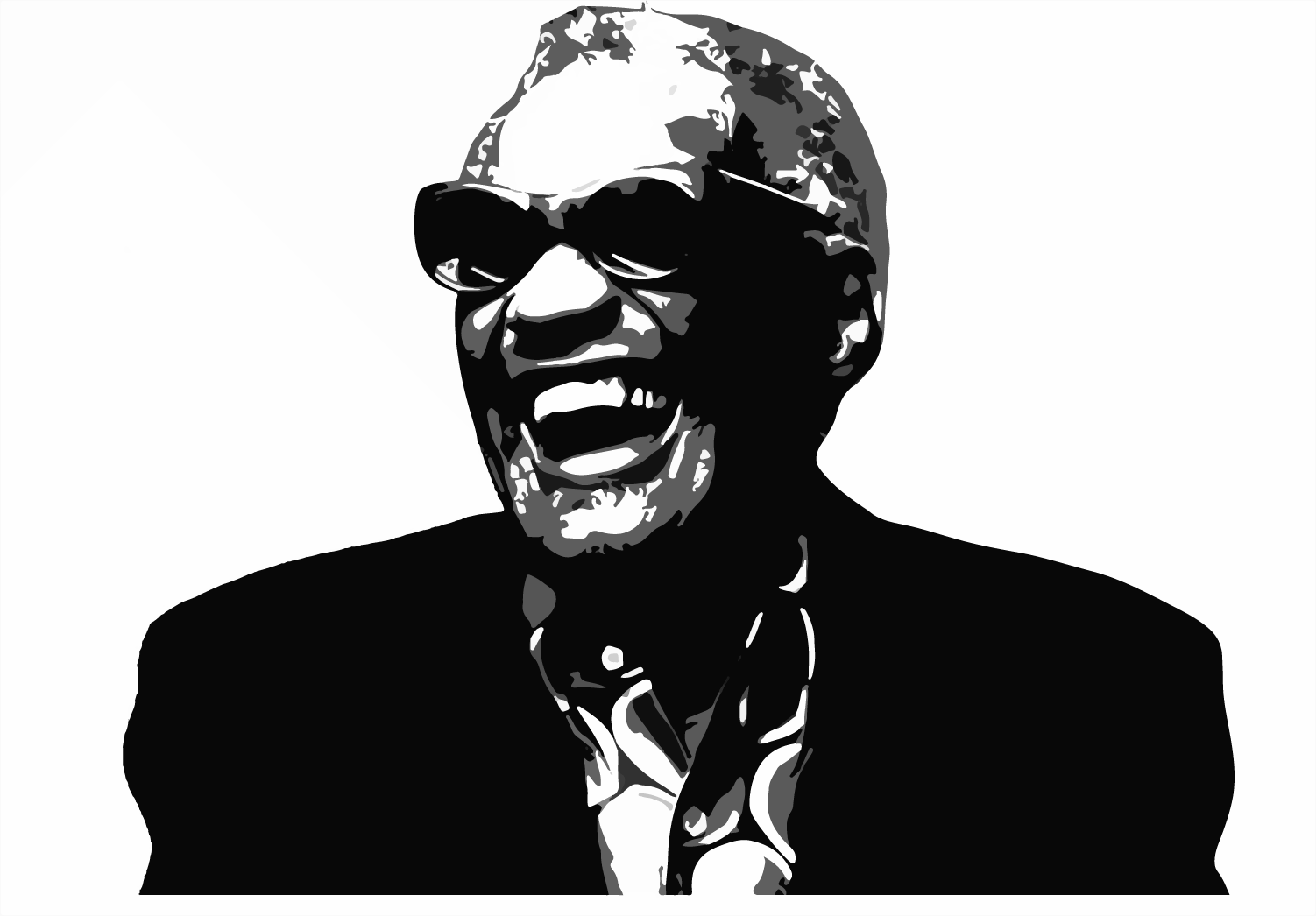 Also tried and tested on a famous image of Steve Jobs. It required 3 layers, and different opacity levels, and I found it better to run the image through PS and up the contrast after Live Tracing, the rest of the workflow was almost identical.

You might be able to achieve this using filters, but I would actually consider redrawing the photo entirely using Illustrator a similar vector tool.

You can do this using the Pen Tool. To make things easier, start by pasting the photo you want to convert, and maybe turning it into B&W and increasing the contrast. That will give you a nice base to work on top of. Then simply (easier said than done, I know) draw the different shades (areas) with the pen, one per layer so you can easily edit them.

You can later apply some texture on top of the vector drawing to avhieve the effect you see on the picture.

It's called posterization (as it was a technique to allow for making posters easier via screen printing, block printing, or lithography).

The most common ways to achieve it:

The first image looks like a direct Live Trace in Illustrator. In order to get better results you can boost the contrast of the image before live tracing it and after that as well. This is how the results look like: 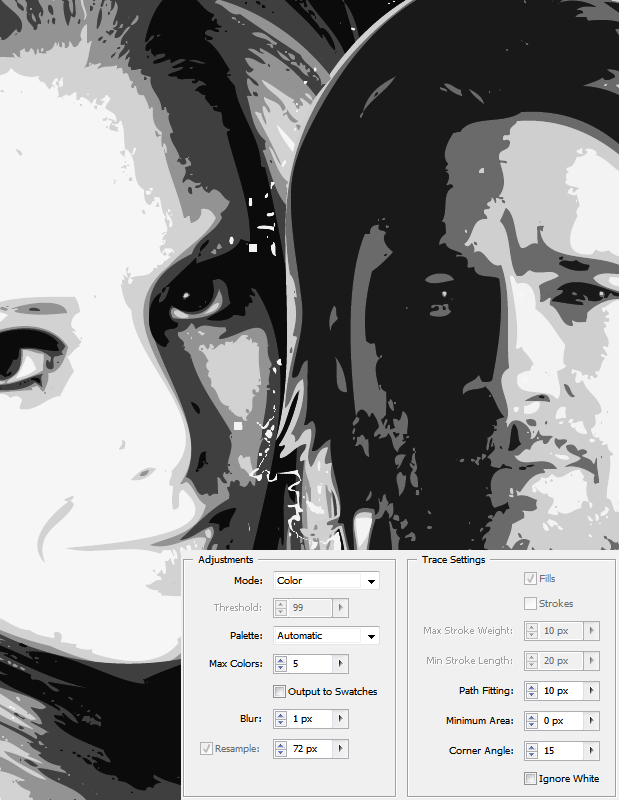 It's a good idea to clean some important curves and lines, so that they don't look so random.

1
How to create an art asset that can be dynamically colored in software?
2
Converting a Portrait Profile Image to Square
1
How to create Radial flower effect like this?
8
What preparations can be done to a photo to make it a little easier to then illustrate?
1
How to blend in a portrait with lots of loose hair on a dark background?
0
Detailed Monotone
0
How to create the blur like in this low quality photo?
3
Deconstructing this posterized, photocopy-style effect?
7
How can I create a "crazy mirror" distorted portrait in Photoshop?