When designing, what techniques can be used for determining if the right amount of “fluff” has been added?

In design, this is often viewed as unnecessary ornamentation. In web design, where load times are important, there is a move almost entirely away from this. However, when working on print design or even video, what techniques can help determine if there's too much fluff, too little fluff, or just the right amount?

Let's see some examples with varying level of fluffiness: 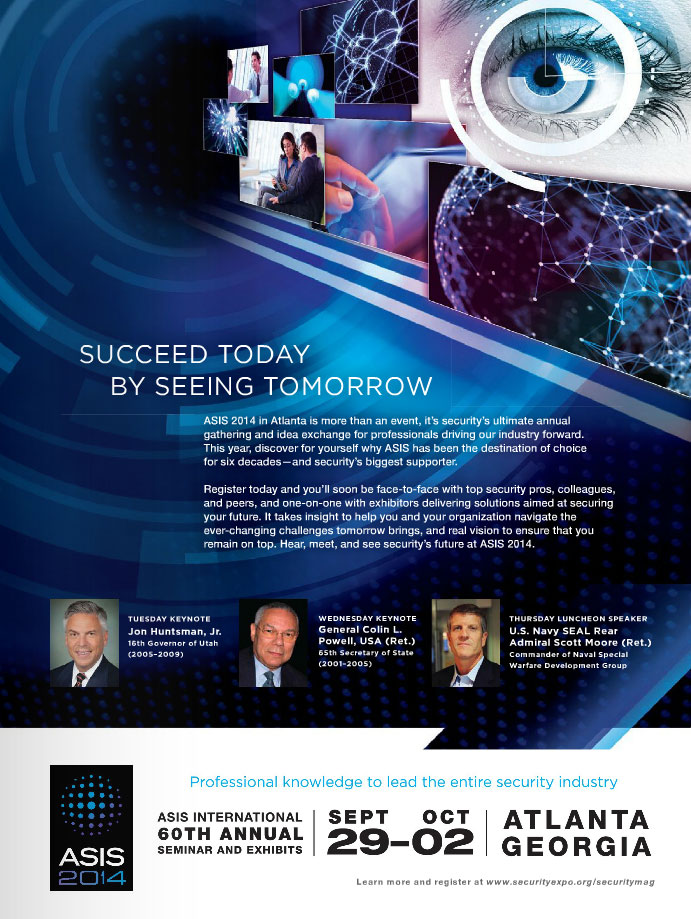 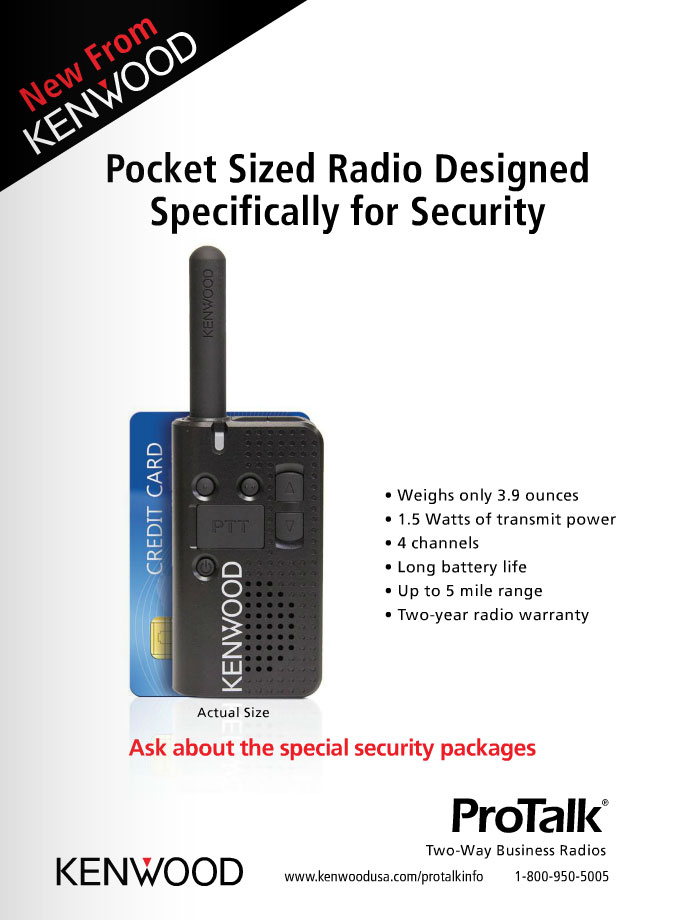 Or in Video you can see:

Daily Show Interview, when look closely there's a lot going on. The stripe at the bottom showing Daily Show with the white swirls, red blur and some sort of text on the bottom. The top doesn't just say Paramount or even Paramount on red it also has some white shape which is very subtly moving.

Today Show with Matt Lauer, has some random geometric shape with animation and lighting effects.

How to Install a Vinyl Sticker from VinylDecalStore, is simpler yet with basically text on a background to make it more visible.

With too little fluff it can at times, like in that VinylDecalStore video, appear like an amateur designed the ad. When is there enough and when is there too much?

In design, this is often viewed as unnecessary ornamentation.

Additional elements should only be added with a purpose. To draw the viewers attention, to make them feel a certain way, to create a composition that makes the information more easily readable, etc. and should never be an end in itself.

First off: I can only speak for print and general cases, for I have zilch experience with video. Bear with me.

I don't think there's hard and fast rules to determine the 'right' amount of fluff. Left-brainers will hate me, but I guess it's one of those things that just has to 'feel' right without being quantifiable.

Moreover, there's other factors at work, most importantly the quality of the fluff. Although I agree that the ASIS example you give is over-designed, it's not overly busy in my eyes. Most of it serves the purpose of selling me that this is a convention with lots of different hi-tech subjects. Lots of fluff, but it's well-designed and thus does not strike me as 'wrong' or 'ugly'.

Too little fluff doesn't necessarily mean that things look amateur--it can just be minimalist. In the VinlyDecalStore example you give, it's the low quality of the fluff (too large and centered typography) that make it look amateur, rather than the amount of it. Same goes for the Kenwood ad. The style is rather minimalist, yet I feels somewhat amateur to me mainly because of the typography and rather simplistic composition. Changing a few thing, maybe making them fluffier, would help this ad in my opinion.

To get back to your question: KMSTR's 'if it doesn't have a function, take it away' is a very good rule of thumb. The other tool is your designer gut.

Be warned that lots of things may actually serve a function even if they look like fluff. Functions like 'guide the eye', 'catch interest', 'titillate', or similar are still functions, and elements fulfilling them have a right to stay.

I'd like to add a Historical answer to this question.

In the early days fluff was a solution for a problem. For example in architecture the plastering was invented in order to hide cracks in walls. This became an artform itself and when the technique was good enough and plastering was no longer necessary, plastering became fluff.

During industrialisation and mass-production ornaments became fluff because they were added artificialy an not necessary for the product.

The most extreme position against fluff came on the pamphlet «Ornament und Verbrechen» by Adolf Loos in 1908 (Ornament and Crime).

I can't find the English translation right now, but the basic statement is this:

When the craftsman behind a product is missing, the ornaments are a crime because they fake the hand-made origin which is not there in an industrial product. Therefore the product behaves like a thing from the past, and that is a crime.

For example look at all those retro Graphic-Designs (very widespread in fanart).

Back to your examples.

The key to "fluff" is as others have said, not to have any. Things should serve a purpose. But the question asks for ways to determine this, and none of the answers have really addressed this.

There are a number of methods to do this but the main one you'll use as a designer is the brief, and your own take on that brief.

A lot of people are saying, remove all fluff or remove anything without a point. This is a really bad way to approach design. Form follows function as user56845 mentions in comment is correct.

Again, approach it from the brief. Let's take the ASIS advertisement:

Once you look at it this way, the fluff can quickly be analyzed --- is each point met?

Logo of a sphere and made up of smaller spheres === The brand identity is thus reinforced on the bottom right and the top left. The choice of blue and purple overtones is also used throughout along with a complimentary sans-serif font.

Show is about progress in the security sector === The overall layout can be seen as a camera. The circles on top left is the lens with the rounded rectangles becoming the aperture and focus and whatnot. The rectangular squares can also be seen as video surveillance monitors. The use of perspective helps reinforce the idea of progress and forward-thinking.

The technology on displayed === This began with the previous piece and continues with the small photos each showing a key feature. Laid out to lead your eye forward to again show progress and forward-thinking. The progress is then finalized to really drive the point with the two white boxes beneath the photos.

Additionally, as Scott mentioned in comments the general layout helps to create a circle to keep the reader's eye on the advertisement longer. A good designer, especially on a full page ad, will definitely consider things like this.

That you shouldn't look at it as "remove the fluff" or "remove the excess" or "subtract the eyesore." You should look at it as a set of ideas and points. Go through each one and ask yourself, is this point clear? If not then how can I visually represent it?

Like KMSTR said, is it important? No? Then remove it. The way to know this, in my opinion, is through your brief. Vague terms like "conservative" really aren't very good justifications.

On the other hand the Kenwood Ad, it looks a bit amateurish because it probably didn't have a strong brief. It shows small and I guess the idea was leave the rest empty to emphasize how small it is. But there's really nothing that helps visually say "security" or "Kenwood" or "5 mile range" or anything else really. They probably could've done more with their ad to keep the eye's attention without sacrificing legibility. You have to look pretty close, and really think about it to realize just how small it is and how small a credit card is.

By "fluff" do you mean "stuff nobody cares about looking at"? If so, the right amount is zero.

"Colin Powell will be in Atlanta and you might get to talk to him." - Vs - "Look at Gigantic Eye with circles." How much does Gigantic Eye charge to give a keynote? Is she pulling in Hillary Clinton money?

Anything in your advertisement that has no point you should take out. But the point is for people who matter to see your ad. They put girls in bikinis in beer ads. It's not fluff because it's what the people that are buying beer want to look at.

I'm going to answer more based on experience here, in saying that fluff is not always a bad thing. As Scott said in his comment, any good fluff will be there to be serving a purpose, and thus be no fluff at all.

But mostly, even the pseudo-minimalist designs, such as the Kenwood ad, do have fluff (notice the reflection on the base of the radio). But that serves the purpose in that you get a sense that there is a surface, on which the credit-card and the radio are kept to be compared.

There has been no actual formula, or measure, which has dawned upon me on or come across my eyes, which can help me decide what is too much.

The approach I take in these scenarios is mostly just heuristics. First, gather all the necessary info you need in your design. Once you are done, design multiple prototypes from scratch, each a different design, each having it's own fluff. At the end, compare those, some will be garish, some will sparse, some will come out just right. You'll also get to evaluate what kind of fluff works and what doesn't.

If I'm out of time, what I do is design the most embellished thing I can think of (esp. if the client is sitting next to me and meddling), and then once I'm done, I take a step back, let the grossness of it sink into the client's eyes (hopefully :P) and then I say that I'll do some adjustments to make it even better. Then start removing the things which seem out-of-place, or not sitting well with the subject, or obstructing readability, etc. I Keep subtracting or nudging till I feel that there is nothing more I can do (in the limited time I have). And that's that. If the client is still unhappy, I nudge an object 1px up, and then 1px down, say I've done the necessary adjustments, and surprisingly all of them have felt satisfied. Maybe it's just the illusion of control they think they have which makes them happy... but I digress...

So, to determine what is the right amount of fluff:

For minimalist designs, just keep in mind that don't make it cryptic, the necessary info should always be there. And give lots of space for the minimalism to sink in

Although fluff looks useless, it isn't. Fluff is in the shape, pattern, rhythm color, white space and counter shape corner of a design palette. Like all these elements fluff can give direction, rest, unbalance, harmony, contrast, focus, or distract. Fluff is underestimated for it's distinguishable properties.

Use fluff to your advantage.

One way way of solving this is to view lack of fluff as a part of the modern era and especially the functionalist movement.

You can determine how much fluff you should add by looking at the product and guessing which year it was invented, walkie-talkie was invented by Alfred J. Gross between 1934-1941 and is therefor a very modern product while the event "Seeing tomorrow" looks in to the future – many years from of the 1940s.

Not the answer you're looking for? Browse other questions tagged composition design-process visualization or ask your own question.

6
What characteristics are common to well-designed and well-formatted textbooks?
3
Avoiding designs that reflect limitations of your application?