I have 70+ images of a coloured microsphere taken through a microscope. Between each image, I manually rotated the sphere by about 5°. In each picture, the position of the sphere is slightly different : the sphere seems to wobble around the center of the shot. The colours inside the sphere change slightly from one frame to the other, but the overall shape of the object stays the same in all frames.

I intend to create an animation out of these images, yet I can't find an automated way to align the different shots. The "Auto Align" tool between any consecutive frames won't work ; it says that the images differ to much from each other. Although the colors do change a little, I feel like there should be a way to use the information that the spherical shape is constant.

In this folder are a few consecutive shots so that you can see what I'm talking about.

Should anyone have an idea about how to proceed, I would be very grateful !

Many thanks in advance !

Short answer: you'll have to do this mostly by hand.

The reason Auto-Align won't work for you is based on how it works. The algorithm looks for things that match, image to image, such as the background elements in a series of group photographs or the overlapping sections of a panorama. It has no way for you to tell it "this is my point of interest". Your "foreground" and background change from image to image, so there's nothing invariable that the analysis can match.

The most efficient way to proceed with Photoshop is to load the images into layers, drag out guides to the vertical and horizontal center of your frame, then position each layer to place the bead as close to the center as you can. From there, it becomes a matter of blinking the top layer on and off to verify you have it lined up exactly with the one below, then repeating this process all the way down the stack.

Based on your sample images (the 2136 image is slightly smaller than the rest), there are some slight scale differences among your images which you'll also have to tweak by making them about 60% opaque and using Free Transform to scale and position.

Note: There's going to have to be some manual labor here not matter how you look at it.

Try to figure out a way to take all of the photos so that the sphere is in the exact same location every time.

Create an action to crop the images. 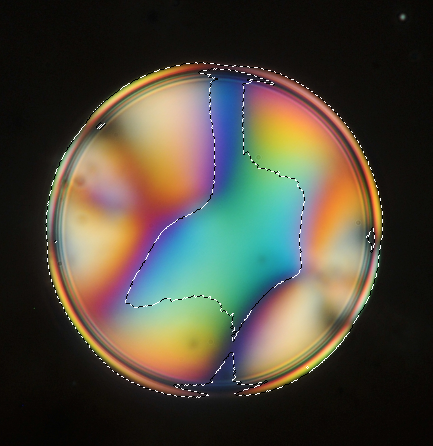 That should get them lined up pretty close.

3
How can I align a bunch of layers in Photoshop CS3 to a curve?
1
How to align contents of a slice in Adobe Photoshop?
0
Duplicate [text with shape] in photoshop
2
Align a photoshop layer top with another layers bottom
0
How to define custom shape cut-out with reference to other layers in Photoshop
5
Combine a text field with a shape in Sketch - Auto re-size shape
0
Photoshop: how to align multiple layers