I just thought about the this: We have dozens of well known icons for nearly each and every thing. All those icons normally are inside some sort of "navigation" (bar/menu/etc.). But what's the icon for Navigation itself?

The idea behind such an icon comes from small screen devices. If you need to hide your navigation to save space on the small screen, then best would be to only show it when the user needs it. And an icon is in most cases smaller than "nav" or any other word.

Netscape Navigator used to use a ship's helm (the steering wheel):

Interesting academic question, but in practice, there should never be a need to explicitly label/iconize navigation as the navigation should be self evident.

Lauren has an excellent answer, a ship's helm is as low-level as it gets, even today, but I think users are much more sophisticated than they were when Netscape was on top of the browser list.

I think one reason why you might have a problem getting a firm answer is that "navigation" is still only a verb. It isn't enough to say one is "navigating", one has to be navigating something—be it an ocean, the home directory on a computer, or even something conceptual like tax law.

"Navigation" really needs to be applied to an object or concept in order for it to have meaning, and knowing that is what really informs the type of icon to be used.

UPDATE per OP: The "nav" icon would be smaller, but the more relevant issue there is that an icon doesn't need to be localized like a string would need to be (i.e., What is the translation of "nav" into any of the Cyrillic, Asian, or Latin languages?). An icon would be much easier to handle in such an instance (though the icon could change based on the cultural standards of the user).

Even then, you are still talking about navigating the interface of a device, which is different from a lot of other tasks, and that narrows down your choices quite a bit, which I see as a good thing here. The context of "nav" would change to meet the needs of the device and the application the button is seen in. Even taking @DA01's comment about the use of an eye, that could change in a camera or image-editing app in very short order.

I don't think you are ever going to find The One True Icon to represent the concept of "navigation".

Good alternatives, if you didn't want the ship's wheel for any reason, might be a compass rose, a dual- or triple-armed signpost, or even a sextant.

Depending on the context, an eyeball tends to work well for anything that's hidden, as DA01 mentioned. I'd have to agree that in an imaging application that might not be the best, though.

I've seen a lot of people recently using three horizontal lines in a box (a 'list') as a Navigation.

i.e. the Facebook mobile app has this button permanently in the top left to slide in the navigation side bar.

Many Android phones have this iconography literally carved into their physical menu buttons (see pic below). The menu button itself is being phased out, but the iconography has been widespread enough that it would be surprising if it doesn't feature in more and more on-screen menu buttons. 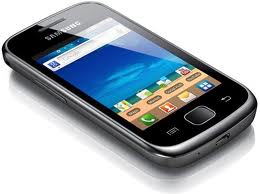