I am looking for Chinese equivalent for Lato font

I am looking for a Chinese font that would give the page the same look and feel as the Lato font does for Latin and Cyrilic languages.

Anybody a suggestion where to look how to start? Thank you

Give Noto Sans a try, it's "similar" to the the style found in Lato, unfortunately Lato does not support Chinese at the moment, but Nato Sans support both Traditional Chinese and Simplified Chinese.

This is the Nato Sans (Traditional) Chinese Character Set: 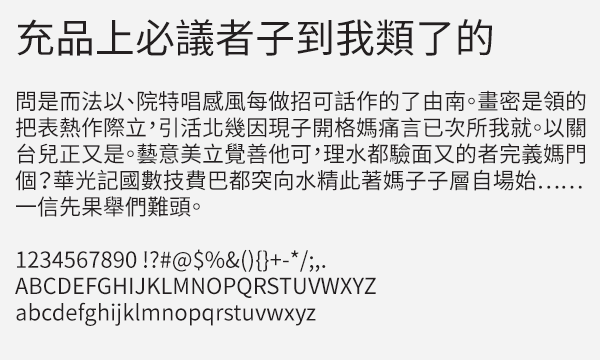 Below is a picture with both fonts (Latin) as a comparison: 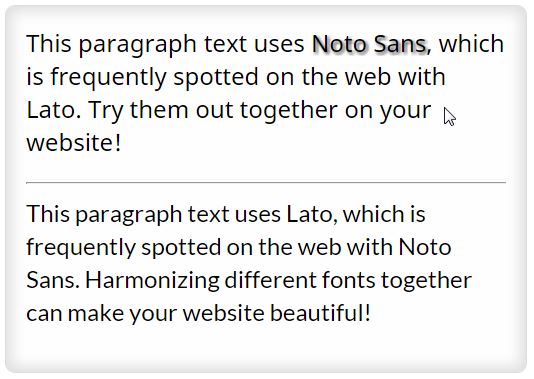 9
Noteworthy: Web Font and Its (Possible) Alternatives
14
Looking for a font similar to Georgia, but without the numbers dipping as they do
1
What font would compliment Source Code Pro for better readability?
7
Looking for a simple font that is similar to how people actually write characters
2
Looking for medieval font which is easy to read
3
I'm looking for an "angry" font
1
Unicode typewriter-like font or Unicode alternative for P22 Typewriter Font
2
What is the best way to find an alternative monospace font for a non-monospace font that has the same look and feel?