How to fix this kerning pair

How do I fix a font with a problematic kerning pair.

The problematic pair is capital T preceded by a space, when set in Helvetica Neue 55, and with kerning set to 'Metrics', using InDesign. The automatic kerning preceding the 'T' will change from (0) to (-125) resulting in the word space almost disappearing.

The screenshot shows the difference between this font and the two weights either side (45 and 65), without any manual kerning.

Would you recommend I edit my Helvetica 55 and how would I go about that?

Or set optical as the default. Might this open a different can of worms?

And just say it's possible to fix the font itself, what then happens when I open old jobs with the amended font? Am I then looking for big spaces preceding 'T's ?

EDIT: I should add this is a Type 1 font. 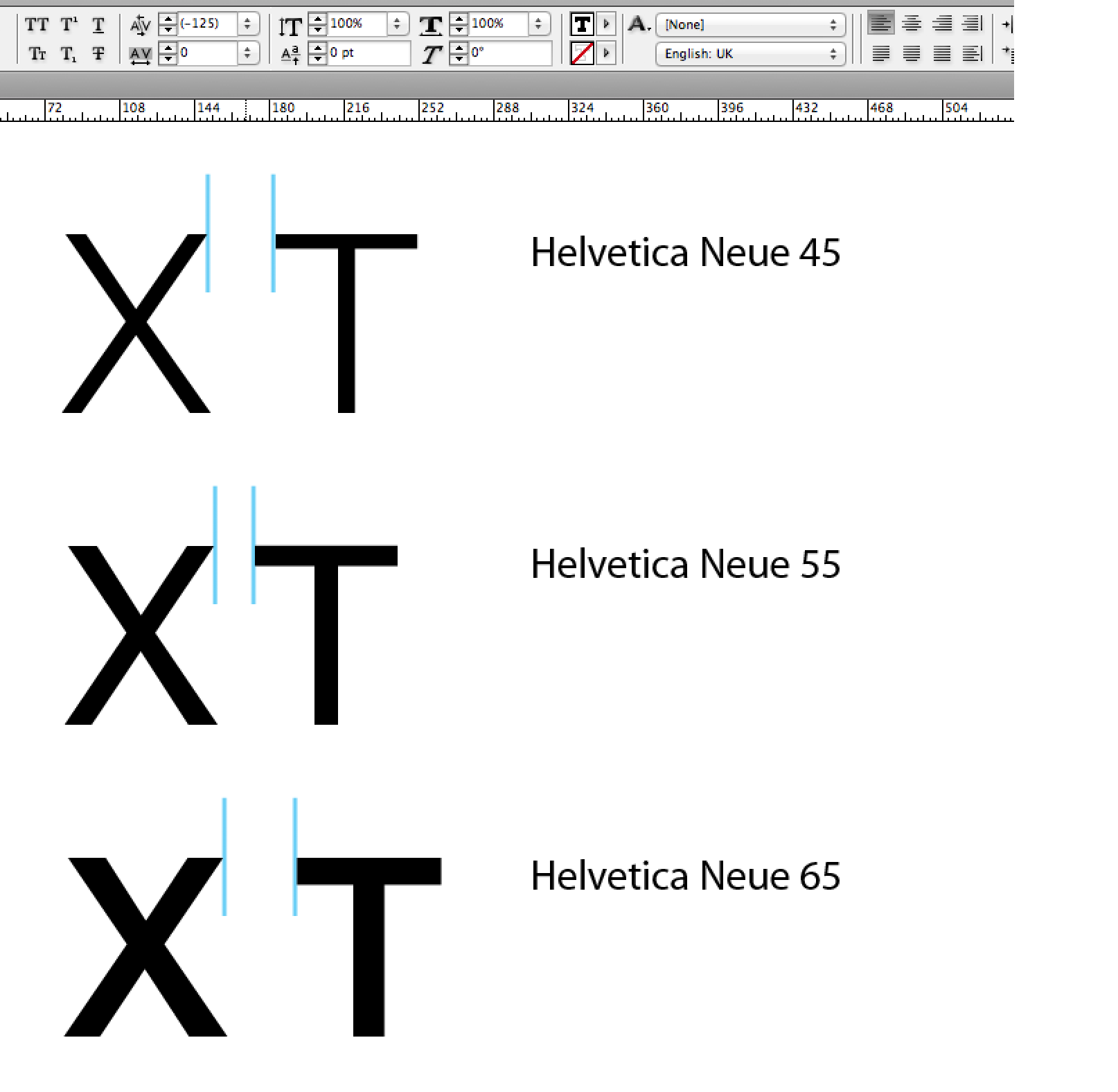 While I don't know what the guidelines and technologies are that would allow/enable modification of font software, I bet InDesign GREP styles would be a quick way to patch things up.

You can add a pattern of characters (in the example, .\sT) to the GREP Styles panel within a Paragraph Style dialog, and create a new Character Style to adjust kerning as necessary. I've included a screenshot that also colorizes the matched pairs, for clarity. The rule is added to a single paragraph style, but if you have a chain of inheritance all the way back to "Basic Paragraph," you could totally add it there.

The expression used to highlight the pattern is roughly: "Any character followed by a space, then a capital T." 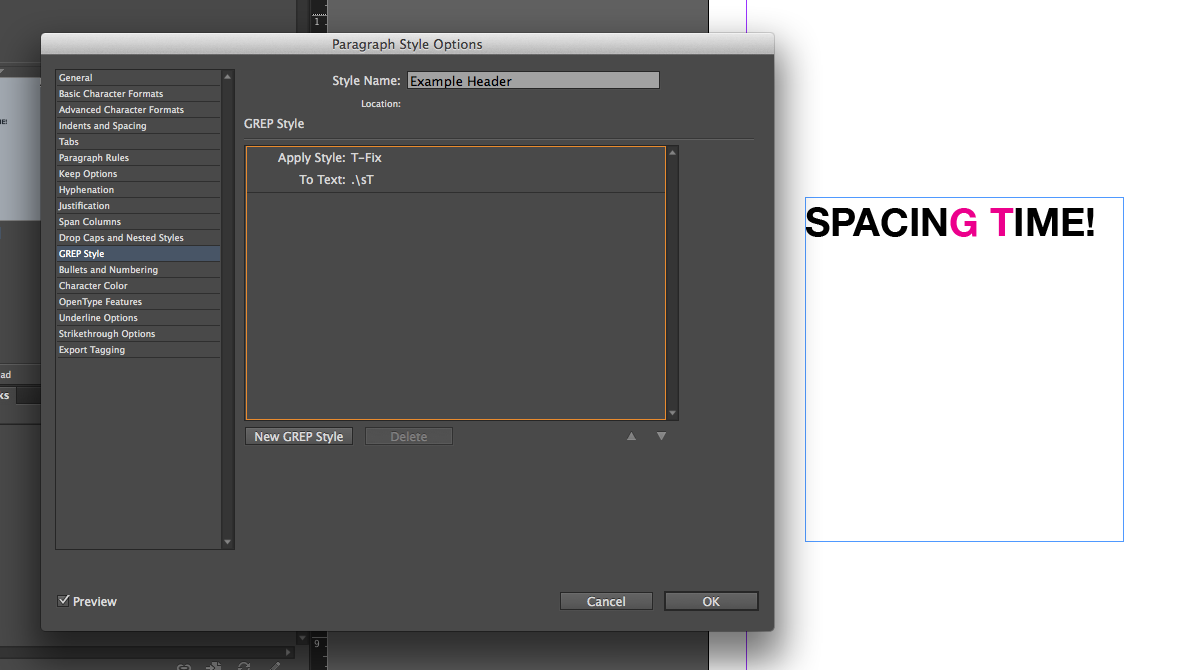 It sounds like you like the Optical setting, correct? Rather than globally changing your font file I would suggest creating a paragraph style in InDesign for your heavier subheads (if you haven't done so already) that uses Optical spacing and apply that style to the subheads in question. It won't change your default settings. It won't affect any other documents unless you import that paragraph style and apply it.

If you really want to go crazy, make two paragraph styles, call one "HeavySub_Optical" and the other "HeavySub_Metric" with the appropriate setting and then you can choose whichever one looks best for the text.

Not the answer you're looking for? Browse other questions tagged fonts kerning or ask your own question.

3
Improper kerning in iOS app, using Helvetica Neue
5
How do I convert leading and kerning expressed to CSS styles
4
What computer subsystem is responsible for font kerning?
15
Kerning Feedback
28
My Xylophone is off key; Understanding this kerning
2
Please check my kerning for this logo
7
Kerning Approach for Letters with Large Spaces
3
Change kerning between two specific characters, in a ttf