I'm drawing maps in Illustrator. Our way of depicting divided highways is parallel lines with a fill. Here is an example: 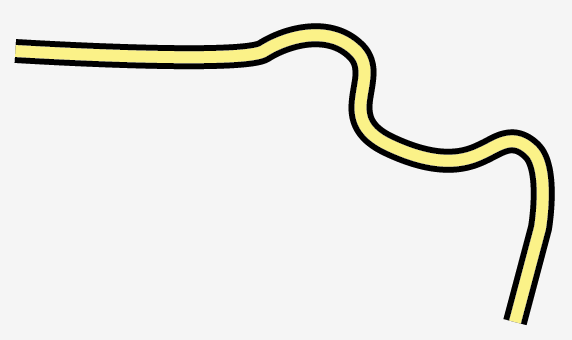 The way I did this was a 1 point yellow stroke, command c, command f, send to back, explained stroke to 2 points and make black.

These are a pain to make and edit. I'm wondering if there's a way to do this with a single stroke.

Yes! - Appearance panel to the rescue. You can duplicate the existing stroke by dragging it to the 'new' or paper icon. Then just make the second stroke larger. See my example for you below. 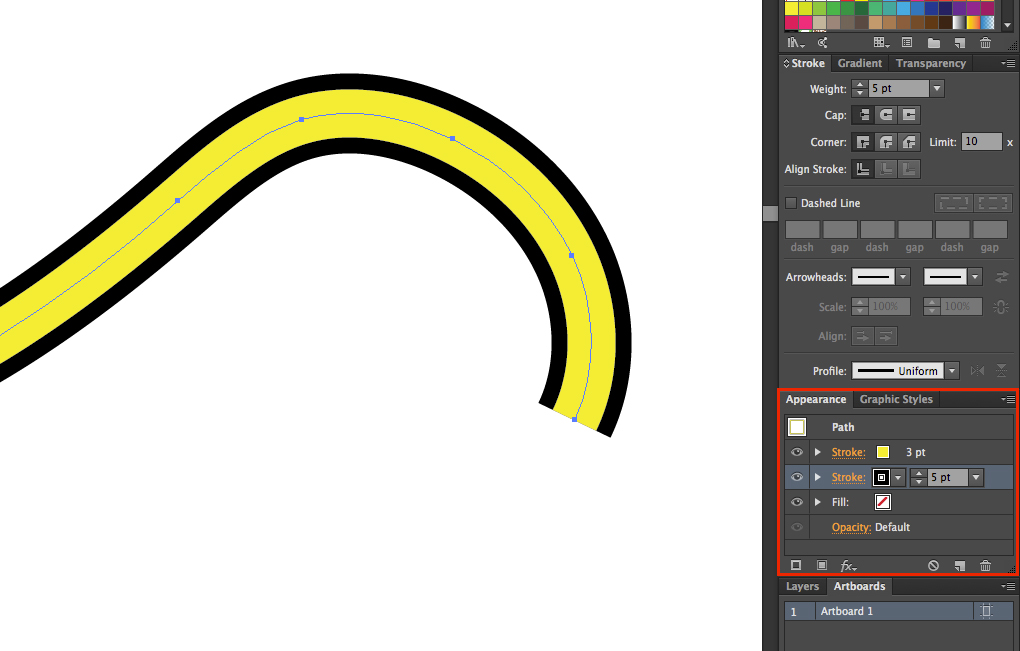 I'd create pattern brush with any type of colors you want.

For example, I created 3 rectangles and dropped them to brush panel choosing in popping up panel Pattern Brush. 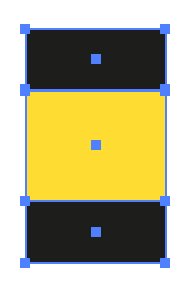 After that you can apply this pattern to any path you want whenever you want without adjusting weights, borders etc: 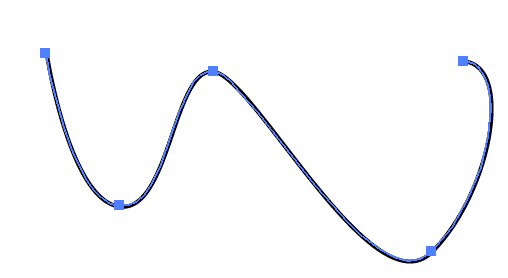 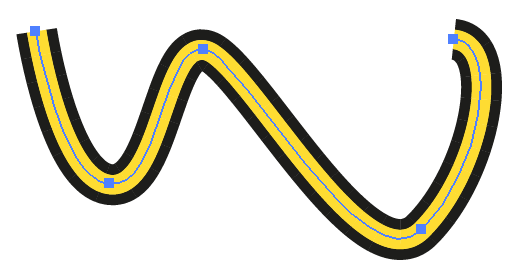 I also recommend making a brush. It can be useful to make a pattern brush from lines, because the result can be expanded to strokes.

I put three colors instead of two to show how it behaves:

Select all and drag them to the brushes collection. Define them to be a pattern brush which is stretched to the needed length.

NOTE: If the original lines are longer than the curve, expanding appearance generates full length curve per color.

Not the answer you're looking for? Browse other questions tagged adobe-illustrator maps or ask your own question.

16
How to draw isometric vectors?
8
How to join two overlapping non-end points that belong to two paths?
6
How to do "Indent to here" / "Hanging Indent" in Illustrator
2
Arrange multiple items at once in Illustrator
4
Why are the slices not accurate in my pie chart in Illustrator?
5
How to create dashed lines/arrows in Illustrator
5
Gradients - complex shape - Illustrator
0
How to select all lines in an Illustrator document