I've put together a book full of different types of images: raster, vector, and mixed. Everything is placed with their original dimensions and fit to frames.

Do I need to resize all the placed images to the dimension they are in the document using Photoshop?

What effect on quality/file size is there by leaving images resized to their frames in InDesign vs. setting it to a specific dimension in Photoshop?

What is actually happening when an image is resized with the frame handles in InDesign?

Does the size of placed files affect the file size of an exported pdf, or does this rely on whatever compression settings are used?

Raster content is different. InDesign is not a raster image processor. Unlike Photoshop, InDesign does not interpolate raster content - that is to say it doesn't remove or add any pixels to raster images. InDesign only uses the pixels already present in the image.

When you resize raster content in Indesign you are altering the image pixel density - stretching and compressing existing pixels. When you reduce a raster image within InDesign you are "squishing" pixels together increasing the effective PPI of the image. When you enlarge a raster image within Indesign you decrease the pixel density and stretch the same number of pixels to cover a larger area.

Within InDesign you can select a placed image and look at the Info Panel to see the effective PPI of the image. (Note Illustrator has no method to show you the effective PPI.... but it changes nonetheless.) 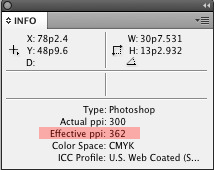 Ideally all raster content should be at 100% within InDesign. Generally altering the raster image size within Indesign and changing the effective PPI can result in image changes upon output. Even though reducing the image in InDesign (and increasing the effective PPI) won't result in "broken pixels" it can cause image details to become less clear or small details to plug up. Whether or not this is an issue depends upon the image itself and your desire for exact reproduction.

In short, if you want your raster content to print as you see it, you should not resize "placed" raster images in any application other than Photoshop.

As for rotation.... since InDesign (and Illustrator) do not interpolate raster images, it's often best to rotate raster images with Photoshop before placing them into Indesign or Illustrator. This is merely because Photoshop will handle the angles much better via interpolation and anti-aliasing than the other apps will. But again, the degree of this issue is dependent upon the image itself and your desire for quality. Often the difference in rotate will be nominal and some may feel there's no issue with rotation.

Not the answer you're looking for? Browse other questions tagged adobe-photoshop adobe-indesign workflow resize or ask your own question.

15
Why does Photoshop call ppi "resolution"?
1
Optimum workflow for re-sizing content in InDesign

2
Imported image is much larger than it in the original Photoshop file
24
InDesign: Faster way to resize image in frame
1
Optimum workflow for re-sizing content in InDesign
0
batch resizing for image with different aspect ratio to be of same dimensions
1
What's the best way to import to InDesign from Illustrator & Photoshop
0
Size/resolution error from Illustrator to InDesign
0
Photoshop CS5 actions resizing watermark suddenly not working correctly on Windows 7
1
Can someone explain me the concept of image resolution in photoshop in relation to indesign and illustrator?