Technique for finding the centerline of a curved object?

I'm curious to know if anyone knows of any effective techniques for finding the center line of a curved object.

In the screenshot below you'll see a crude version of what I mean. 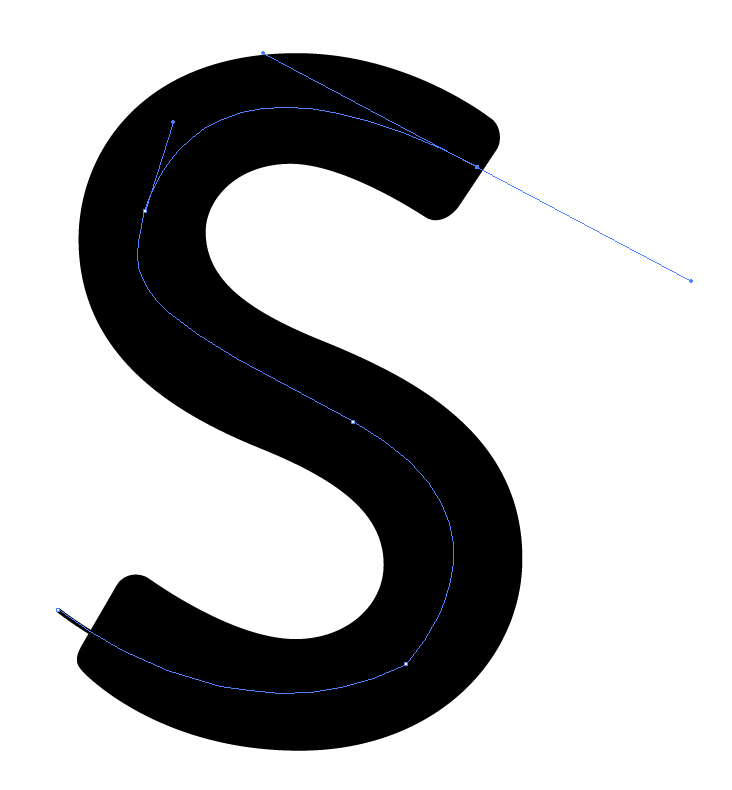 Is there any way to get that line to perfectly trace the center, or is it easiest to just eyeball it?

Photoshop or Illustrator techniques are acceptable. 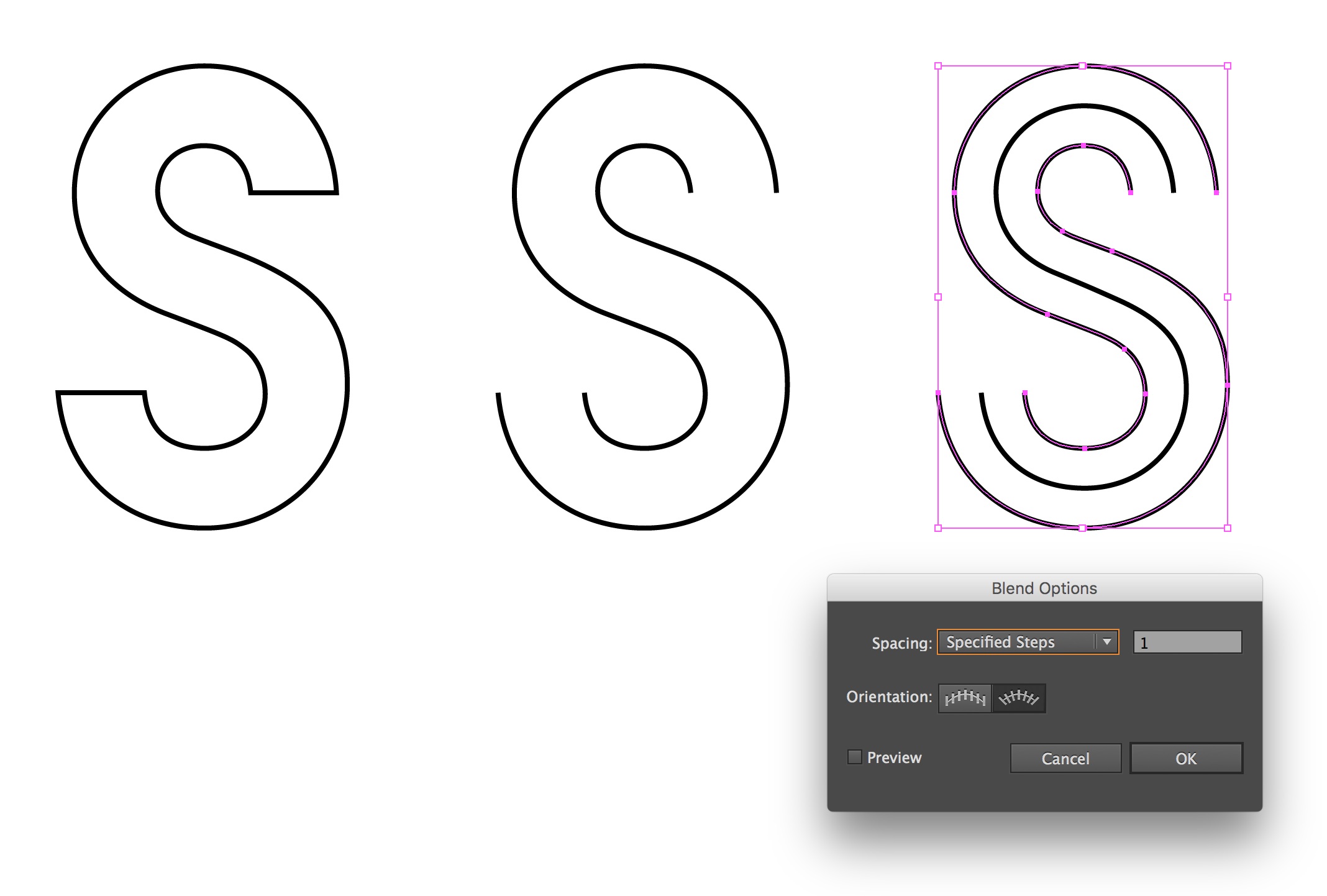 Blend will usually give the desired result but can sometimes fail with more complex curves.

If the blend fails, use the Scissors Tool (C) to cut both paths at the problem areas and recreate the blend for each section.

For more complex letters or shapes, divide the shape in to more manageable sections. Then create a blend for each section. 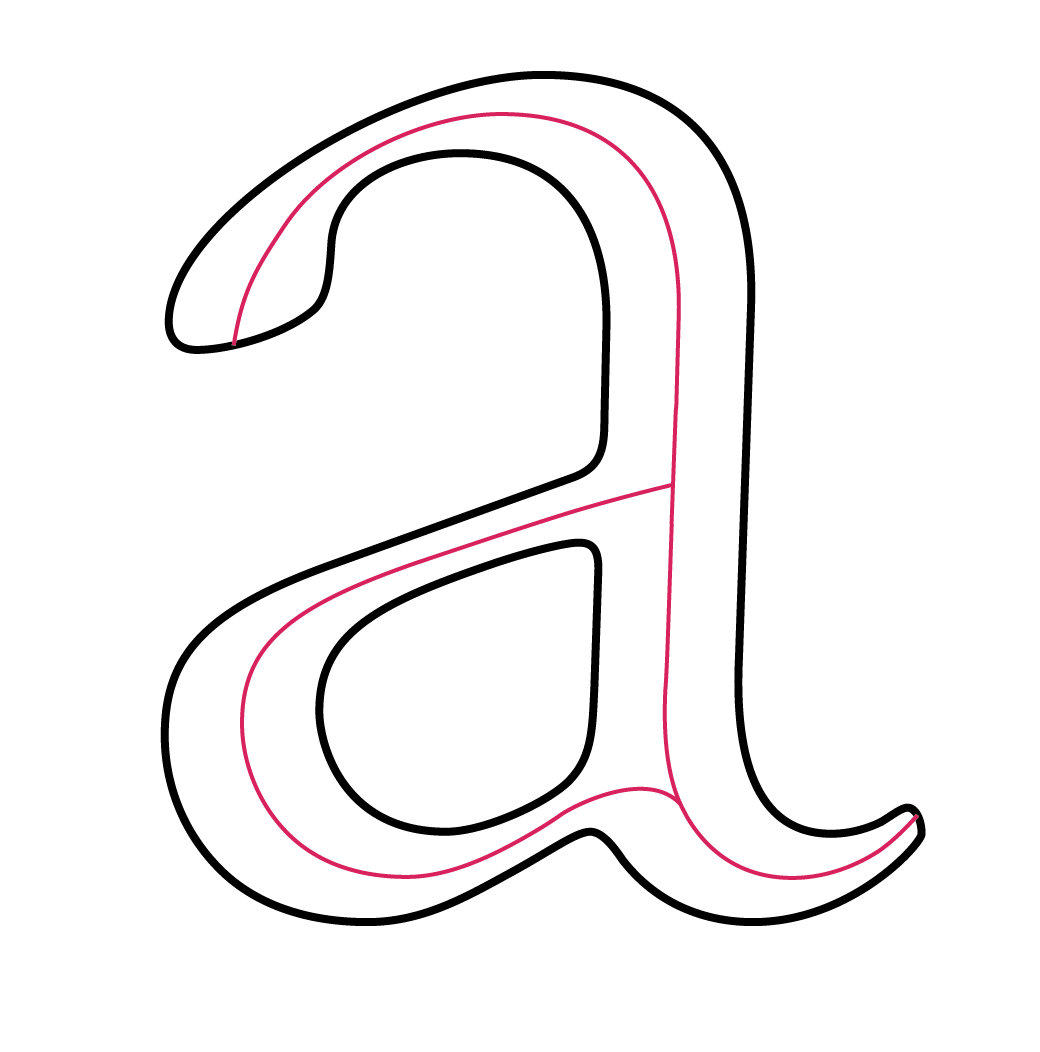 If you are happy with just getting close, this works in Illustrator - especially for an image that has a consistent width like your example.

The picture below will demonstrate a little better.

If I understand the question correctly, you want to know if there's a way to exactly trace the center line of a thick curved line.

In Photoshop there's no straightforward way to do this that I know of. I would add a Bevel and Emboss effect to the layer, set it to Chisel Soft (works better than Chisel Hard), and increase the size until there was no flat "table" left. Then I would trace the "ridge" of the bevel, which would be centered on the shape, with the pen tool. This would work for a shape of uniform thickness, like your example. Playing with the "Soften" parameter can help to giveyou a smoother and more visible curve for tracing.

In Illustrator you could use a similar approach, or "Offset Path" with a setting that reduced the resulting path to a very thin line.

In both cases, your line won't run all the way to each end, but that should be easy to work around.

As promised, here's an alternative Photoshop technique that is quite flexible and may work better in some circumstances. It involves more steps, but seems to trace irregular curves more smoothly. It also extends almost to the ends of the shape. 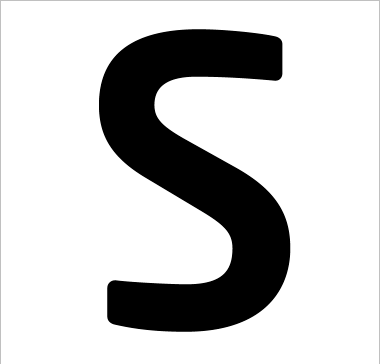 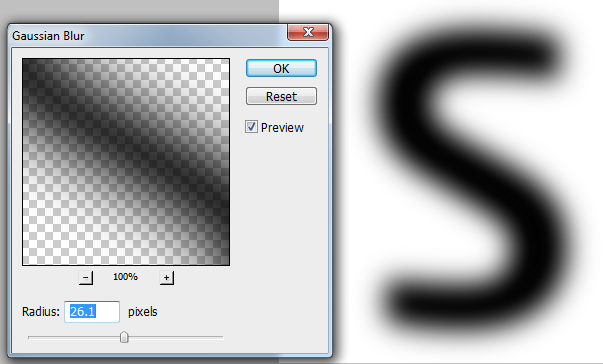 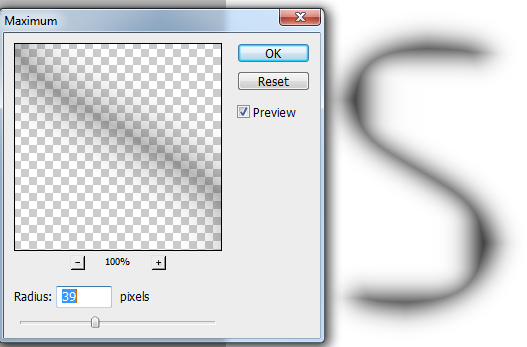 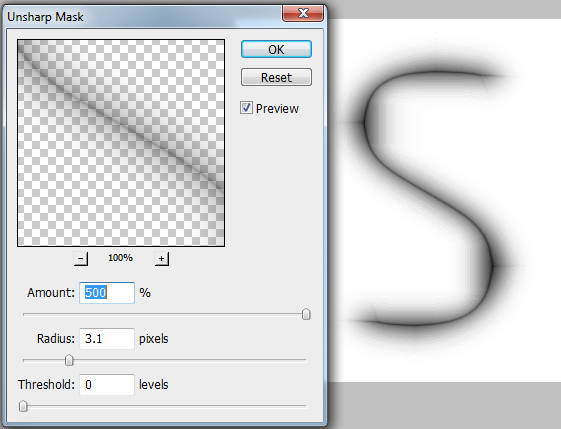 From there, you just trace the curve with the pen tool.

This will only work with a graphic of the same width all the way. Select the entire graphic, the S in this case. Then use the selection shrink tool to take it down to 1 or 2 pixels in width. It will shrink from all borders equally, so you'll lose some from the ends of the S, but it should trivial to extrapolate the ends.

2
Illustrator - Text to SVG paths without fill
10
Illustrator: how to reproduce font line art
9
Convert outlined stroke to single stroke
3
Inkscape convert Text Path to 'simpler' path?
3
Central, simplified, "pen" strokes of a font glyph
2
How can I easily create a path out of a non-linear shape in Illustrator?
0
Circular blend Illustrator
0
Brush outline and fill

2
How to exactly align shapes in order to unite them in Illustrator?
1
Isometric line drawings with colour fill - Illustrator
2
Dividing a colour wheel (gaps)
0
Creating Shape Path in Illustrator
1
Illustrator: Removing white borders from boxes after Create Object Map
0
Is there away to see object paths whilst editing objects in InDesign?
0
Pathfinder Panel > Pathfinders: Merge Doesn't Work with Shortcuts