Why can't I edit these SVGs with Inkscape?

In Inkscape it is impossible to edit the SVG images downloadable from here: https://archive.org/details/IauConstellationsSvg

Basically, there is a single, large group and I can't ungroup it.

Those pictures are under a CC-BY license so I don't think the author is trying to prevent anybody from editing them.

I am not an Inkscape user. However, I would guess that perhaps the files are a bit too complex.

Opening one of the files in Illustrator CS6 I find a great deal of unnecessary objects - which appear to be very large type glyphs (all that black in the image below) - in addition to at least 9 nested groups. 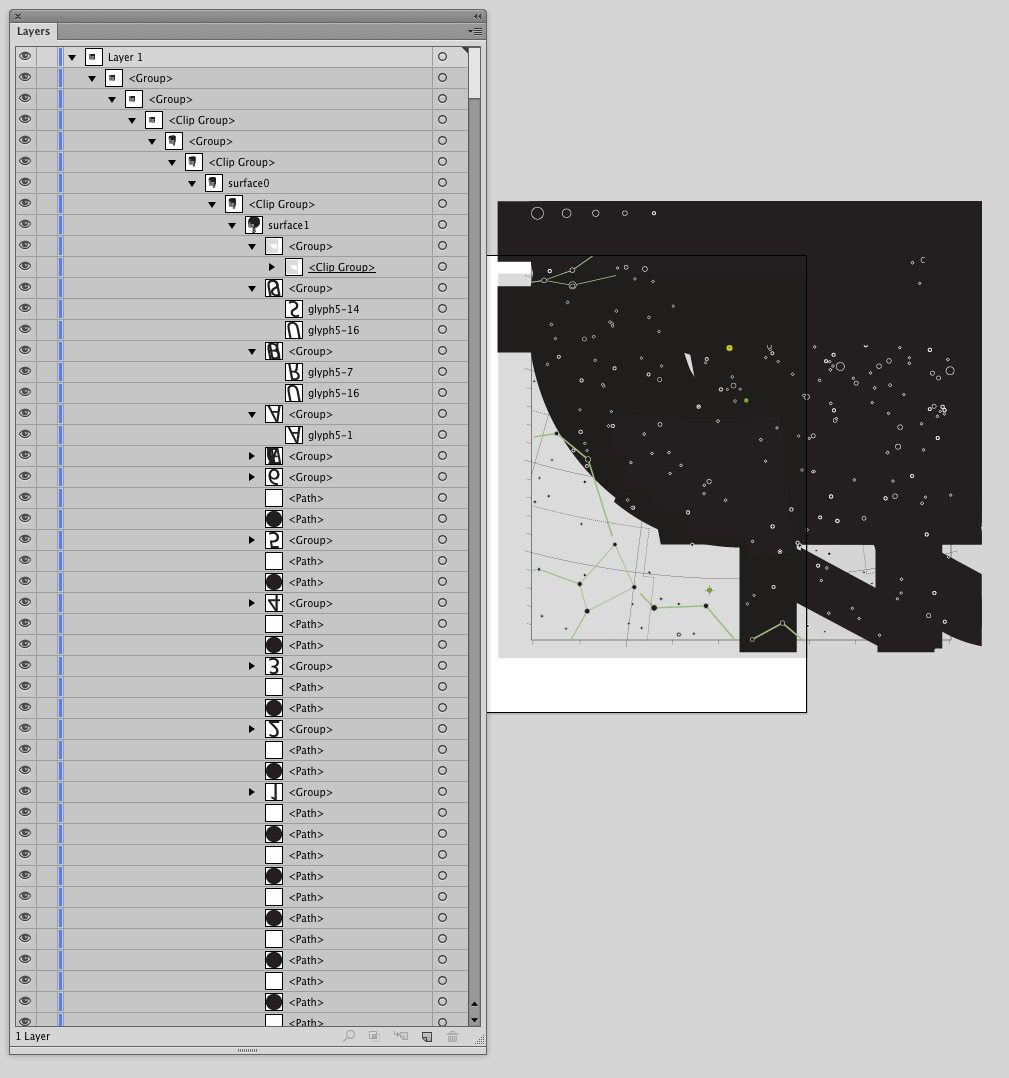 Once I delete all those unnecessary objects I'm left with the base art which appears to look good - or at least usable, still in several nested groups and clipping groups though. 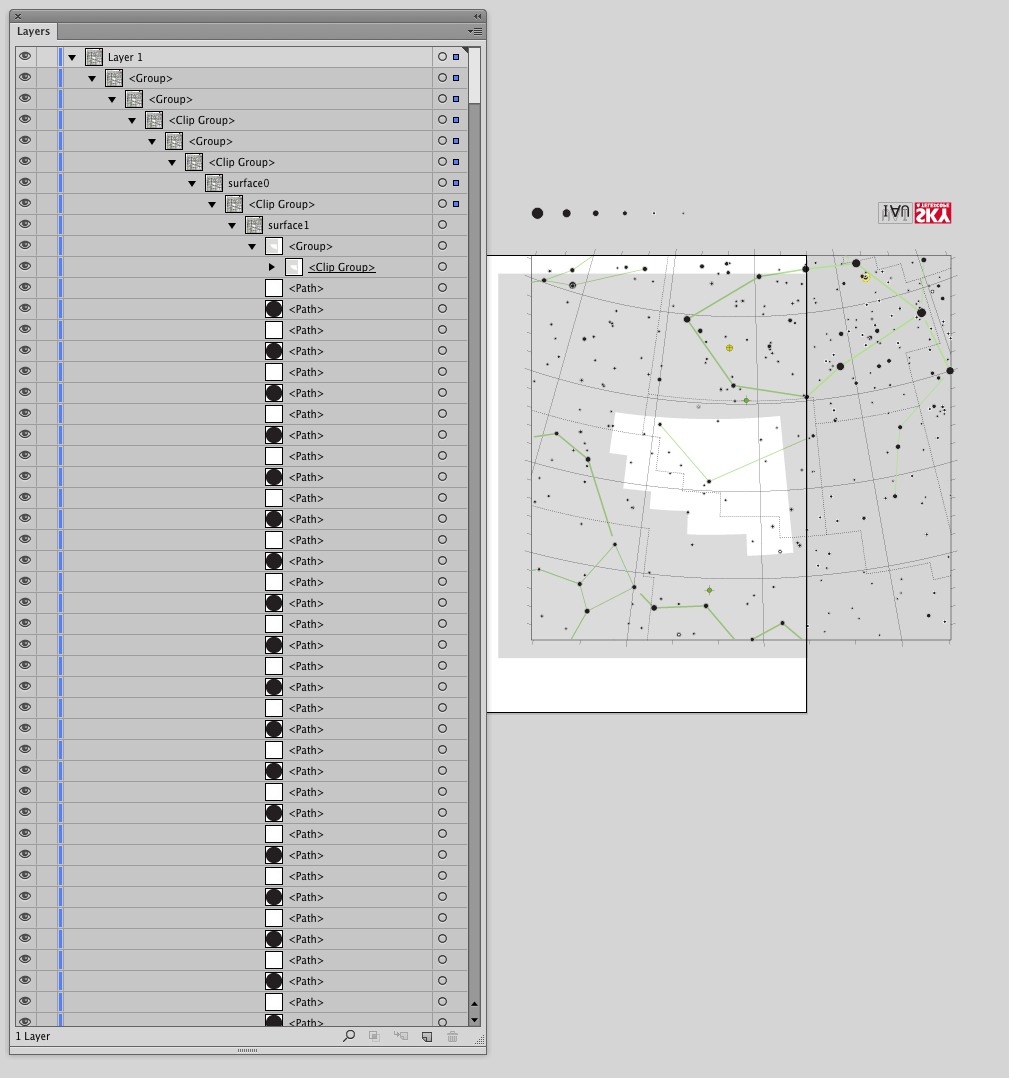 Of course, the art appears to be upside down and flipped, but that's an easy fix.

It's entirely possible that all those type glyphs were related to some text at the bottom of the artwork and simply got distorted upon either the SVG being saved, or Illustrator opening the SVG file.

3
Help/docs for using Inkscape for SVG icon font creation
2
How to batch-export SVG's to EPS on Windows or import them into InDesign CS6
5
Create and Edit parallel "bus" lines in Inkscape
3
Animated SVG Javascript Infographic for timeline
2
Layering SVGs for use with Inkscape
2
Why do some SVGs render so differently in Inkscape?
3
How to step and repeat in Inkscape (or Scribus) with live preview?
4
Is there a way to flatten AI or EPS imports from Freepik.com in Inkscape?
0
Reduce File Size of SVG