How do I create a dual lined border in Photoshop?

I have a square box, that I need to create a dual lined border of differing widths.

I've selected the shape and then done a 10px stroke inside. Now I want to add a 2nd rectangle of 5px width that is 5px inside the outer stroke on all sides.

For clarity, this is one 10px line around the full edge of the background shape. Then a 2nd line of 5px which has a 5px gap between it and the outer stroke.

Any pointers on how to achieve this second stroke accurately will be greatly appreciated.

There's a bunch of ways to do this, but here's how I would probably approach it, might vary a little depending on the initial shape you have setup (is it a shape layer or a raster layer for example) but the method shouldn't be complicated to apply to anything: 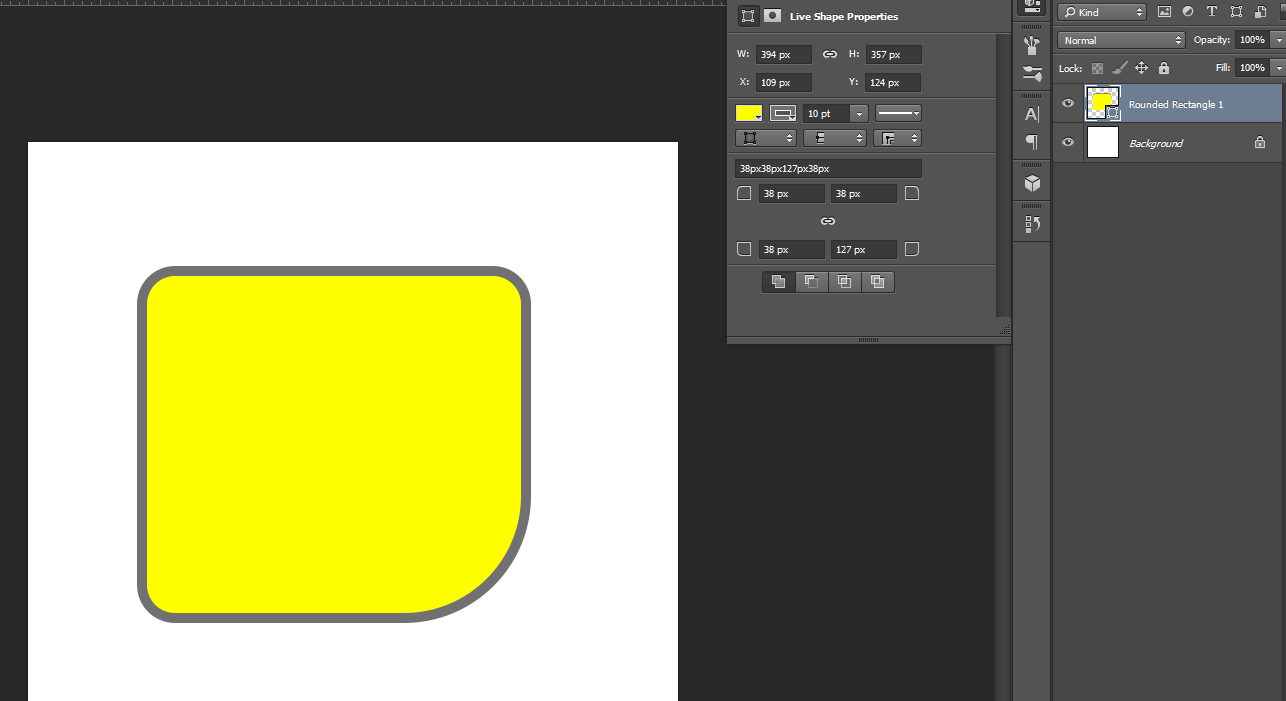 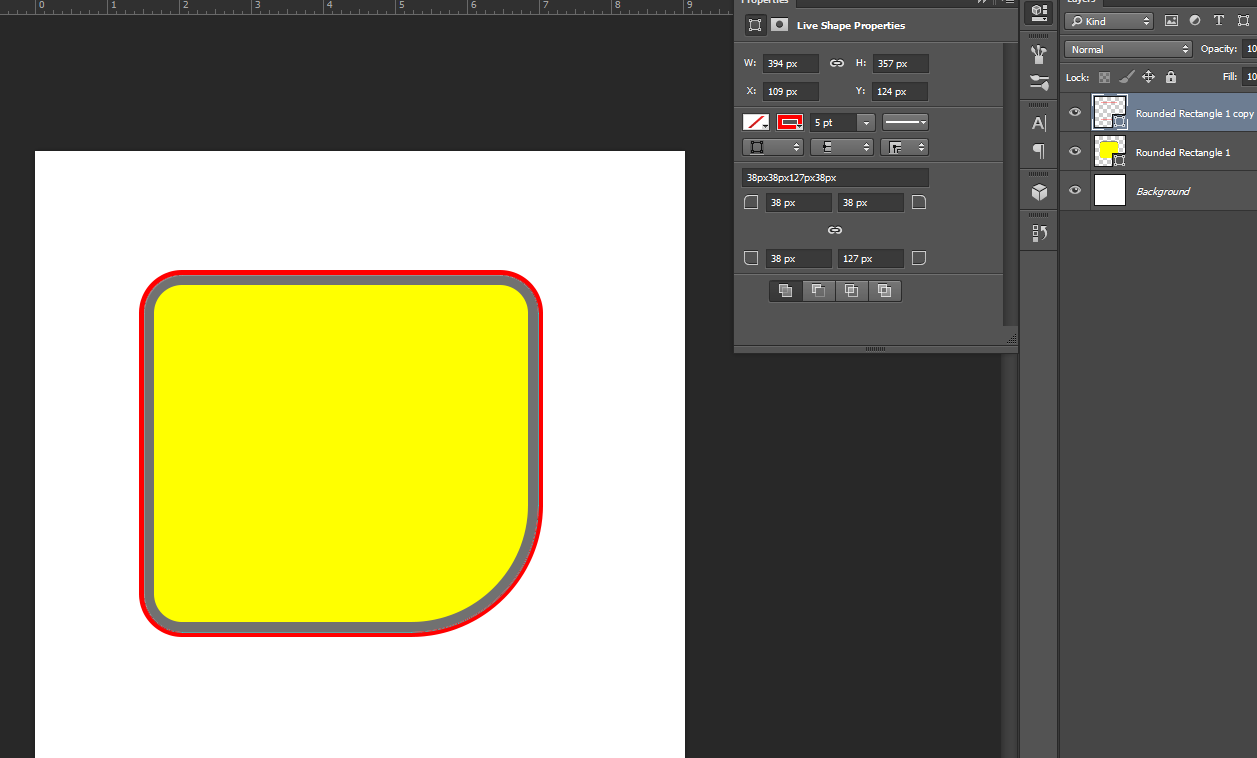 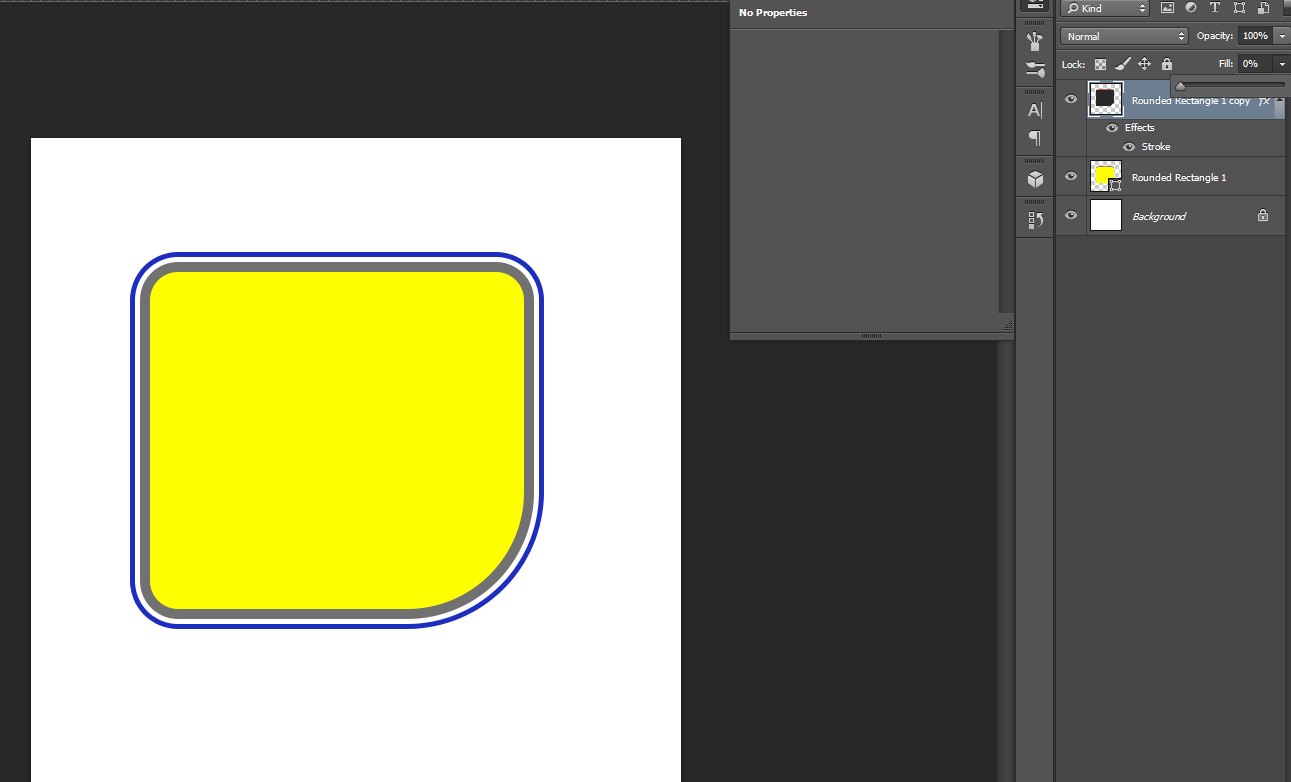 There are other methods though like Select → Modify → Expand is one possibility. I'm not a fan of Modifying Selections though. It works on simple shapes but doesn't seem to function as well on more complex ones, losing radius and such. Maybe that's just my own perception though.

If you do that route, just select your initial shape. Select → Modify → Expand 5px. Then fill the layer or make it a shape whichever you prefer, and again Outer Stroke that one by 5 then lower Fill Opacity to 0.

Expand or contract a selection by a specific number of pixels

Use a selection tool to make a selection. Choose Select > Modify > Expand or Contract. For Expand By or Contract By, enter a pixel value between 1 and 100, and click OK.

The border is increased or decreased by the specified number of pixels. (Any portion of the selection border running along the canvas’s edge is unaffected by the Expand command.)

Not the answer you're looking for? Browse other questions tagged adobe-photoshop stroke borders or ask your own question.

0
How to make a zigzag border with a shadow in photoshop
3
Removing part of a stroke and adding a gradient to a stroke in Illustrator CS5
3
How to create a colour border in Inkscape?
3
Inkscape How to create outer border after Clip 'Set'?
1
Photoshop: Border around complex transparent image
2
Issues with inaccurate snapping and line weights
1
How to substract front shapes with a Bevel & Emboss effect and get a inner sharp edge instead of a round one
1
Measure distances a container and a text field or between two text fields in Photoshop