Why won't "Multiexporter" export any artboards? ("Will export 0 of X artboards")

I use the Multiexporter script (blog article explanation, github link) for bulk exports of PNGs or PDFs from many artboards. It usually works fine, but sometimes it refuses to co-operate, with a message like:

Will export 0 of 10 artboards 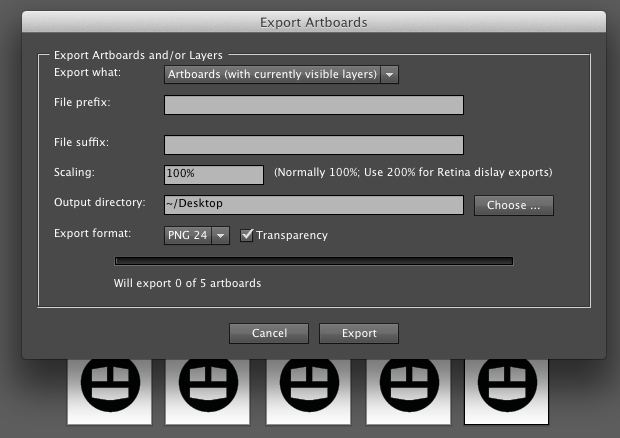 It turns out Multiexporter ignores artboards that haven't been named. Enter a name for each artboard, and they'll be included (that name will also be used for the filename).

For example here, it's recognising each artboard that doesn't have the default name. 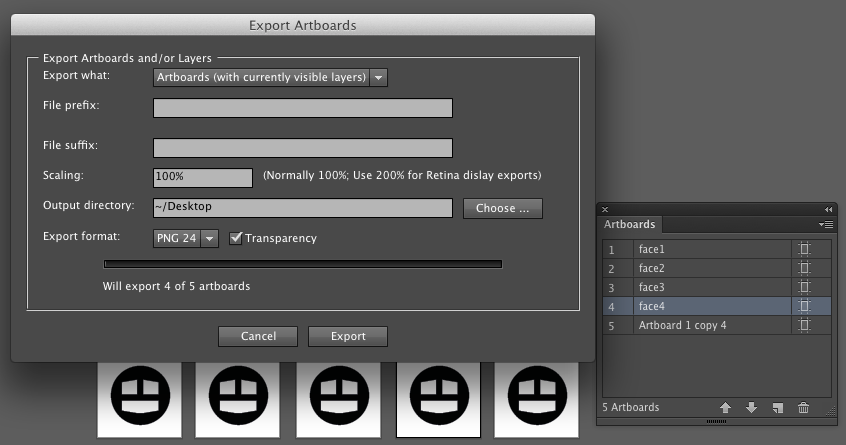 If you create an artboard by alt-dragging an existing artboard, the copy will appear if the original had a name and won't if it didn't: 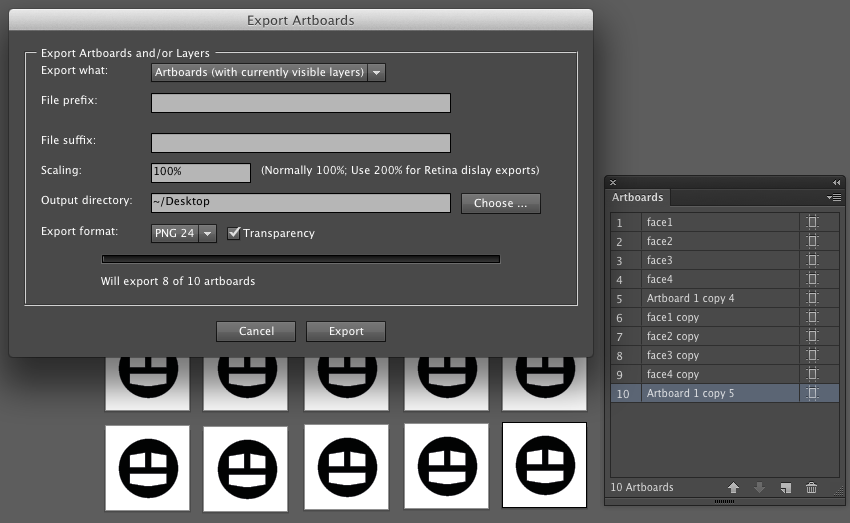 Unfortunately I don't know of any quick way to name hundreds of artboards.

Not the answer you're looking for? Browse other questions tagged adobe-illustrator export artboard or ask your own question.

2
What is the best practice for laying out and exporting custom icons from AI?