I've been trying to create an image showing mitoxantrone (a chemo drug) intercalating DNA, as part of this I've had to combine two structures -- a DNA strand with the molecule found therein and the molecule up-close and in detail at the side of it. The DNA strand had to be rotated using Paint.NET (as GIMP had similar problems to what it does now, as it hides anything outside the original canvas when rotating) as the software I used to create it made it difficult to create the image portrait. Then I expanded the canvas so as to allow me to add this additional image (of the molecule up-close) into it by copy-pasting but for some reason any image outside the original canvas (of the DNA strand) is hidden. How do I overcome this problem? Here is a screenshot showing what I mean. 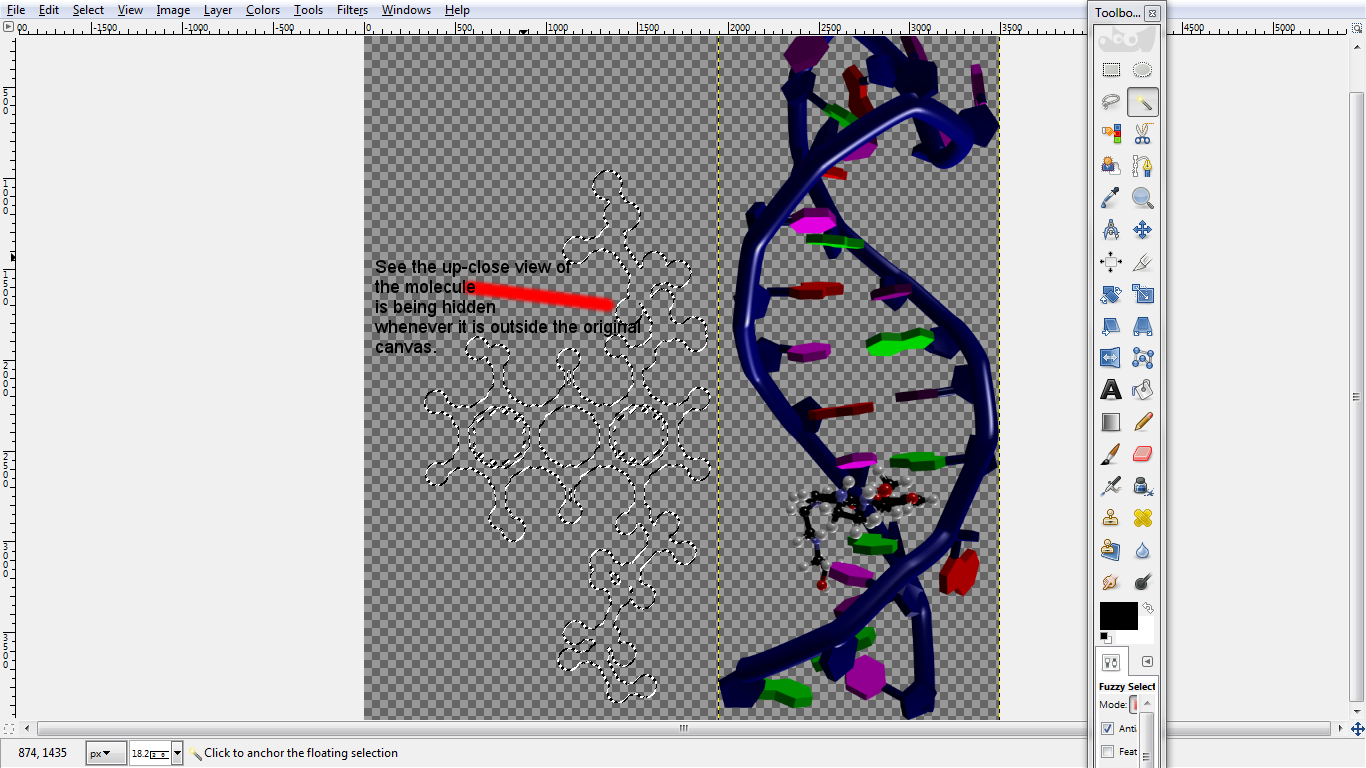 The example below shows how a paste partly inside, partly outside of the active layer will render: 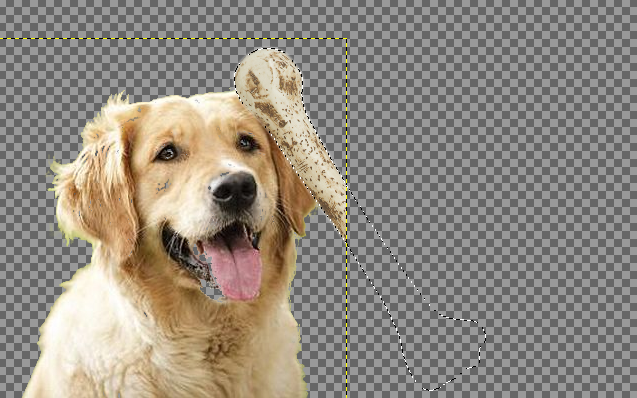 To overcome this we can either create a new layer (Menu Layer > New Layer ... or Shift + Ctrl + N), select this layer as active, and then paste to this new layer: 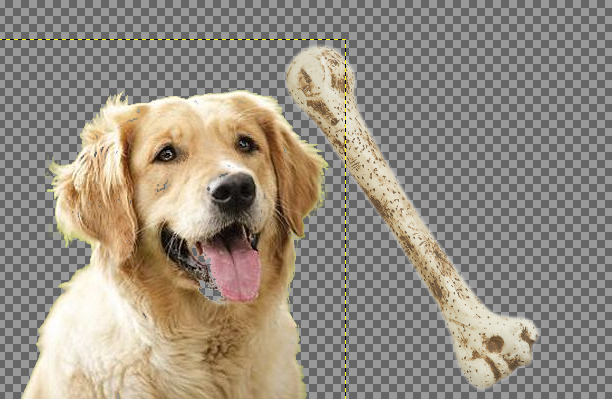 Old layer marked as active for demonstration only, paste was done to the new layer!

Alternatively, we can select To New Layer (Shift + Ctrl + N) while pasting to create a new layer with the pasted image: 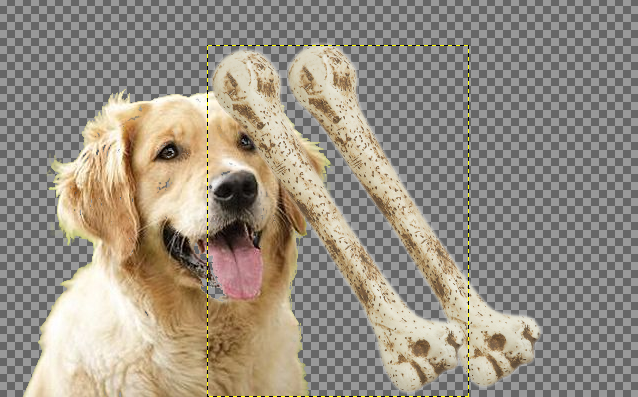 Layer selection can be done from the dockable layer dialog:

All layers can be merged with Image > Flatten Image.

Not the answer you're looking for? Browse other questions tagged gimp canvas or ask your own question.

1
Map borders on GIMP
0
Getting a triangular tear effect in Gimp?
7
Gimp Jagged Borders
3
How to remove coloured degradation from old photo in GIMP
4
Font style getting reset to default/random in GIMP
3
GIMP - Unwanted white borders after applying transparency layer
0
stroke outside selection on a [new] layer in gimp
1
Moving content of selection across multiple layers in GIMP