How do I give text an offset path in Illustrator?

Okay, I am just trying out the offset path effect for a custom font. I followed this tutorial - https://www.youtube.com/watch?v=yU2wDdLNTdE I tried doing the same, typed a word and expanded it,then put a stroke to it and finally offset path.I got the desired effect- the expanded version of my base letter,without expanding the red stroke proportionally. 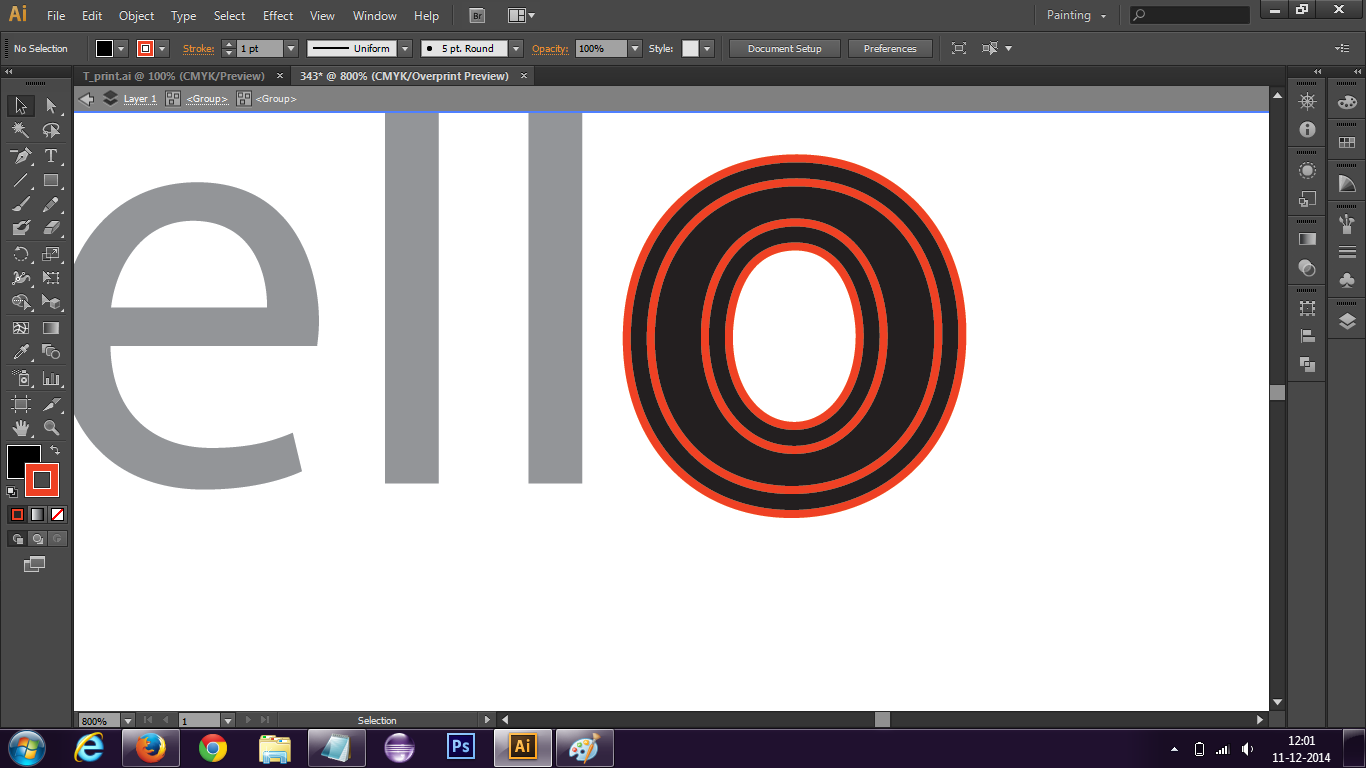 I tried to repeat the effect, as told in the tutorial,but by applying offset path again I get this- 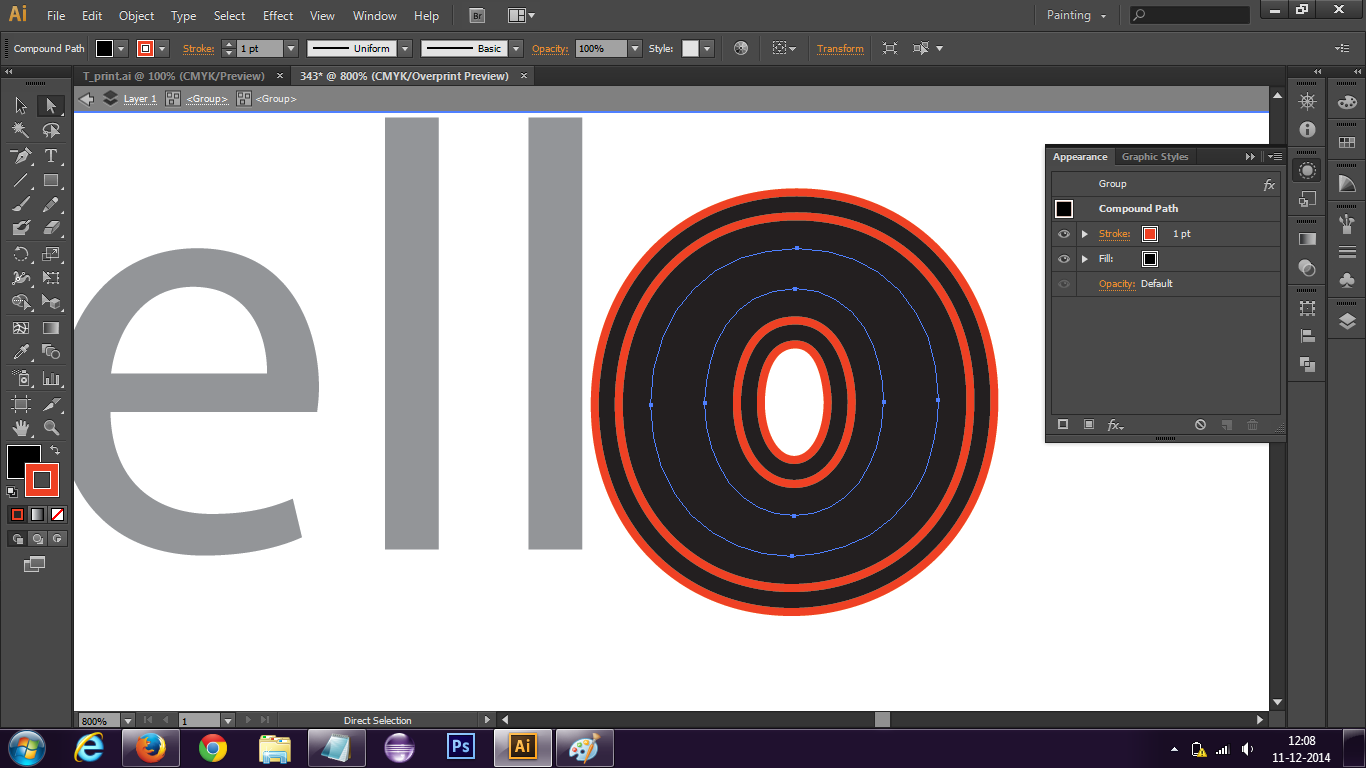 However this was not my desired effect.All this has done is increased the fill for the inner 'o'. I want the stroke to be retained for the blue path. In other words, I want multiple 'o's beneath the previous 'o'. Each bigger than the previous, but the stroke should remain- As shown in the tutorial. How do I achieve that ?

Your problem lies in the fact that the 'o' you are trying to give an effect is two separate paths, probably in a group. Effects like offset will not work properly, indeed. You will want to select all the o's paths and then make them into a Compound Path: Object > Compound Path > Make or right click > Make Compound Path.

Besides, this effect is more easily achievable using the Appearance panel:

Be sure during the whole process that your object stays selected, or it will not pick up the changes you make in the Appearance panel.

0
AI - how to replace two anchor points with one?
4
How do I flatten this vector logo leaving only the visible black paths?
0
GIMP - Can't get to fill a curved text
3
Python library to expand type and offset paths like Illustrator
0
Inkscape's "Stroke to path" produces hole in the middle
2
How to maintain outer stroke on overlapping path in Adobe Illustrator?
3
Apply clipping mask on strokes