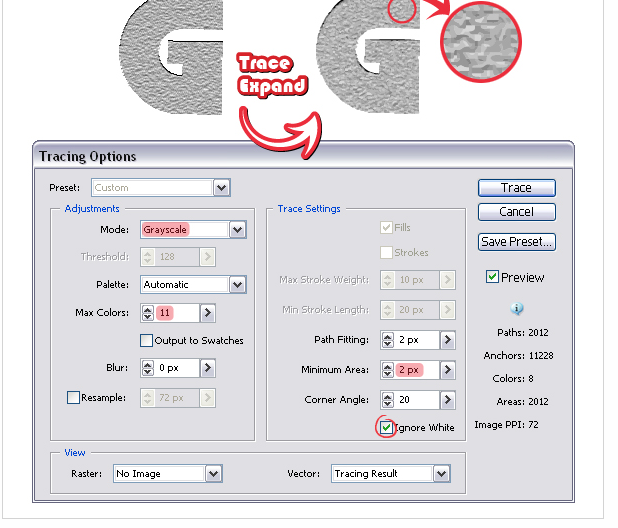 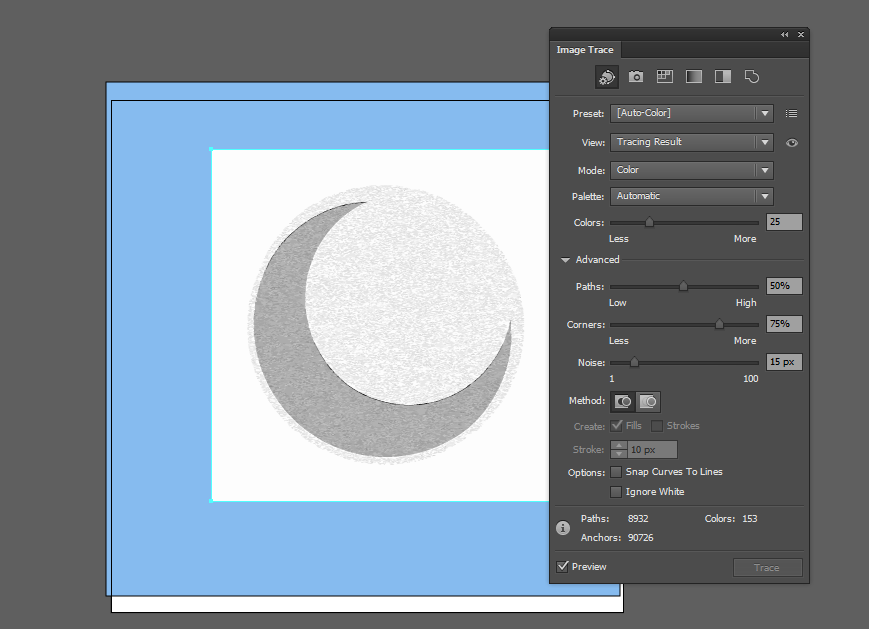 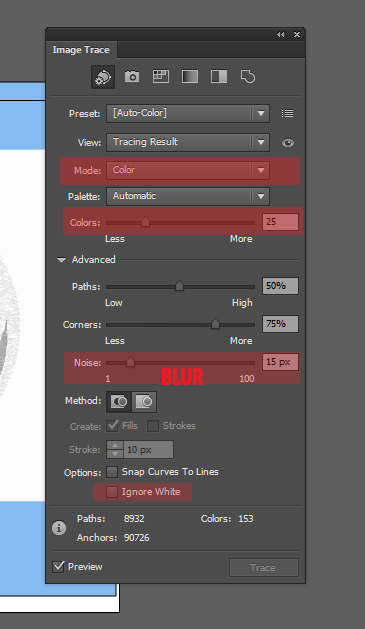 The Path Fitting and Minimum Area options from Live Trace are not directly transferable to Image Trace. However, adjusting the Paths options will sort of adjust things in the same manner.

Not the answer you're looking for? Browse other questions tagged adobe-illustrator cc-2014 image-trace live-trace or ask your own question.

1
How to image trace halftones in Illustrator
1
Straightening out jagged edges after live trace
0
Splitting a live trace into 6 parts?
2
How can I transform patterns in Illustrator to simulate a perspective?
1
Which is the inverse operation to ''Expand'?
4
How can I create cartoon green grass for covering a sphere?
0
How do you color vectorized art on Illustrator?
2
Possible to link raster Photoshop image to Illustrator to trace real time?
0
Missing the ability to link different artboards in an external document in Illustrator CC 2017
4
Adding background color to textbox in Illustrator CC