How to make an image look like an all-white sculpture in Photoshop?

I'm wondering how they actually achieved this kind of effect? 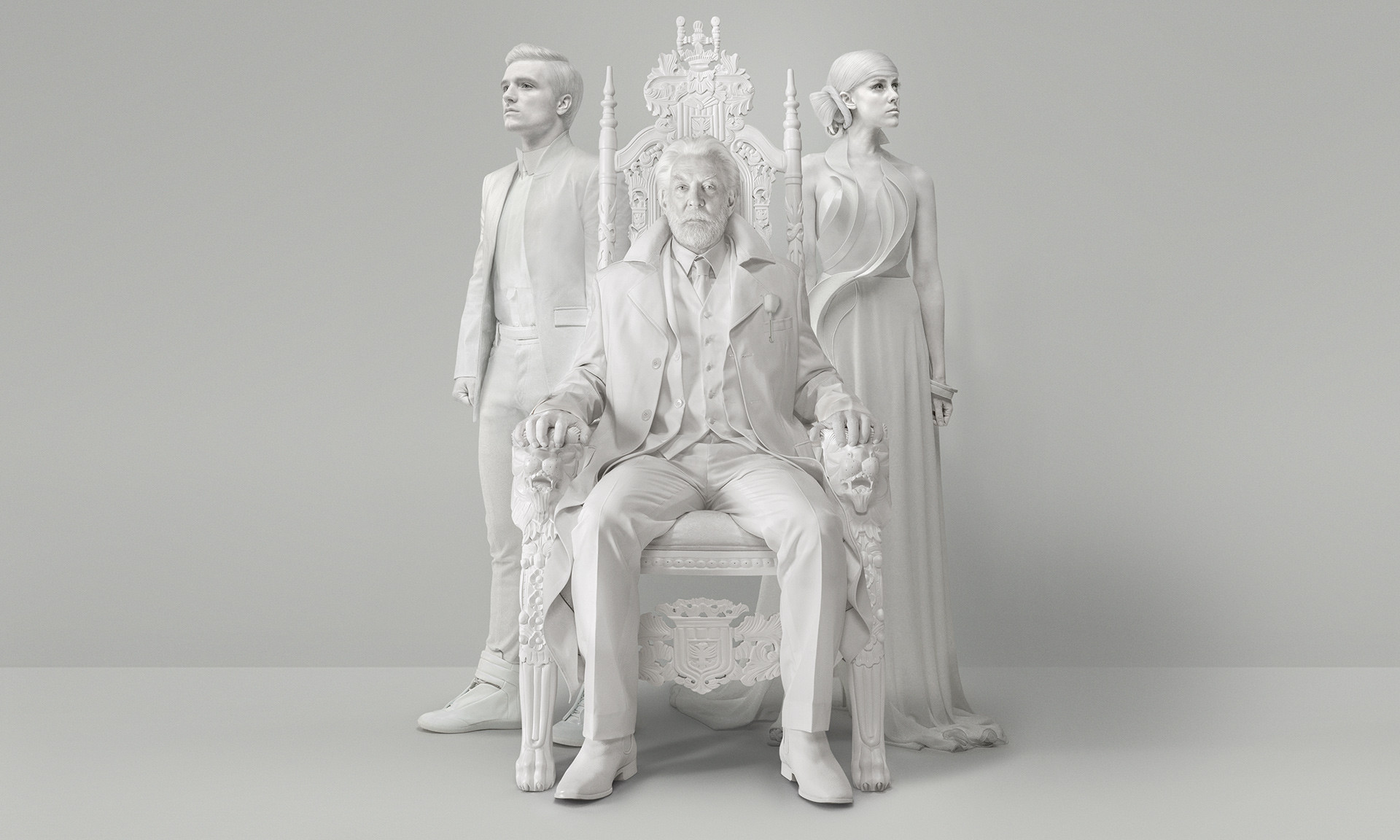 Could you give me some suggestions: are there any techniques to get the same effect? I tried many ways in Photoshop. I have more than 5 years of experience in Photoshop, but my results are not the same?

What should I do?

Your sample is not a sculpture. It's actors, in make up, in front of a camera. There may have been some post processing. However I'd wager that 80-90% of the work is actually in the photography and not in software. People do still take photographs. Not everything is created in software.

If you want something even close to similar you'll need ninja-style 3D modeling skills and then great texture creations for surfaces.

You could spend a huge amount of time on something like this with just a raster image editor and never match what the camera does with real life and makeup. However, if you've got great photo-realism painting skills you may be able to pull it off. As for "how to paint photo-realism" I wouldn't know where to begin explaining.

I was writing this answer for some other recently asked question but it was closed later for being duplicate, so instead I'm writing it here.

Although not sure about the technique used to achieve this but I think it's quite not impossible to achieve similar effect if you can spend some time in Photoshop. Further you'd need a lot of masking and separate layers, especially for visible body parts which are dark, like hair, mustache etc.

The technique I'm going to use is gradient mapping and can work better for visible body parts if:

All other stuff, like clothes, objects are relatively easy to approach for this effect, but again you'll have to separate them into different layers if they have color differences. For example, I've separated trouser and shirt as they had different colors and it would be difficult to use same effect layer on them. 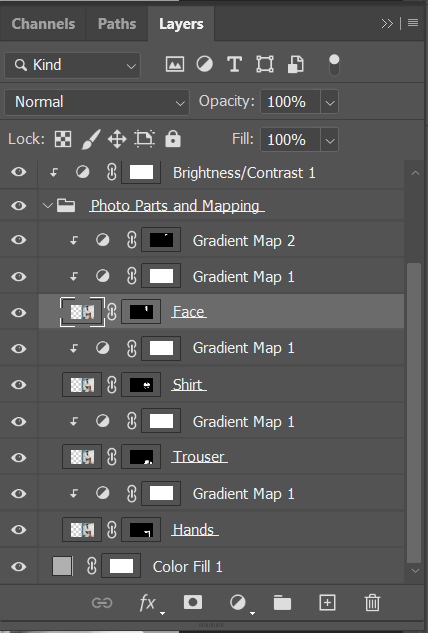 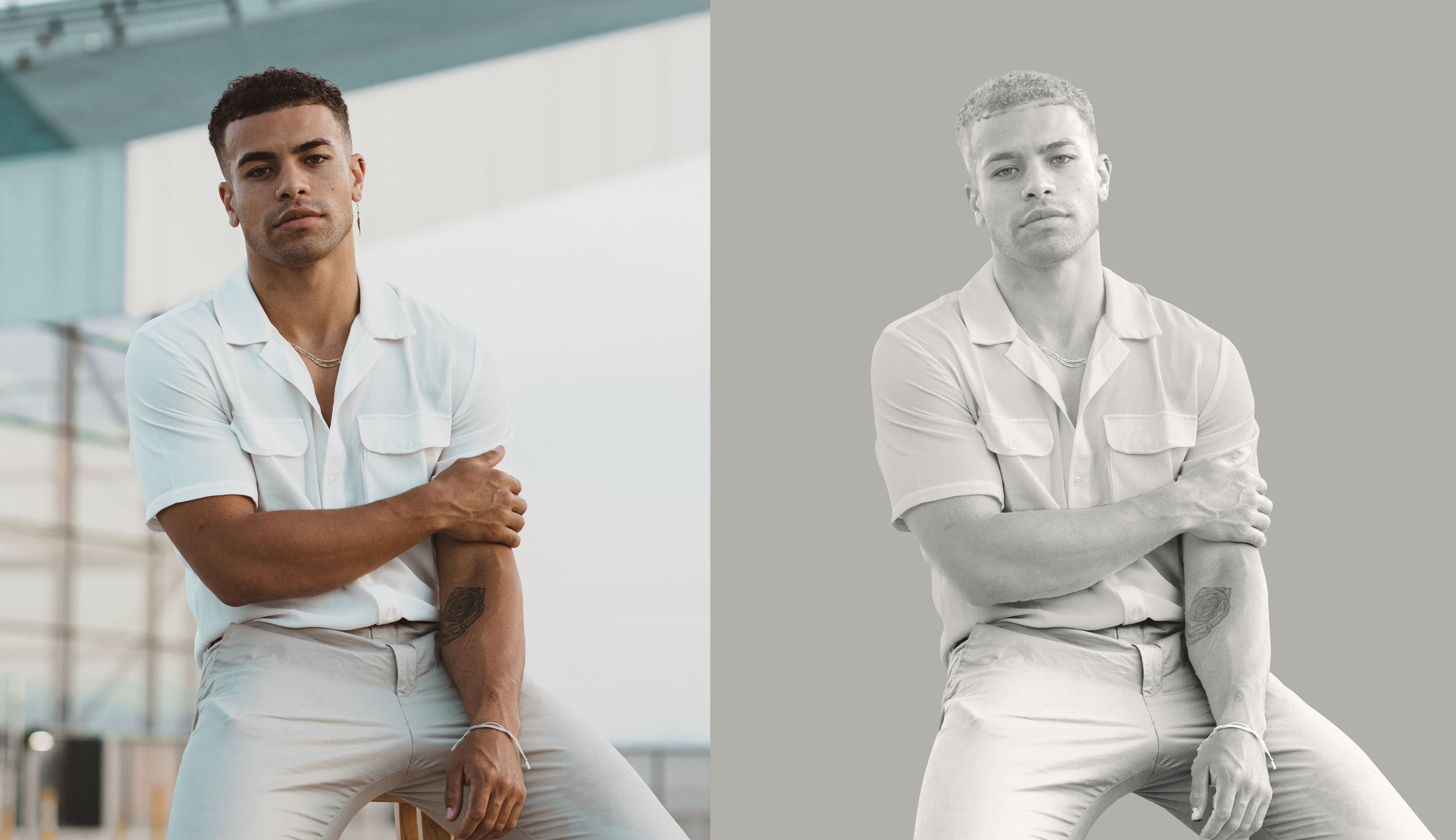 Further, final result (sculpture look) also depends on the objects inside the image, type of clothes they are wearing, original contrast and lights etc. For example, I would also possibly remove the tattoo on the hand of the guy.

2
Anyone know how to recreate this colour effect?
3
Things to consider when creating realistic highlights and dark reflections on metallic surfaces

4
How to isolate artwork from games for fan art
1
how to get that new JSFIDDLE/Twitter/Youtube effect in photoshop?
1
Should I read the tutorials or actually do it?
7
How can I color grade like Liam Wong's Tokyo Night series?
2
How to mimic the glittery look of makeup in photoshop
1
How to undistort this panorama image in Adobe Photoshop Elements?
5
How would one achive this black and white glitch-ish text effect in photoshop or illustrator?
1
How can I get this sort of effect on my photo?