Anybody can explain how to import the PSD files into Flash CS6.

I have tried this but i could not import the transparent image with the quality. It is getting pixellated and with the outline from the background.

The cleanest way to get around it is a little time consuming, but worth it if you need your layers/imagery crisp.

A note before hand: You can always try playing around with the objects in the library by right clicking on them and playing with the properties. You'll still have pixelated edges on some objects.

We've found that importing the psd, layer by layer does the trick as Flash doesn't attempt to compress all objects at the same time when you're importing one at a time.

When you import the PSD to library, you have the option to choose which layers you want imported, for example: 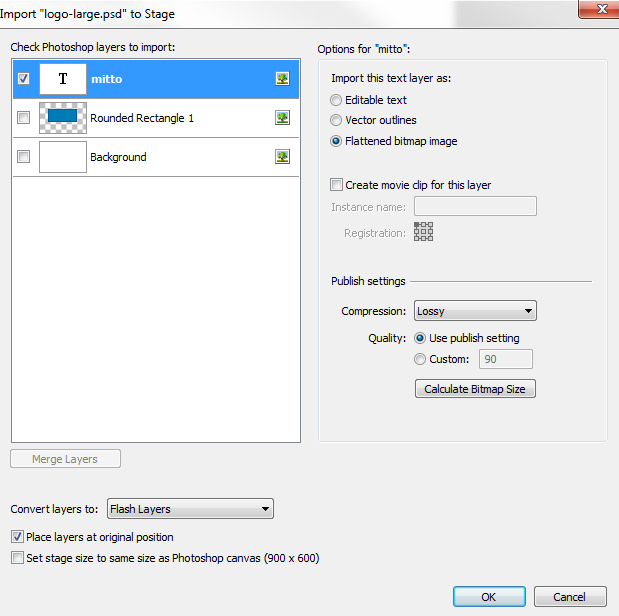 Choosing one layer and importing it and repeating the process should give you clean crisp objects in your library.

A comparison between doing it layer by layer and the whole PSD, you'll easily see the difference. The top is by importing the entire psd, when the bottom is layer by layer: 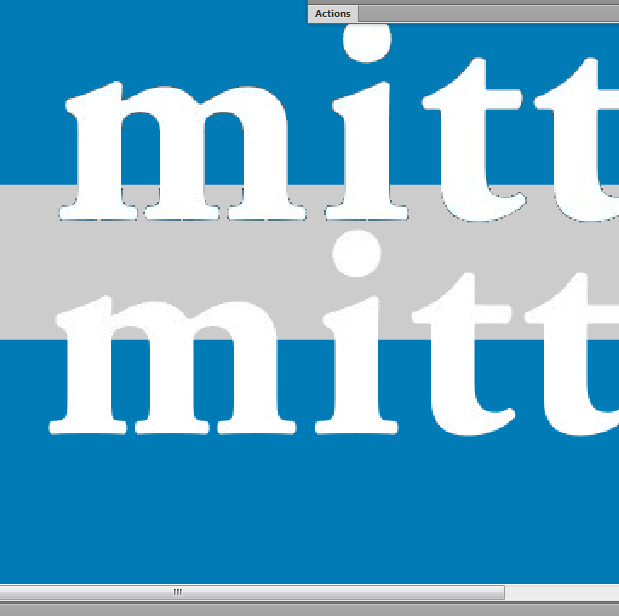 Time consuming but worth it.

Not the answer you're looking for? Browse other questions tagged adobe-photoshop animation gif image-quality adobe-flash or ask your own question.